March 30, 2008
What a great way to break a flyrod
by Administrator

There are a lot of ways that a man can break a fly rod, and I have made use of most of them over the last seven years, but today I think I am going to give out my "Favorite Way To Break A Fly Rod" award to FIGHTING A 23" BROOK TROUT.  Yes, this actually happened. 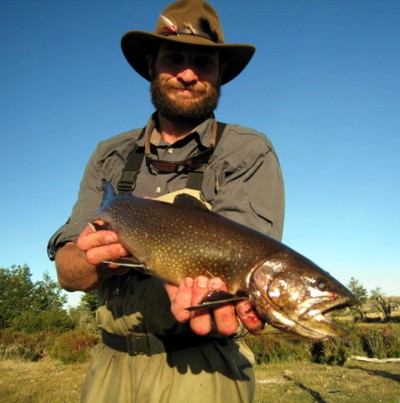 Yesterday on the Rio Corcovado having just landed and released an 18" hen brookie and standing in chest deep water I hooked this 23" male and fought him for several minutes, during which time he ran a long way upstream. When he decided to turn around and run back downstream I lost track of him on the slack line and failed to realize that his chosen route of escape had passed right between my legs. When the line finally came taut and the rod tip tried to follow it there was just nothing I could do in that depth of water to react fast enough. I did manage to land the fish though, fighting him the rest of the way with just the butt half of the rod in my hand, and the other half sticking out of his mouth like a giant tooth. Oh well. I can't cry too much; I just caught a 23" brook trout! Those of you who are not North American fly fisherman will likely fail to appreciate what this means to us Appalachian range types. So anyway I am in town again trying to buy another rod since that one was my spare, but it is Sunday and everything is closed. Looks like I'm stuck here until tomorrow. 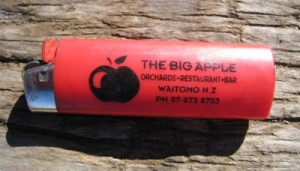 In other news, it was a sad day yesterday when the legacy of the Big Apple lighter came to an end after seven years of its having been used to light my camp stove. Erin and I bought this lighter in 2001 near Waitomo, New Zealand, and it has served me well ever since. Alas, it is finally out of fluid. Good thing I have matches. I am also sorry to report that I have already had to sew up a tear on the new pants I bought only three weeks ago. Any of you who are in the process of creating lists of indispensables for an extended wilderness excursion should make sure to include a needle and thread. These items have certainly proven to be among my indispensables, and I am sure glad I have them. 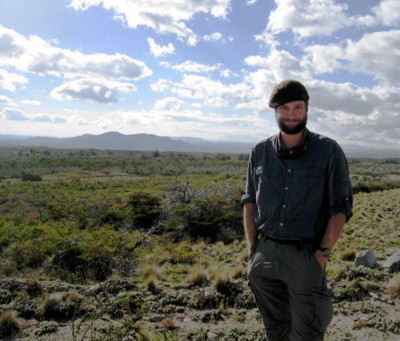