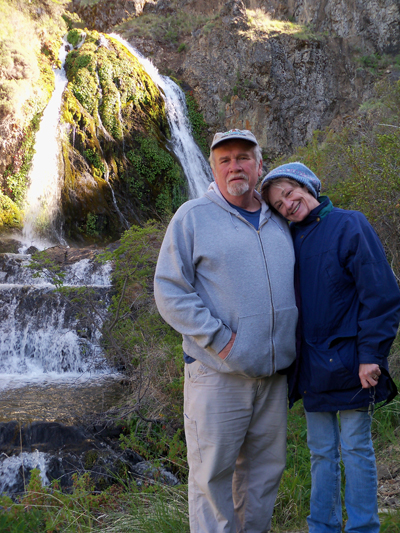 Hello everyone! Long, long time – no update; my apologies. But the trout have been keeping me occupied, to say the least.  First up on the list here though, is the video we shot last fall on our end of season wind-down trip, edited at last and ready for your viewing pleasure.  Check it out!

When November 1st rolled around I had the family down which was wonderful, and we spent a very nice two weeks 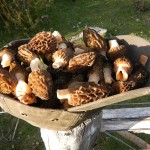 out on the water and in the surrounding area seeing the sites and bothering the fish. It has been a beautiful spring (now summer) and between the hiking, fishing, and mushroom hunting, a good time was had by all to say the least. Our last day on the water we did a float on the Rio Corcovado and at the takeout enjoyed the first total solar eclipse I have ever seen. What a treat.

In local news we’ve got much better water levels than we had last year due to heavier snowfall through the winter up high and a decent amount of rain throughout the spring, and November boca-time with Paulino, Raul, and Pedro was a blast. 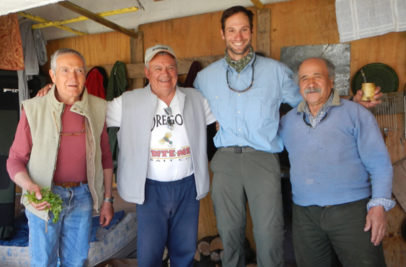 I had a group of Germans down then who were very good fishermen and showed me that the spey rod was an excellent tool not just for the boca of that river, but for all the excellent water down below there as well, leaving me all the more excited about the possibilities presented by this still relatively new (to me) tool of my life’s chosen work. Luckily Alex Miller of Red Truck sent me a brand new #7 Diesel which Tweed was nice enough to carry down when he came at the season’s start, and I am in Love with it beyond description. Learning to cast these things and getting accustomed to all the details of Skagit techniques is a whole new chapter in the book of my fly fishing life, but it is coming along, and the physics involved are just mind blowing. 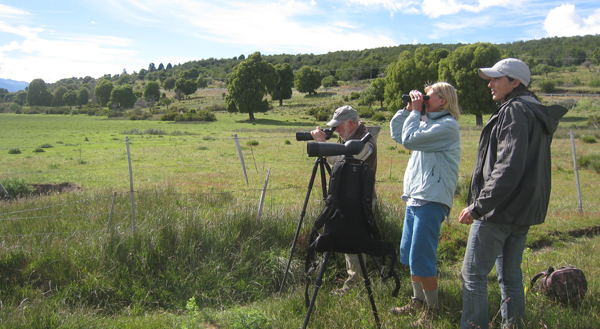 After that it was back out on the water with my next group, a lovely couple from Vermont who split their time with us between fishing and birding, observing a whopping sixty six species of Patagonia’s avian residents and bringing some very nice trout to hand in the meantime as well. I want to say thanks here also to my good friend Pocho Hann of Rio Pico, for allowing us access to show these folks around the first European settlement of the area, his family property, originally established as a wheat producing farm back in 1890, complete with working mill and grain separator, a general store, early German style architecture houses, and the hundreds of fruit trees that still make the now abandoned valley a beautiful place to spend the day. This is not a site that isopen to the general public, and it was a treat to be able to see and photograph the virtual museum of wonderfully preserved relics, and to hike up to the falls that Pocho’s grandfather first arrived at via ox cart so long ago. Also on the property are the graves of two Yankee “banditos”, chased down into the Rio Pico border country and shot after having held up and kidnapped the manager of Estancia Tecka back in the early 1900’s. The real names of these men were never known, but more than one book has been published which suggests they may have in fact been none other than Butch Cassidy and the Sundance kid themselves (see link for more information), making a list ditch attempt to raise some travelling money in the wake of having been run out of their own estancia up in Cholila some months before after their presence there had become known to the Pinkerton organization. According to the story, the group that ran them down and finally killed them near the Cahon Grande just downstream were looking to collect the ransom, and cut off the bandits heads with an idea to carry them back to Buenos Aires for identification. Eduardo Hann was a very religious man though, and had different ideas, directing the party at gunpoint to immediately bury the heads there on his property and then remove themselves from the area. The family has maintained the graves ever since. 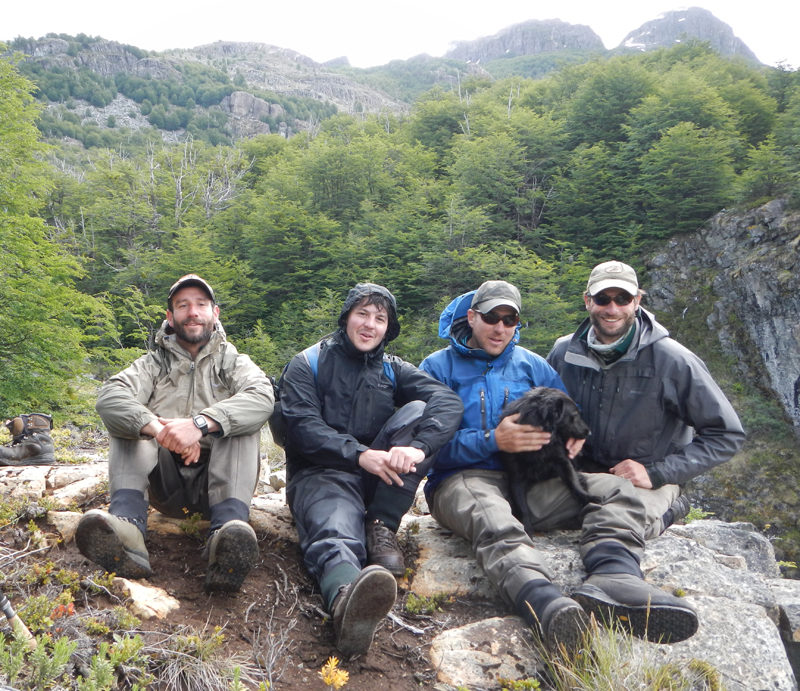 Just before Christmas I had a bit of a break and as usual used it to do some exploring, happily loading the truck up for that operation with my good friends Tweed, Hernan, and Redwood. Redwood is a new addition to the crew and another of those that just sort of wandered in on his own and became incorporated, this time all the way from a forest fire fighting team up in North America; but it was a fortuitous event, and the beginning of a friendship I expect to last a long time. Tweed and I already have 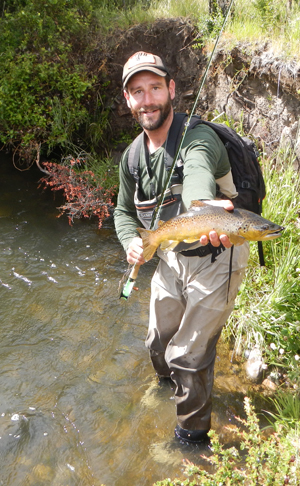 plans to visit him on the steelhead country he calls home sometime soon. I had had my eye on a couple of small streams that were in no way easy to access through any means other than with backpacks, boots, and a lot of hours spent using the two for some years now, and the time was ripe for them to be seen, experienced, and fished. We were not disappointed. All of the water we explored produced as good a result or better than expected, although what will perhaps end up being our favorite of the streams now carries the name Arroyo Mañoso, due to its extreme nature of moodiness that might well be compared with certain women I have known throughout this life. One particularly interesting note from that one was the presence of pancoras, a species of local crawfish that is common in provinces to the north of here, but very uncommon in our area of Chubut. The stream we were on was just chock full of them though, and it is a mystery I intend to solve figuring out what specific conditions in that particular arm of the drainage are the cause. Tweed, as is is fashion these days, threw practically nothing but twelve inch long Dorado patterns the entire time, and proceeded to catch browns after brown on the things, none of which were what you might call trophies, but all of which were at the very least ambitious predatory fish. What a trip though. We really weren’t sure what we would find when we came out, give that according to the Mayan calendar the world was supposed to end and all that while we were in there, but I guess maybe this post from Dave’s blog says it best: 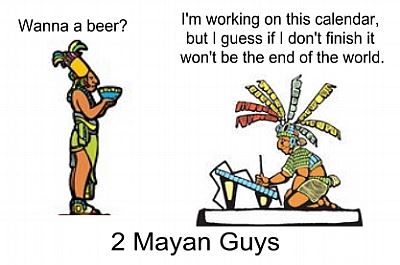 Christmas day Redwood and I treated ourselves to a huge American-style breakfast of waffles, eggs, bacon, and freshly grated sweet potato hash-browns, then as might well be expected we went fishing. There is a stream not far from home that for various reasons I only fish once a year, and it had yet to be done so we went. It did not disappoint, as it never does. When we got back we made European Hare tacos and listened to the soundtrack from A Charlie Brown Christmas, as I always do, and it was a good day, a good day to be alive. 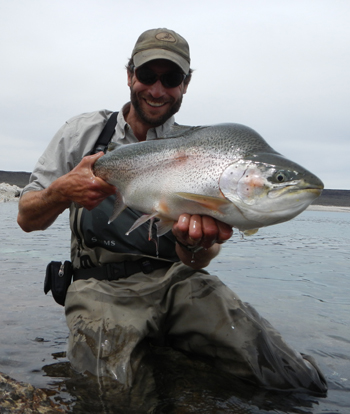 Last but not least I attended a wedding down on the coast of Santa Cruz Province, practiced with the Spey rod a bit on the Lower Santa Cruz, and then guided for a week at one of my favorite places in the world, Lago Strobel. Strobel, you may remember from earlier posts, is a landscape apart. This is an area of such high steppe and most desolate yet fascinatingly beautiful landscape it defies description, a place where one can still expect to find, even without really looking, such an abundance Tehuelche artifacts and enormous trout it is beyond belief. I myself left there this time with two new ancient boleadoras (one broken in half) and photos of some very, very nice trout from my one day of exploration between client groups. The clients also left with some very nice prizes, including this enormous beast, a rainbow caught by John that we measured thirty two full inches in length, weighing in at just over twenty pounds! What a place. I’ve got a couple more cancellation deals to offer for this location as well if anyone is interested, for the dates February second through the ninth, and while its short notice the discount equates to over $1,700, easily enough for the flight it will take to get down here; call our office up in the states or contact me here for details.

Now it’s back down to Rio Pico for several more weeks of guiding and limited connectivity to the world, but I’ve got a couple more days before I head out so all of you please write me an email and let me know how life is wherever you are! I am starved here for news