February 7, 2008
Side of the road
by Administrator

Well all good things come to an end at some point, and so it was that Mom and Mike 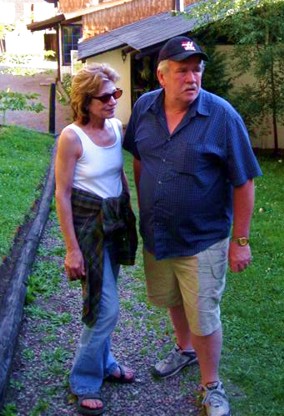 eventually had to leave me by the side of the road again in Patagonia.  Goodbye to endless food prepared by someone else; goodbye to thermal pools, goodbye to beds, and goodbye to massages. Worst of all though was saying goodbye to Mom, and watching her and Mike disappear around the bend in their cab headed to the airport. Before they left though we had a great time for a couple of days at the Minchos Lodge. Mike and I went out one day and did fairly well on the Rio Simpson. Both of us caught fish, and both of us lost BIG fish. Not half an hour after they left for the airport I had walked into a tiny little village that had a store which sold a huge selection of exactly three edible items, two of which were mayonnaise. 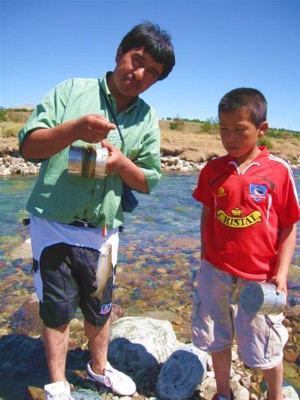 I walked out of the town and down to the river and met these two folks who were pulling out trout on a hand line wrapped around a can with a spinner. This was actually pretty neat, and I watched for a long time as they caught fish after fish. Will try to update again soon.