August 3, 2013
Planes, Trains, and Automobiles, from the Jungle to Trevelin
by

Hi Folks, I'm home!  It's been a long trip, but sitting at the kitchen table this morning looking out over my snow covered Andes I feel home, and that is a feeling worth having, at least for me.  It's something I was giving some thought to up on Lake Titicaca the other day, out on an island called Amantani.  Here the eight hundred or so families that make up the island's population have lived for many generations working the soil, and fishing, tending their animals, and helping their neighbors when a new adobe house needed to be built, or 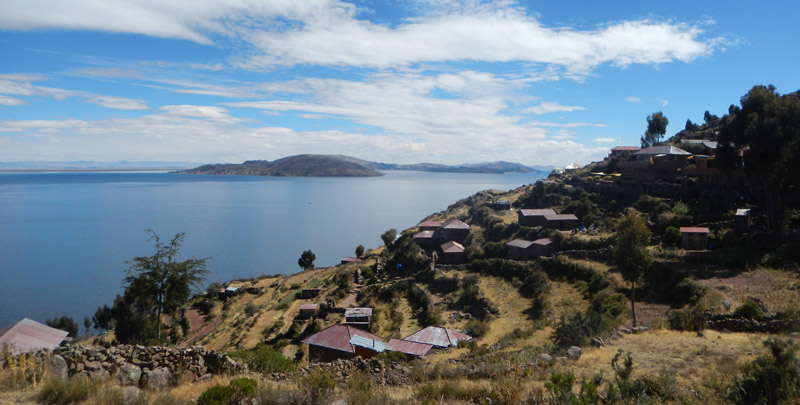 a terrace installed for planting.  It's a simple system of economics, sort of straddling the line between Eden style trust in the environment, and Amish style communitarian manipulation of that environment, and judging by the broad smiles and quick laughter of 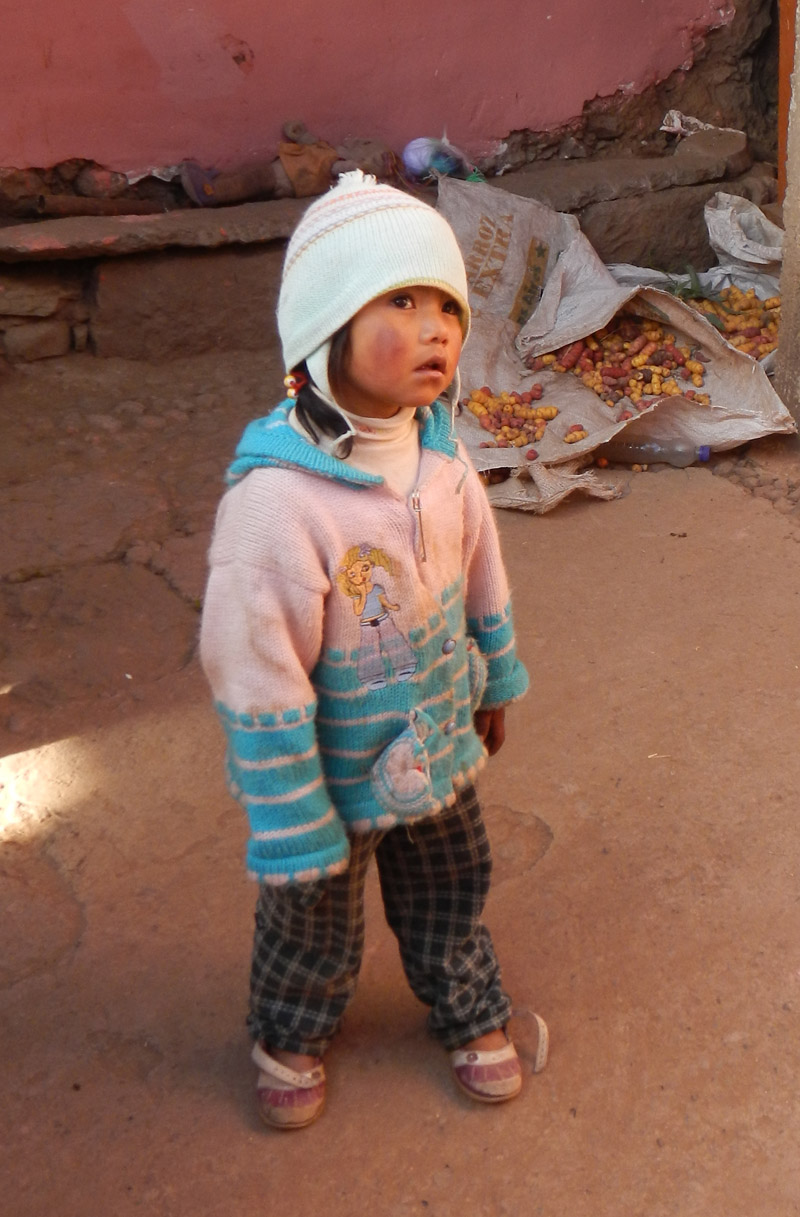 the Island's inhabitants, a system that has served its people well.  There is no crime, no police, no functioning church and apparently no need for one, no bank, no telephones, no television, and no traffic report on the radio.  There is a radio station, but no vehicles, or roads, so...  What there are, are a lot of well maintained foot paths, and perfectly tended

fields, and spotless little houses with ten million dollar views.  My opportunity to get to know it actually came through a program that places tourists in these communities' homes, in a guest bedroom so to speak (whichever one the family has moved some children out of for the night), and at the family's kitchen table as well, for a sort of inside look at what their 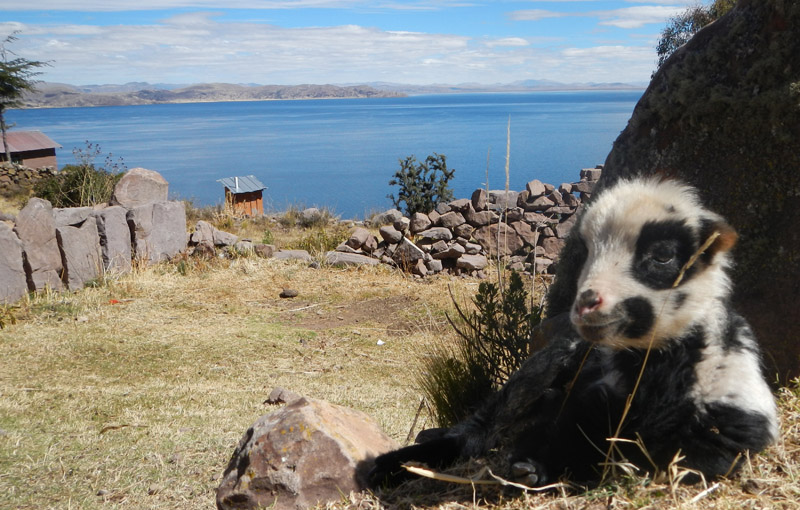 lives are really like.  The program has been around for a while I guess, but isn't quite yet popular enough to have made the whole thing turn out cookie-cutter. The family I stayed with receives guests only four or five times a year, so its still a pretty big deal for them each time a new goofy looking stranger shows up at the port.  It's kind of a cool thing really,

but there's a rub.  It's sort of like the rub that occurred when Eve ate the apple, or when the first band of hunter gatherers back in the fertile crescent said to themselves one day "you know this is cool, but if we start staying put and farming we'll have even more..."  And so, on my last day, after having enjoyed the lake (no bites) and wandered around the 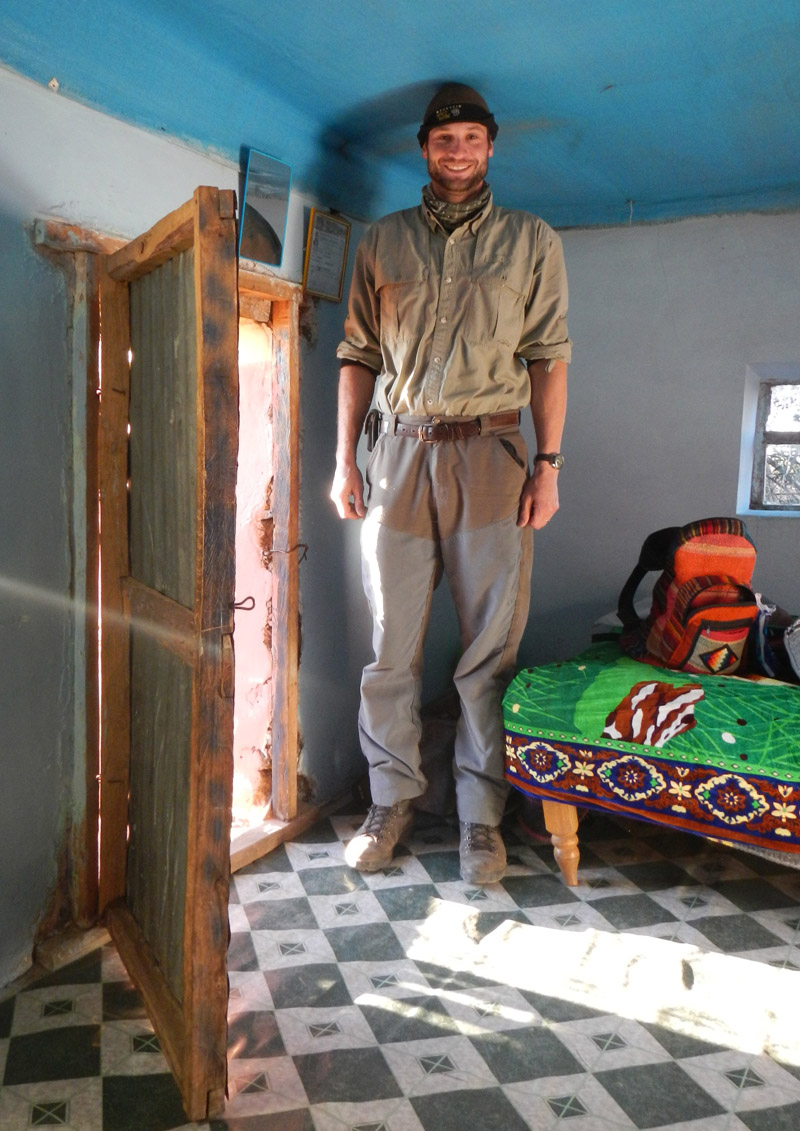 village and its surrounding hills in awe of the seemingly perfect community, having paid money to come there and experience it because I am from a place with all the ridiculous complications of the very economic insanity that allowed me to have that money to begin with, I get hit with the apple, in the head.  My now dear friend whose house I just spent time 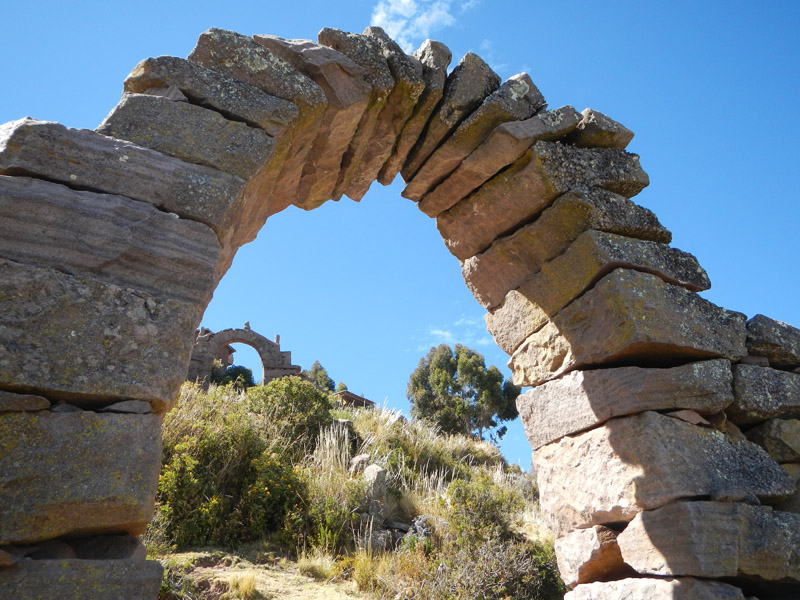 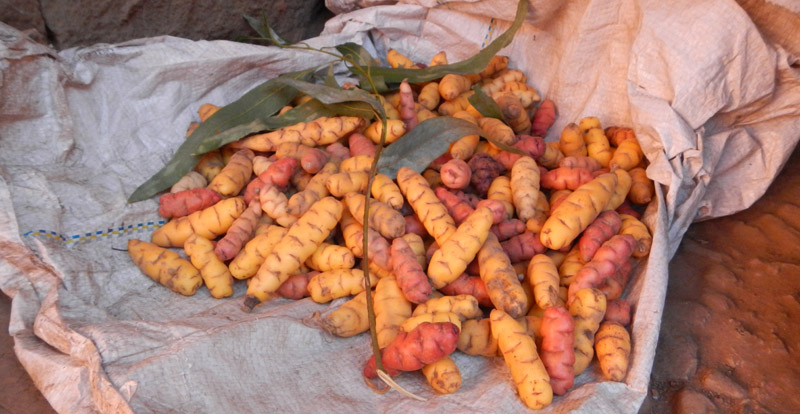 the man whose home I am paying to be a guest in, whose children I have just spent the last several days being envious of, and who I now feel very, very sorry for.  Because he has eaten the apple, and there is no going back.  So anyway - other stops along the way included a really cool little town called Ollantaytambo, which has awesome food with incredible salsa and hot lemonade in a variety of little local restaurants for less than two bucks.  Oh yeah, and cool Inca ruins.  In fact, the whole city is built literally atop cool Inca ruins, most of the homes having Inca 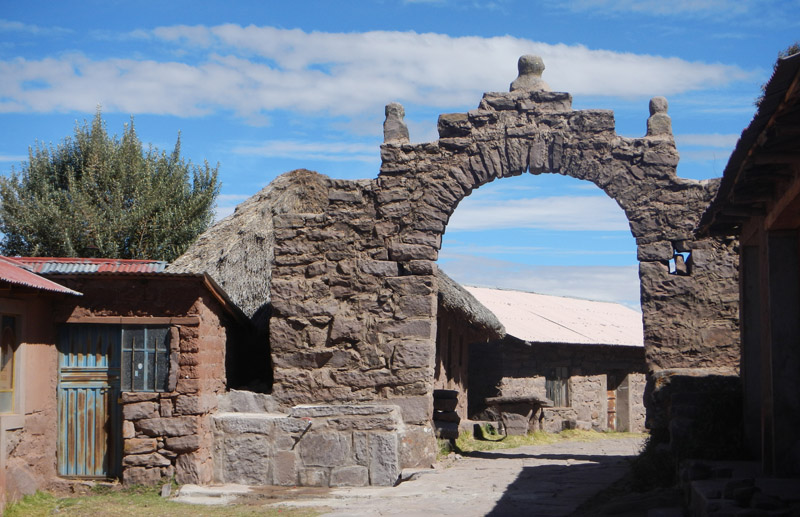 architecture stonework running about halfway up through the structures.  The streets are narrow, and stone, and the whole place has a feel to it of age, the good kind of age, the kind that makes you and your ideas of nationality seem very, very young.  There was even a neat lady on the plaza named Justina, whose finger-weaving I shot video of for what 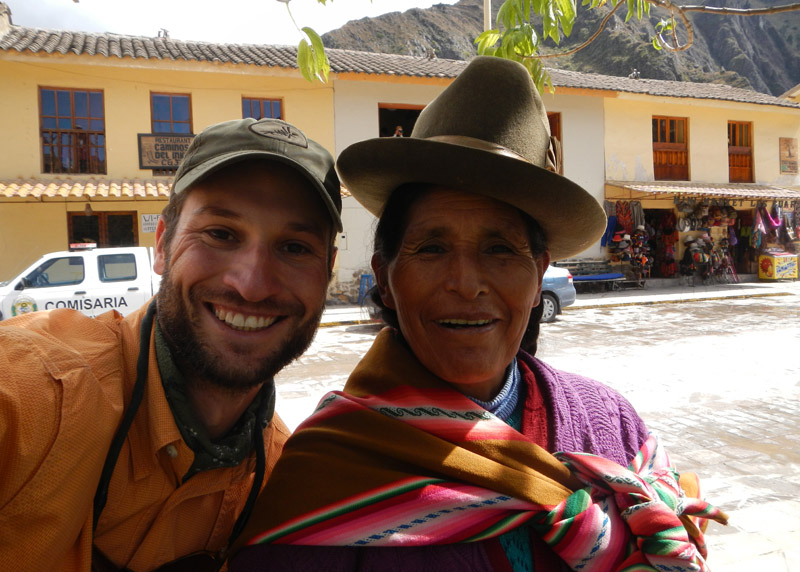 seemed like only barely enough time to get the tiniest idea of what the thing was actually like for the eyes.  The only truly frustrating thing about this area is that the rivers are crappy.  And when I say crappy, I don't just mean the fishing.  They are full of everything the towns and cities that sit along them consider waste.  And that, ladies and gentlemen, is a material designation with some serious reach.  This is scary, and frustrating, when one is traveling through such spectacular country and so in awe of its beauty on so many levels.  But it is what it is.  Luckily for the world these rivers are all headwaters of that one great cleanser down below, the Amazon herself.  And cleanse she does.  That what she's good at.  I just wish we didn't have to work her so damn hard. 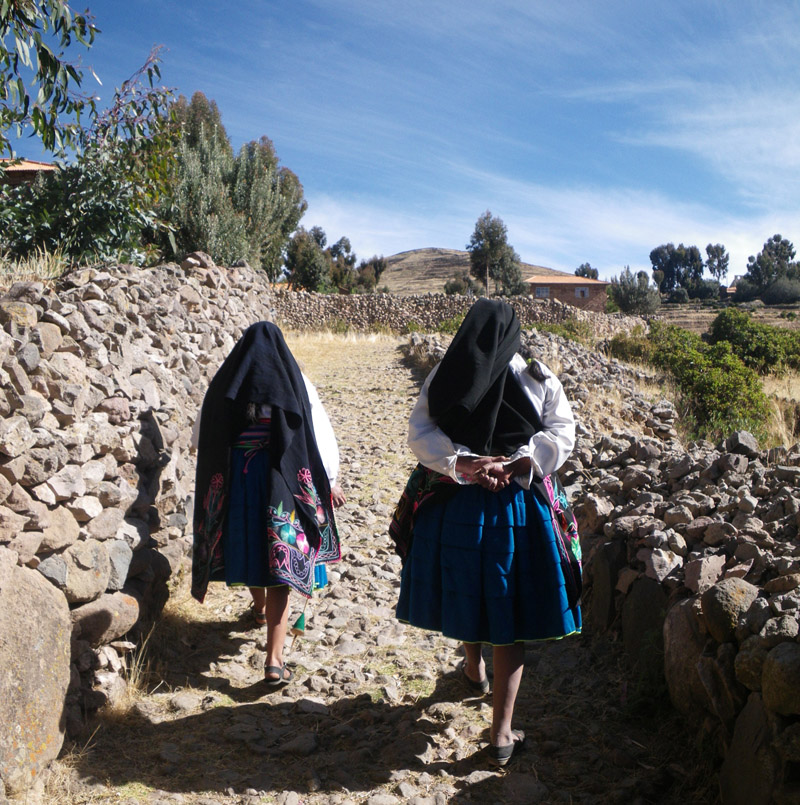 Lima I probably couldn't say enough bad things about.  So I'll keep my mouth shut.  Except to tell the story of kicking in the front grill of a car that almost mowed me down.  Not much attention is paid to crosswalks and traffic lights in Lima, not even in the (relatively) more civilized bario of Miraflores, where as I crossed the street one night a gentleman trying to run the red light screeched to a stop more or less where I had been only a half second before his car ceased motion, from which position I had leaped to avoid being mowed down.  And,..well,.. I don't know what came over me - I just roared, and before I knew it my right foot had crashed through his stupid little plastic front grill.  Honestly it was simply an animalistic reaction - fight or flight, and if I had any choice in the matter I didn't realize it at the time.  We made eye contact then, and I was sure he would get out of the car and there's be a big hullabaloo; but no, not at all.  When I finally moved out of his way he just drove on, staring straight forward.  Guess he picked flight. 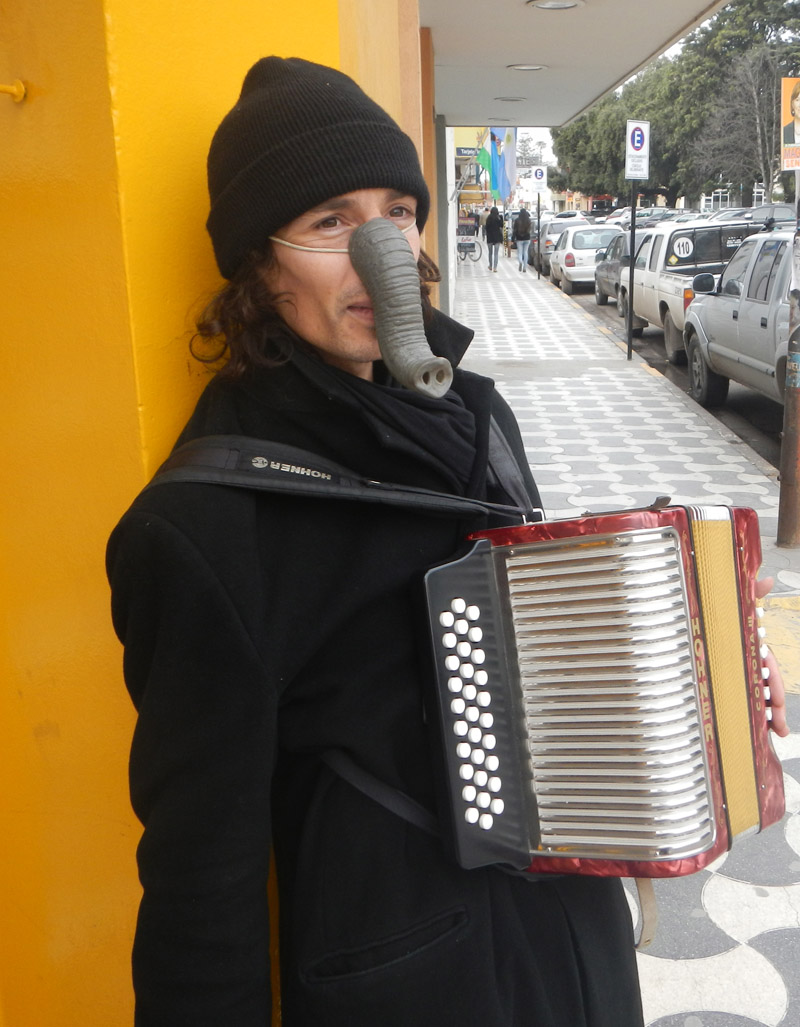 Eventually having left La Paz on a plane that went to Santiago, and then arriving in Buenos Aires via another plane, I moved on to the last part of my journey, across a yet unexplored by me (yes, there is still plenty) area of Patagonia, via the Patagonian Express!  This train used to connect quite a lot of what we'll loosely call the "economy" of the area in which I live and run my business, but like most places that have switched everything over for some odd reason to trucking, the days of the train are long gone.  Now we have service just once a week in each direction between the coastal town of Viedma at the mouth of the Rio Negro and the city of Bariloche.  Viedma is actually a neat place, and one I had not previously known.  Walking across town the morning before my departure I even ran across this nice fellow, standing on a corner with an elephant mask and playing one of my all time favorite accordion pieces (yes, I have an all time favorites list of accordion music), the soundtrack theme from Amelie! 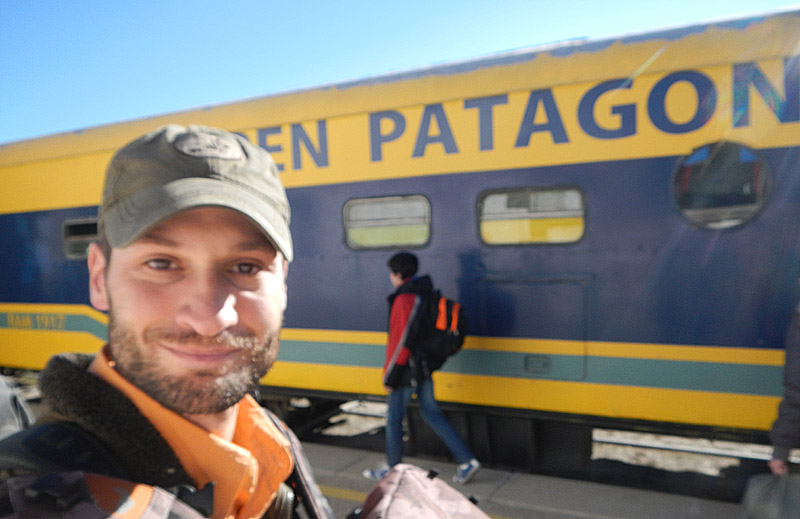 Trains though, are cool.  Like, seriously cool.  For less than the cost of a bus ticket I got a private room with a bed, and nineteen hours later got off at the station feeling fresh, rested, 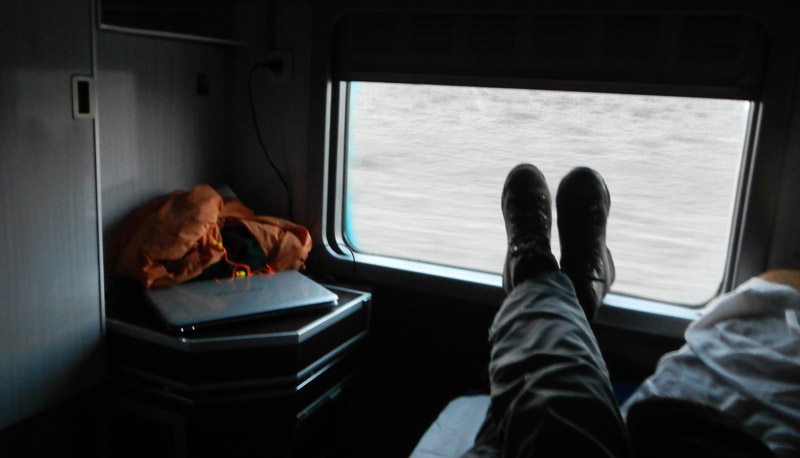 and happy as hell to see my good friend Hernan standing next to my truck with a grin on his face.  What a trip!

So anyway, I'm in the office here for the next month or so I think, then headed up to the states for my first visit in three years.  Anybody who wants to look me up and say hello should be able to do so in Georgia early in September and or late in October; otherwise in New Orleans (there are redfish there, and sharks) in between.  In the meantime write me an email, all of you, and let me know how you are doing.  I look forward to talking with you soon!