Happy late Thanksgiving wishes everyone; I’m afraid the date slipped past this year 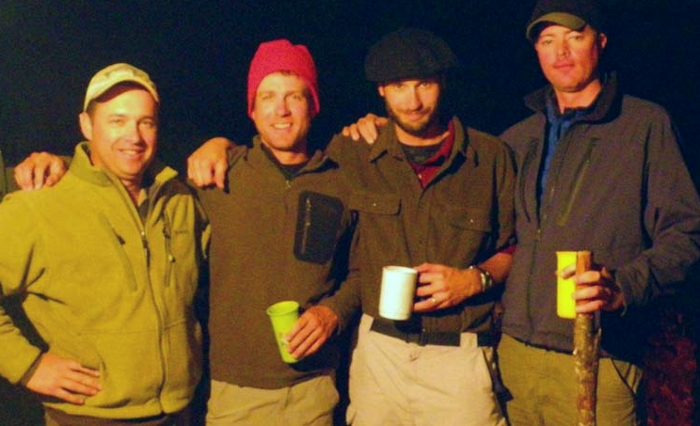 without my notice, as I was in the backcountry and outside my calendar indeed. Otte and I headed out to do a couple of exploratory missions this last week on some drainages up near the Chilean border in the hopes that we would find large-format brook trout. And that, ladies and gentlemen, is exactly what we found! 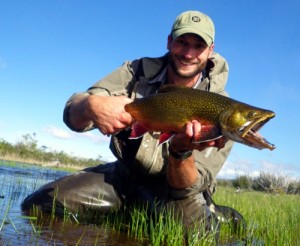 Rolling into town fairly late the first night we bought supplies and headed out to Lago 3 for a dinnertime cookout with Colin McCrossin and German Barrientos, both just in from Chile, and it would certainly be fair to say that a good time was had by all. Then the next morning as I cooked our breakfasts I cracked open my first ever real-life double-yoked egg! Normally I wouldn’t have thought 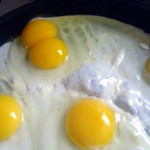 much of this, but in Argentina it’s a pretty big deal.  Most folks experiencing such a phenomenon down here immediately drive to their nearest lottery ticket sales venue and load up on chances for the big prize. It’s supposed to be a sort of sign of serious good things to come, you see. I just ate the eggs though and skipped the lottery tickets, choosing to consciously apply whatever luck the yolks foretold to the day’s fishing I was about to unfold. I was not disappointed. Various factors and stimuli over the past few months have pointed me in the direction of the drainages we were set to explore, including a client group scheduled for January that 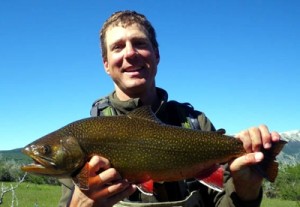 is specifically interested in large brookies, scattered bits and pieces of half-heard conversations from the likes of certain oldtime local settlers like Paulino and Nikita, and a few choice tidbits from the content of some rare and mostly out of print books like Charles Kroll’s “Squaretail” (Vantage Press, 1972), and “Brook Trout”, by Nick Karas (Lyons Press, 1997). 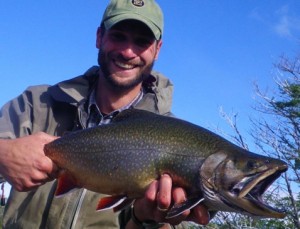 All of it put together was just too much to resist, and so we had to go take a look for ourselves. The idea was to find the best-of-the-best of what we thought our clients would be able to access in terms of the closer-to-road sections of these drainages full of Salvelinus fontinalis, then to push upstream (or down, as sometimes the case turned out to be) beyond the easy access into the harder, steeper, country deep within the cordillera, and see what we could find along the way. What we found were brook trout, and big ones, most of which at least acted as though they had never before seen a human being or a fly.

The country we passed through was at first just a skosh outside of what we know gets fished, but as we pressed deeper and deeper into the high forests and rough canyons beyond, the results got better and the fish larger, prettier, and less educated with each westward step. 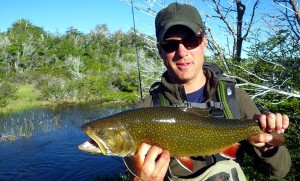 I don’t for a second think that we got into the best of what was out there; in fact I know we didn’t, because we saw some of that and it never came to hand; but any day an angler can bring more than one brookie of five or more pounds up for a photo session, much less six or seven of them, is a day they will likely remember for the rest of their lives as one of the best they ever passed on any stream. And we had several of these days on a diverse set of streams! Most of the fish we found ate our dries, streamers, and nymphs with what you could only call reckless 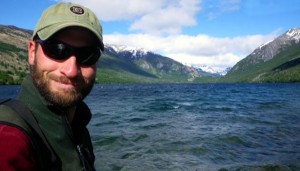 abandon, and while the access was at times quite challenging and the casting could certainly be technical, even where it was flat-out impossible just simply seeing the beasts beneath the surface offered a great sense satisfaction and accomplishment. These were days I will think back on for a long, long time. And the best news is that in the end what we really came out with was even more questions, and even more new water that needs to be explored than what we had when we went in.

So for now, while the work piled on my desk demands attention, when that stack gets to a manageable point it will be replaced yet again by maps and legends, and the next exploratory mission will be planned. 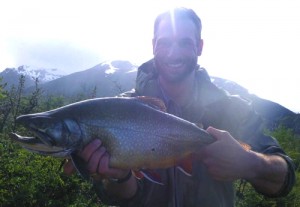 Then the backpacks will get packed and we will go. Sometimes life is as simple as that; and how nice that it should be so. I hope you all had turkey and stuffing on Thursday and that it was good, that you passed a wonderful time with your families or friends, and that if you thought of me or imagined my whereabouts at all, what you pictured in your minds was somewhere close to as beautiful as the streams where I actually was. I only wish I could have been both places at once.