December 11, 2007
Off the Island
by Administrator

I have left the island of Tierra Del Fuego and am now in Puerto Natales, Chile. After 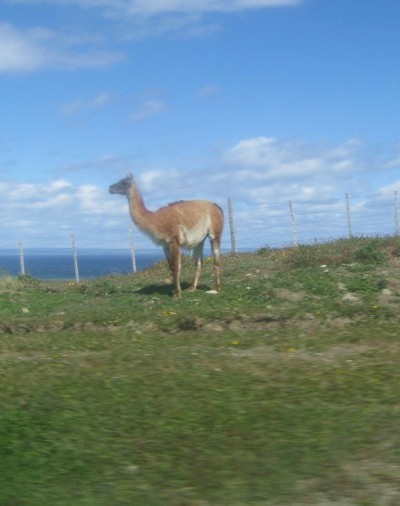 walking out of Rio Grande (which seemed to take forever) I walked all the way up to the Chilean border where I was picked up by a nice Swiss couple that were nearing the end of their three month honeymoon in South America. This was a welcome blessing, as at the time it was snowing so hard I couldn't see more than ten feet ahead of me and the wind was trying its best to stop my forward progress altogether. The wind here is like nothing I have ever known before. It has actually blown me off of my feet twice now, and generally makes forward progress into it feel like trying to walk upstream in a river while neck deep. The only other time I can remember wind like this was while climbing Mount Olivier in New Zealand back in 2001, but that was just one day - this is almost constant. 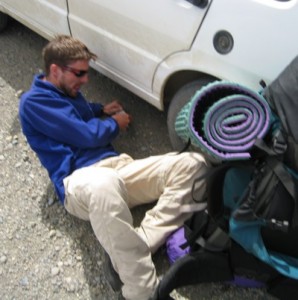 I stuck with the Swiss all the way to Porvenir where we boarded the ferry to Punta Arenas. Punta Arenas was nice, for a city, and I stayed the night there (we didn't arrive until 11pm) in a hostel that was populated by a bunch of very young, very drunk American kids. They were so loud I got very little sleep, but managed to get an early start anyway the next day. It was lucky too, because after wandering around Punta Arenas sightseeing for a while and buying my Chilean fishing license it took me a long time to walk out of the city. I walked maybe twenty miles that day before being picked up by a guy in a van who ran us out of gas halfway to my current position, Puerto Natales. I was only about twenty kilometers from what looked on the map like a decent river though, so I struck out cross-country and hit the river in the late evening. I fished for a couple of hours, hooking and then losing two trout. I saw both fish; one of them was very small, and the other was very large. Oh well. One of the problems I've been experiencing is that after I carry the backpack for twenty 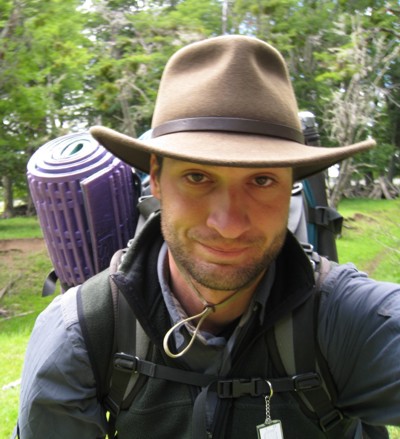 miles and then get to where I am going, I am more or less spent, and what fishing I do I do not do very well. I think in the future I am going to try and get to some sort of base of operation and spend several nights in one place to fish. Anyway, I spent the night out on the campo and got up this morning none too early. While I was making tea an honest-to-goodness vaquero came riding through my camp pushing a couple of hundred sheep with his dogs. The horse he rode was one of the most amazing creatures I have ever seen. I worried that he might be upset with me for being on the estancia but he just said good morning and asked me how the fishing was. This is Patagonia. Around mid-day I hiked back out at an angle to intersect the road again and caught a ride in a truck here to Puerto Natales. I intend to rest here for two nights and then head into Torres Del Paine National Park for a week or so.  Pictures are of a guanaco out on the pampa, one of the Swiss fellow trying to repair the car with my duct-tape, and one of me. I hope everyone back home is well; I miss you all. NOTE: I have received several questions regarding what I was "smoking" in one of the pictures posted below. I wasn't smoking anything, of course, that is a mate cup. Mate is a traditional tea like drink down here, and it is sipped through a metal straw that has a screen at the end because the yerba is poured directly into the cup, then water is poured on top of that. It is actually quite good, so I bought my own cup and straw which I carry with me.