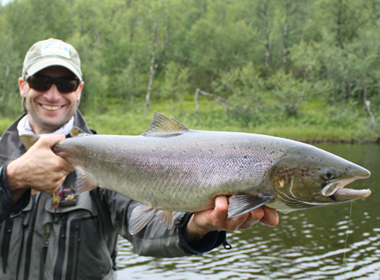 Yes, yes, it’s been a while; I know. But sometimes it seems like between all the getting onto and off of planes, and into and out of boats, there just really isn’t much time to even write! Oh well. It is what it is. Over the past couple of weeks though there have been a few too many awesome adventures for me to fail in their relation (or, that is, in their relation to my relations). So from this desk where I am seated currently in the town of Naberezhnye Chelny, just West of the Urals, I will describe a recent trip that took me fishing up above the Arctic Circle. 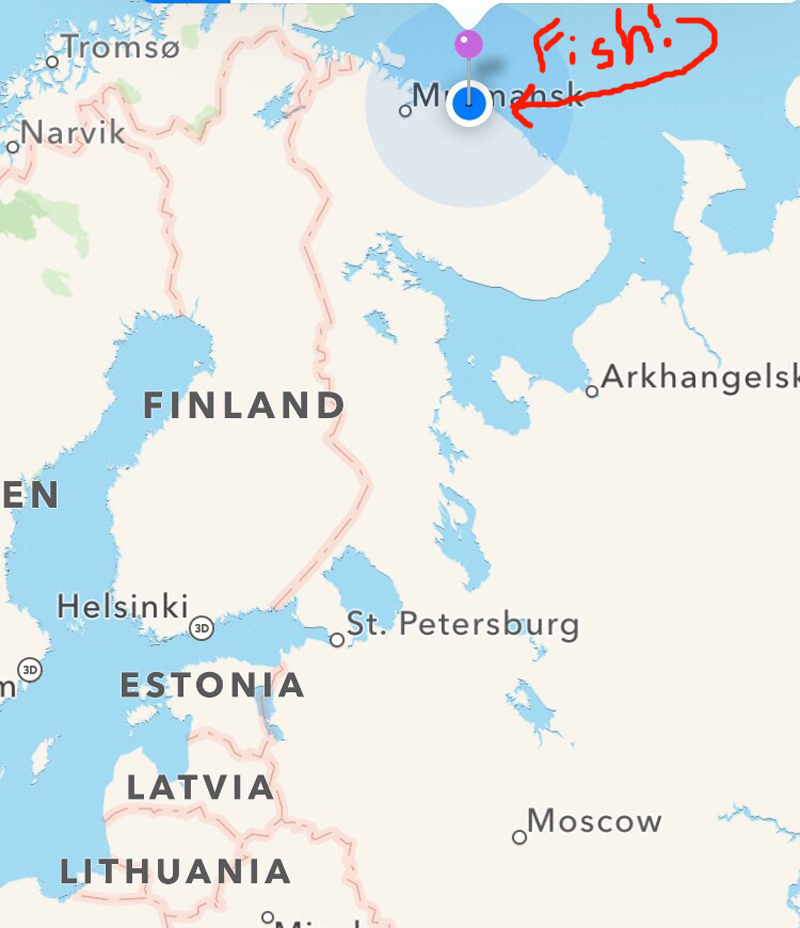 This was in fact, by far, the furthest North that I have been yet in my life. And even closer to the North pole than I got to its southern brother when I landed in Ushuaia, which some of you may remember from the beginning of that long walk back in 2007. But after flying into Murmansk last week, and then driving NE from there another three or so hours, in the end I landed at 69° 3'33" N, which, let me tell you, is up there. To reach this same latitude in Alaska you’ve got to get way north of the Brooks Range, like, right up into polar bear country. 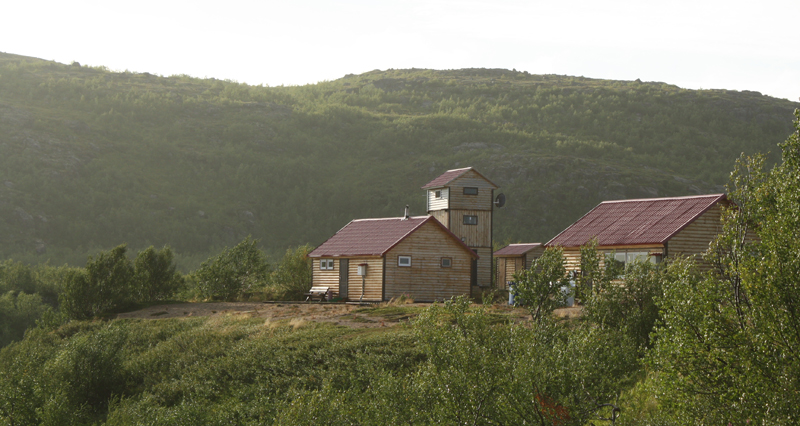 My destination was Belousiha Lodge, an Atlantic Salmon operation on the Belousiha river, that had invited me up to have a look so that we might consider adding them to our soon to be published Hemispheres Unlimited catalog (look for a post on that upcoming project launch sometime in the next couple of months).

I’d been invited up by the editor of Russian Fly Fishing Magazine, Gennady Zarkov, who I had guided down in Rio Pico several years ago and have stayed in touch with since and even written a few articles for here and there. He had been telling me about this lodge for a while, it being one of the few on the Kola that do not require a helicopter flight to access, and yet at the same time controlling the entirety of one of the best rivers in the area. So I thought since I had the time this year I had better get up there and have a look around. Khadizhat was along on this journey as well, which was nice, since my Russian is unfortunately still far worse than basic and even though the guides at the lodge spoke good English I still had to get there. Get there we did though; and upon arrival we were welcomed warmly by the lodge owner and a very friendly, mostly English speaking staff. 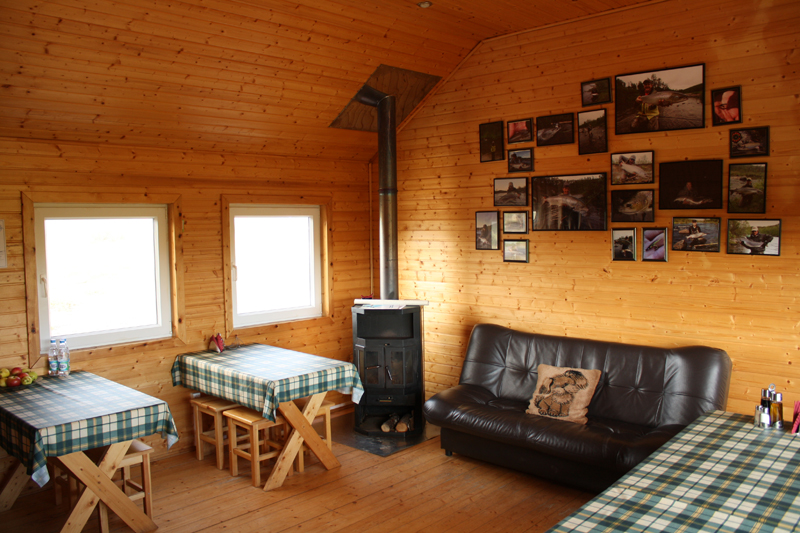 The lodge itself somewhat reminds me of Laguna Verde, the place I have been working with for years on Lago Strobel, simple, yet within the context of its spectacular surroundings really quite luxurious and exactly what is called for. Guests sleep in individual two-bed cabins, each with its own woodstove, and also have 24 hour access to the dining room, bathhouse, and sauna, all of which are exceptionally well built and offer amazing views of the valley and river below. We actually got in pretty late, only a couple of hours before dinner was to be served, but those who know me well won’t be surprised that I couldn’t wait, and twenty or so minutes later I was hiking down the canyon with Max, one of the lodge’s younger guides.

And well, it didn't take long before I was hooked up solid and jogging... 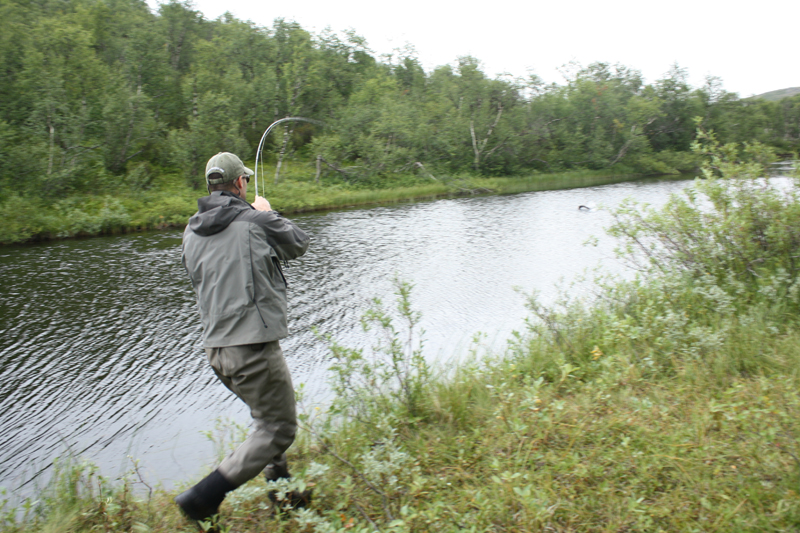 The Belousiha is a neat piece of water, with highly varied, classic structure and spectacular surroundings. It flows down from the high country where a couple of lakes form its source, and then into the Voronya River, which in turn enters the Barents Sea just a short distance further North. And it is full, even in August, of Atlantic Salmon. It didn’t take me long at all to get into fish, but it took a bit longer for me to get used to the idea that I was going after them with a five weight.

Salmo salar is really just such a classic fish. Everything from their perfect lines, to their anadromous lifestyles, to the way that their behavior in the rivers changes so drastically from month to month as they play out their yearly freshwater dance. It’s just an awesome species. And I’m into that. But seriously, a five weight? Max just nods. Apparently they fish eights in May and June, and sevens in July, but by August its five weights, twelve foot leaders, and, well, by my standards at least, tiny, tiny little flies…. 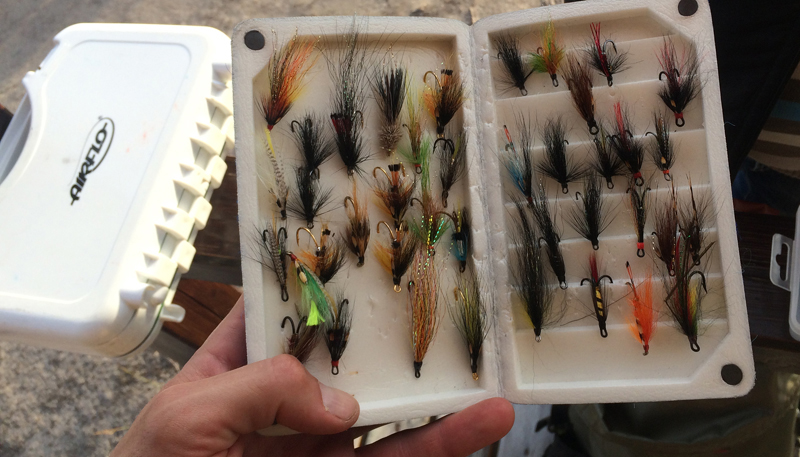 Ok. I nod. As you can see from the photos though, I also managed to make it work. And to be honest, I wouldn’t have had it any other way. Over the rest of the week I explored all the way upstream to the river’s source, and downstream to its confluence with the Voronya, and swung cute little jungle-cock-eyed fully-dressed salmon flies above the noses of fish after fish along the way. 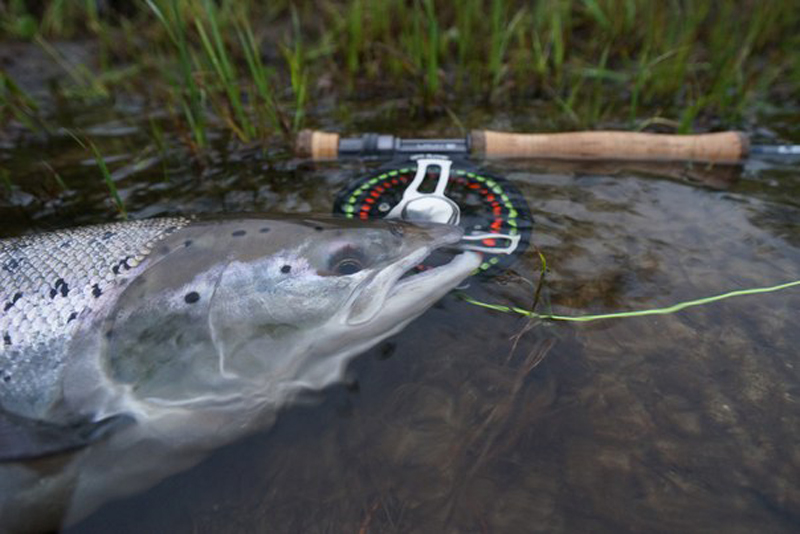 In addition to the Atlantics I also caught my first ever grayling, which was really cool, and discovered that pink salmon, of all things, had been moved here from Kamchatka during the Soviet period! Why? Well, we don’t ask. In the meantime I also saw a ton of awesome country and interesting animals including moose, bears, and mink, plus a really surprising find – the Moor Frog! 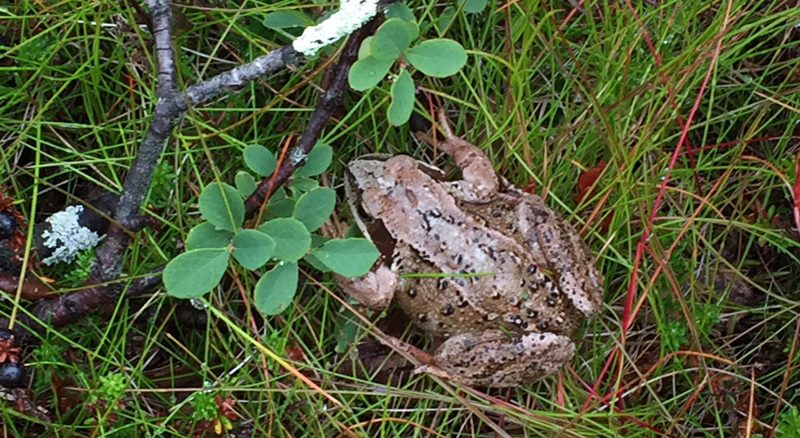 Who would ever have thought there were amphibians living this far North? Khadizhat actually found this little fellow, and according to what I have learned since she photographed him, they even hibernate somehow through the winters, living several years in their adult form as frogs! Along the way we also gathered and ate a huge variety of wild growing berries and edible mushrooms. The quantity of naturally occurring food throughout the summer months up there is literally astounding. Crowberries, blueberries, cloudberries, lingonberries,.. the list goes on and on, and the mushrooms are quite simply, everywhere.  And you gotta Love a girl who will be out flyfishing in the rain: 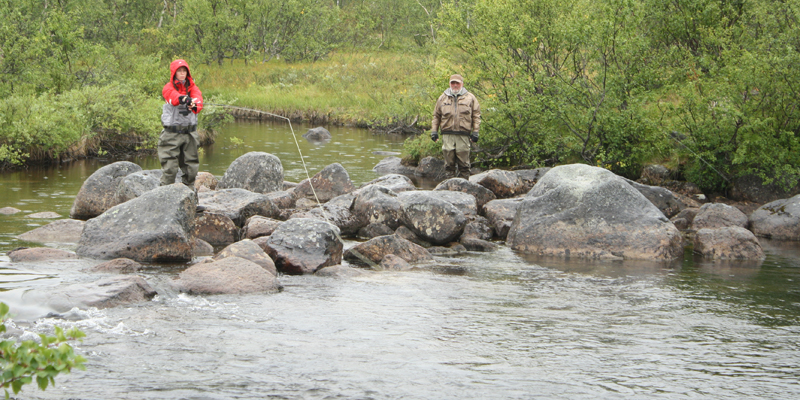 And on the subject of mushrooms, (edibility in this case debatable), I also encountered my first ever Amanita muscaria, probably the most classic looking mushroom on earth, and also a powerful entheogen with a long and rich history of shamanic use. You simply cannot imagine my delight at having finally come across these amazing little fungi. 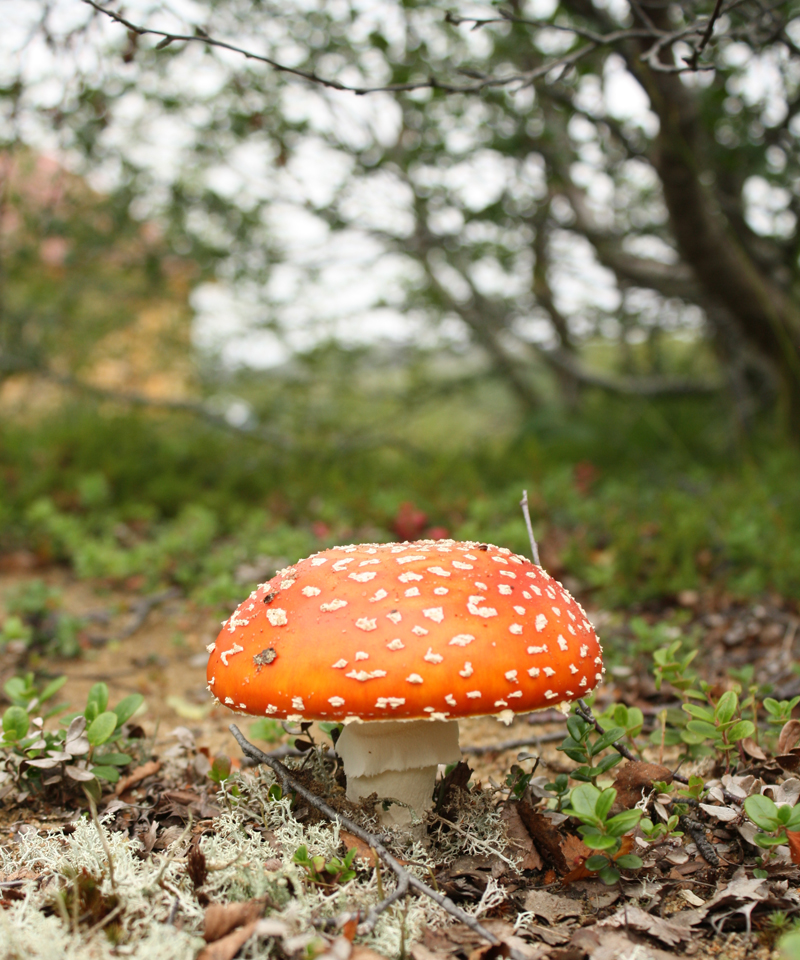 Last summer I spent many a night sitting around the campfires in Kamchatka discussing Koryak religious practices with Velodya, our native guide, and he told me long and wonderful histories of his peoples’ use of the A. muscaria medicine (known to the Koryaks as “wapac”), as well as how it came to exist on Earth in the first place, having been spat onto the planet’s surface by their deity Vahiyinin (which literally means "Existence") and then spread around the globe by a Raven who had discovered the mushroom’s powers after it helped him carry an entire whale back to his nest. The species is in fact widely ranging now, and is thought to have been used by lots of different cultures for a wide variety of purposes: all the way from being the pre-battle wind up meal of the Viking berserkers, to having been the “Soma” so widely mentioned throughout the Rig Veda of India, even to being perhaps the origin of the legend of Santa Claus and his red suit and reindeer which has carried itself so deftly into modern western culture today. So, really cool to have seen and been able to photograph this amazing mushroom. 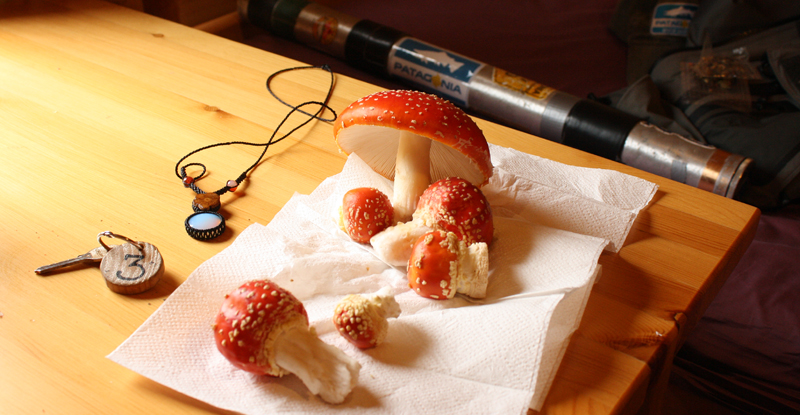 But alas, now it’s back to the ol’ desk job for a while, putting everything together for the Hemispheres project I mentioned at the outset of this post. In the meantime though, everybody send me their news; I would love to hear from each and every one of you! And in the meantime, if anyone is interested in visiting this awesome destination, just drop me a line and I'll get on it right away!  Otherwise, here's a few more pictures: 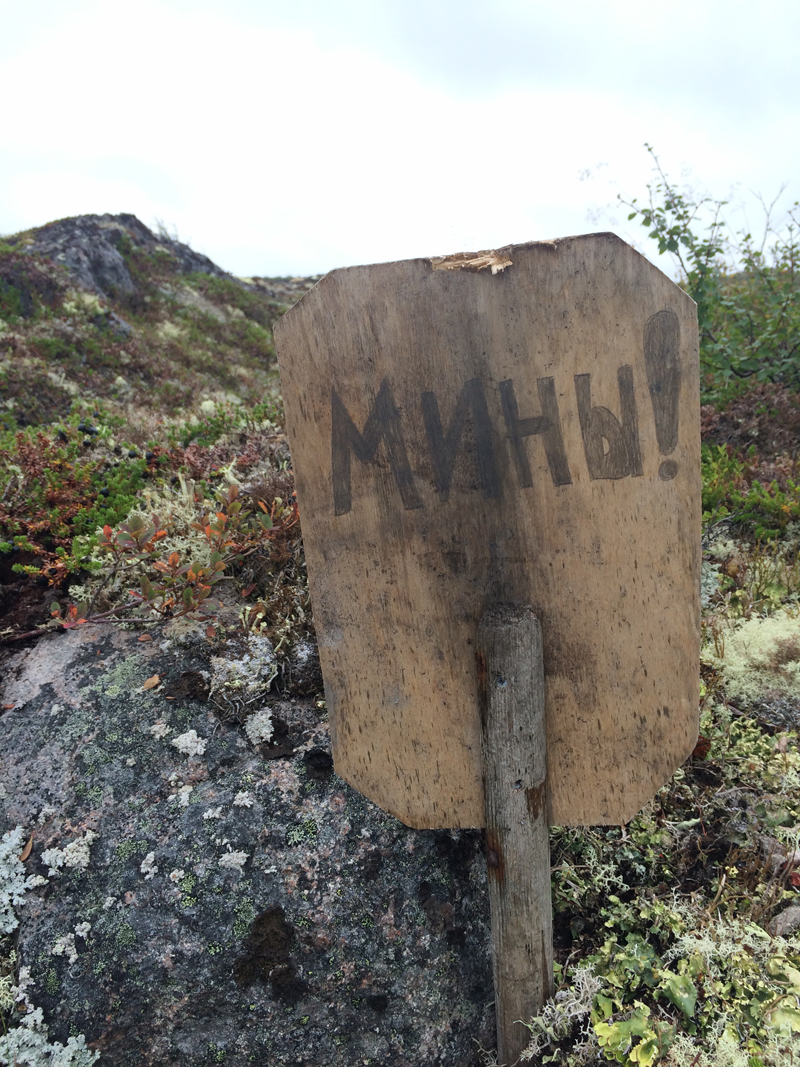 I dare you to translate this word

Pairing up for the spawn

The numbers of the North 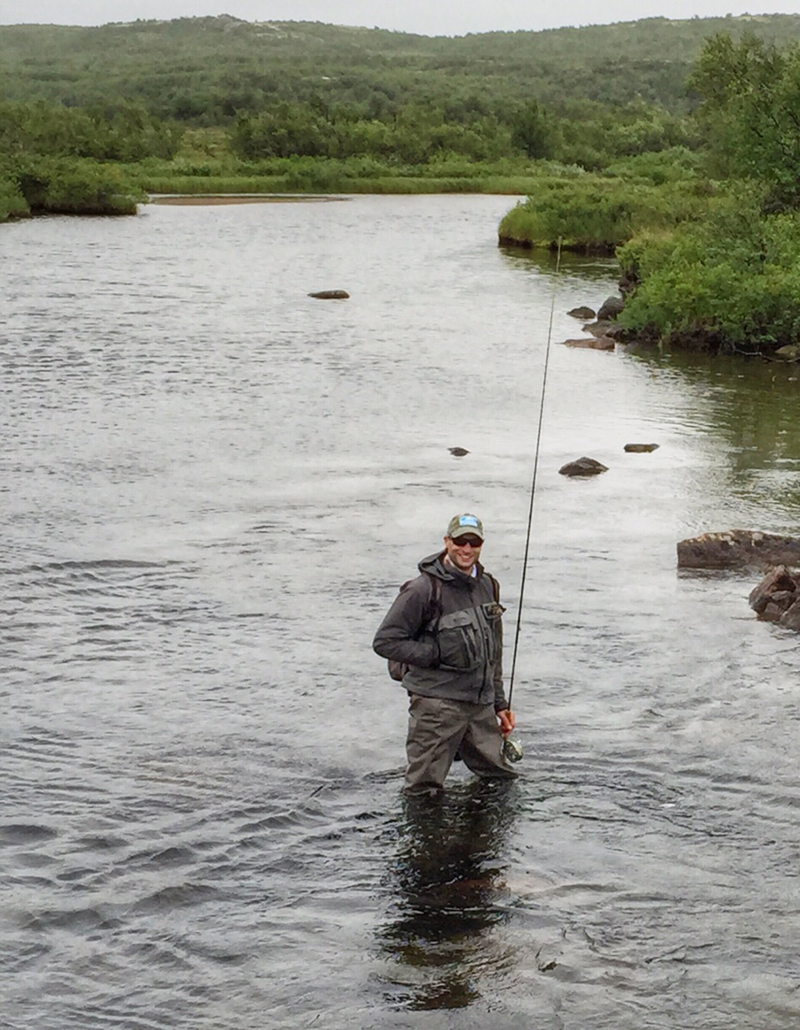 Yes, this is me in my element 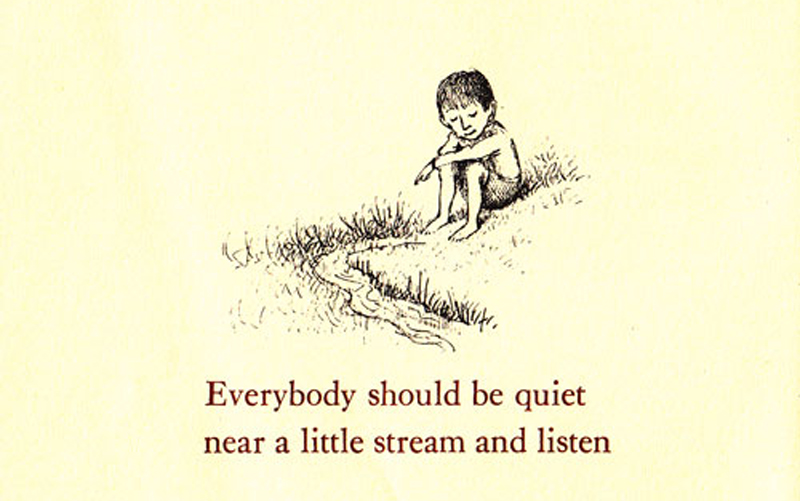 And a final parting thought...