I finally got around to making that long walk down "Nameless" 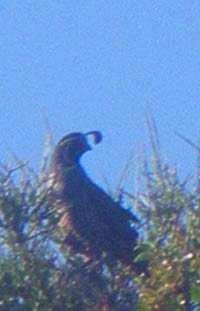 Creek today, all the way to where it hits the Rio Corcovado. Man – what a trek! I woke up at four, was out of the house by five, and hiking downstream from the bridge by six thirty. The stream more than triples in size on its way down through the estancia, fed by several tributaries, some of which are quite large. It is beautiful country though, and although I saw sign of horses and men having passed recently, I encountered nothing living except for cows and a large covey of 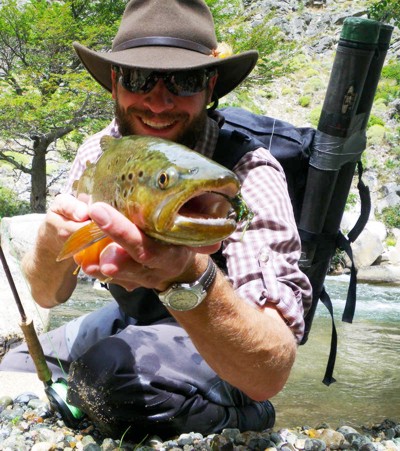 quail. After about an hour I passed a falls that I was pretty sure was the stopper of any species from the Corcovado that might decide to climb, and within another hour I was descending to the river itself, surprised to find that I was then so close to Estancia Poncho Moro, 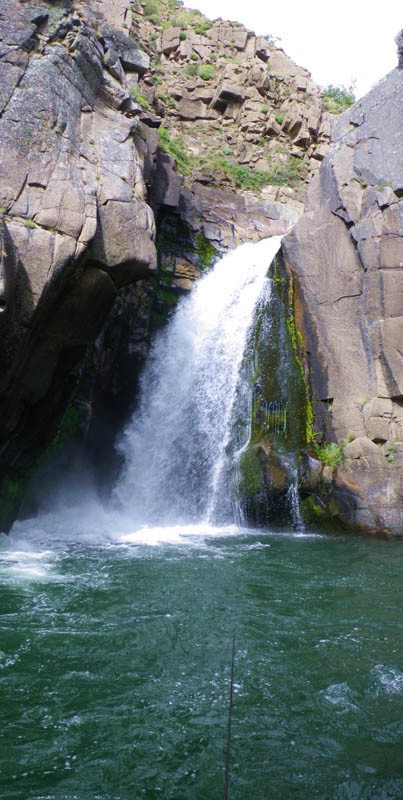 which I could clearly see from the last ridge. Having arrived at the river I sat down and took a maté, then started back upstream along the creek. The creek looked great down there, and I more or less immediately caught a nice eighteen inch brown trout on a stimulator, then continued to get similar fish all the way up to the big canyon which I had skirted the rim of on the way down. At the canyon I switched from dry flies to a large green and black wooly bugger, determined to dredge the depths in hope of larger fish, and was not disappointed. Several of the deep holes in the canyon yielded as many as two or three amazingly colored resident browns that were better than twenty inches, and I lost a few that I think were 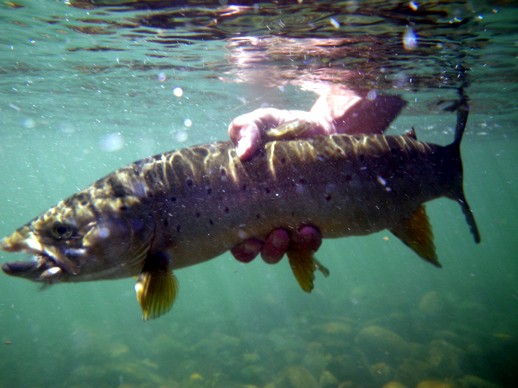 better than those I caught.  At the falls, which do not fall into the category of those which disappointingly make their landing in gravel without yielding a plunge-pool, I found conditions to be better than I ever could have hoped. In fact an immense pool was carved at the waterfall’s base, god only knows how deep, and though I only hooked (then lost) one fish there, it was as big and as surprising as I could have hoped for. After climbing out of the canyon at past five o’clock I realized that I had better start making tracks for home, but changed back to a hopper anyway in order to test my brown-stoppage theory about the falls. Sure enough, rainbows only, some of them going nineteen or twenty inches, rose and ate the fly from just about every lie they could reasonably be expected to inhabit until finally at seven I had to peel myself from the stream, break down the rod, and get serious about the hike back out to the truck. It’s beautiful country to be sure.