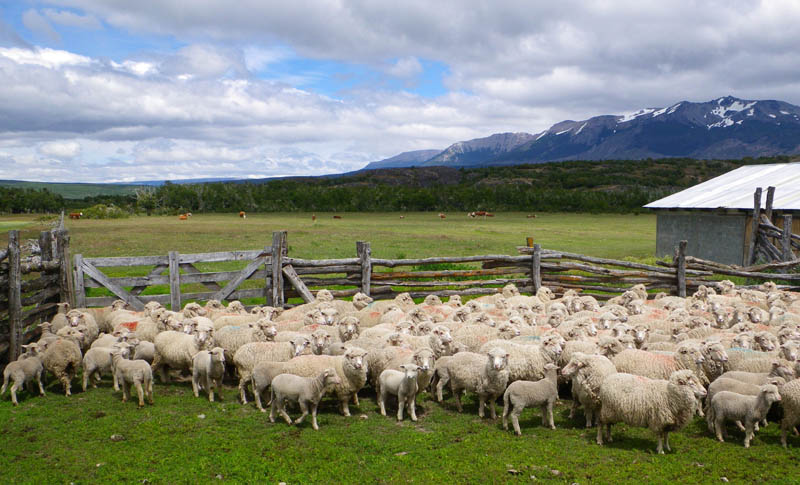 Drove out past Lago 3 to fish the spring creeks running into the Rio Pico on Estancia Tres Leones today, but in the end I never wet a line.  The owner of the estancia and his son Leon were just gearing up to do the castrating, earmarking, and tail docking of the year’s crop of lambs (corderos), and as it turned out, they were exactly one man short. 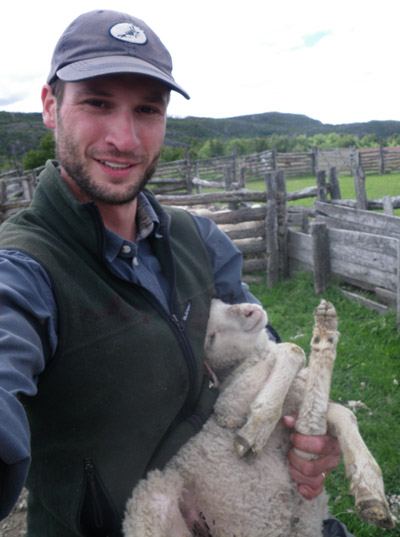 Jonah Complex anyone? So for the next seven hours I wrestled lambs with Leon, snatching them out of the corral and lifting each one onto a blood covered table for Pube to go to work on with the knife. The females were the lucky ones in my opinion, as they only had to have their ears cut and their tails docked, whereas the males had to suffer the embarrassing application of a tight rubber band to their scrotums, effectively cutting off all circulation to their testicles, which I am told will then dry up and fall off within a few weeks.  It is fascinating to watch (and participate in) this work. 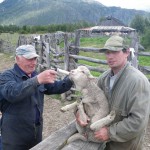 The knife was given a few strokes on the wet stone after almost every lamb and it continued to amaze me that Pube never cut himself at all while working on the writhing creatures Leon and I struggled to keep pinned to the bloody boards. It is, I will say, hard work on both sides of the table.  Leon’s brother (the missing third man) showed up at the end to help with the last few lambs, but by then we had 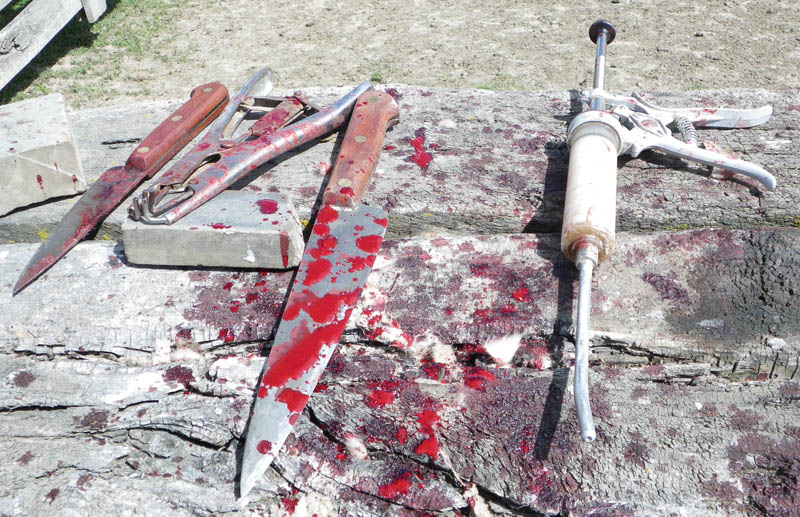 already done over three hundred of them and I was far too tired to fish. I took the road back out to town, stopping briefly at Cabanas Toldos to startle Mario Garcia and his family who at first glance seeing all the blood on my clothing thought I had surely been involved in some terrible accident. I explained that I had started out to go fishing, but, well, welcome to being a local.