Lo and behold ~ it wasn’t the end of my Austral season after all! After more than three

weeks of no fishing, Emiliano Luro and I loaded the truck up with boat, gear and camping supplies in a fit of piscatory mania that would probably make heroin withdrawals look like a day at the beach. And off we went. went,… and went,… and went,… all the way to the Rio 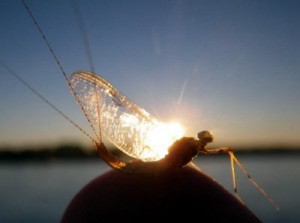 Limay. This river forms the border between Neuquen and Rio Negro provinces to the north of Bariloche, and is open to fishing through the end of May. The drive, needless to say, was long. In fact we left about two hours before dawn and still weren’t putting in on the river until almost three in the afternoon. The Limay is a weird, tortured thing, smallish and unobtrusive as it leaves Lago Nahuel Huapi up by Bariloche and begins its long and winding journey to the Atlantic. It is pretty immediately into the pampas at that point, with the usual sauces and red-rock cliffs along its banks the whole way, and a lot of twists and bends, encountering the first 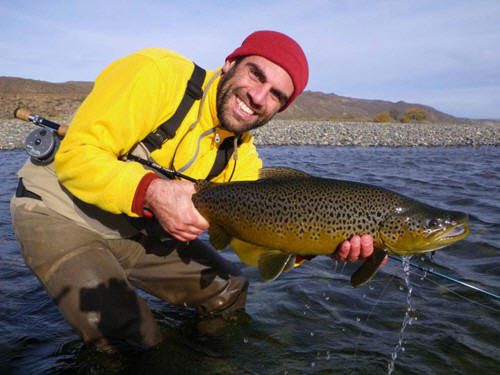 hydro-electric dam just after its confluence with the Rio Caleufu from the North and Arroyo Pichi Leufu from the south. This begins a series of dams and flood control gates that form several distinct reservoirs and tailwaters all the way to the city of Neuquen. The section we floated is known as the middle Limay, below the first two dams and between the tiny town of Piedra del Aquila and Picun Leufu. The river is somewhat bleak here in its 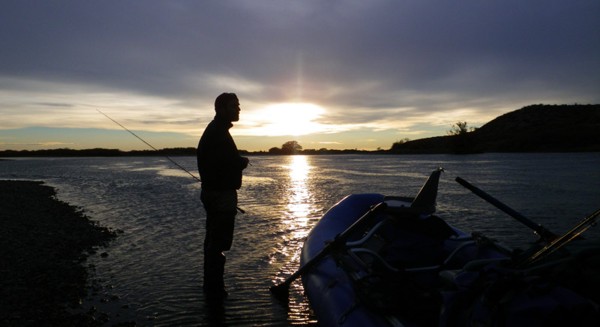 appearance above the waterline, but utterly fascinating below the surface. At times all at once unbelievably deep and wide, and at other times dividing into a maze of interconnected channels and islands with shallow riffles all around, the only thing that is consistent is the clarity of the water and the cleanliness of the seemingly manicured pebbly bottom. Although there are certainly plenty of resident rainbows swimming about and eating mayflies the attraction, for most anglers anyway, is the influx of migratory browns from the reservoirs that the river connects. And Emiliano and I got our first taste of these only thirty minutes into our float. What fish! Big, strong, angry, hook-jawed male brown trout are in no mood to play when autumn’s orange light hits the river, and they attack most anything smaller than they are that comes near them as they make their way upstream from the lakes. We caught fish on a variety of large streamers using sink tips and intermediate sinking lines, but I must say that the Green Giant accounted for more than its fair share of the hook-ups. Our float was three days in total with two nights camped on the river’s islands, and although the temperatures were less than balmy we enjoyed excellent weather throughout, with light winds and no precipitation. Overall I’d have to say that this last week of the season float has all the makings of a yearly event that will likely become the closer of my Patagonian fishing year for many years to come.