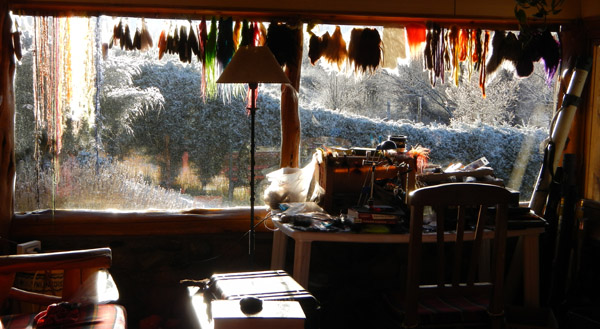 Just got our first big snow here in town, and luckily I was comfortably seated at the tying bench when it happened.  I had thought that's where I'd be in general after the season ended May 1st here in Chubut.  But as usual, the itch crept back in, and before the end ofMay I found myself driving North with a friend, a boat, and some camping gear for a float trip on the Middle Limay.  Gustavo Segovia and I put in at Nano's for a long run all the way down to the lake through sub-freezing temperatures; and we did pretty well, even though generation schedules didn't cooperate with us much over the first few days.  That's one advantage of doing the whole sixty miles though; you can afford to lose a day here and there just staring at the scenery.  We threw the usual big streamer game more or less the whole time, with single-handers from the boat and me running a thirteen foot nine weight when we were out on the banks, and while I can't say 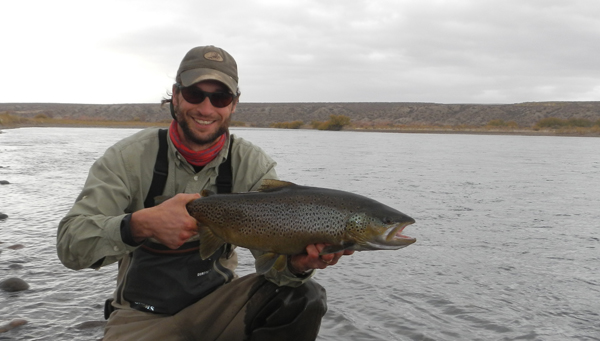 the migratory brown fishing was totally hot, there were enough 22" to 25" rainbows thrown into the mix in between to keep it interesting.  It's a long drive home from up there every year now, but worth it and-a-half every time.  I imagine I'll keep doing that float in May for many years to come.

I continue to fall more and more in Love with this Spey rod, and I imagine that has affected my tying interests a good deal of late.  Splitting my time each day now back home between 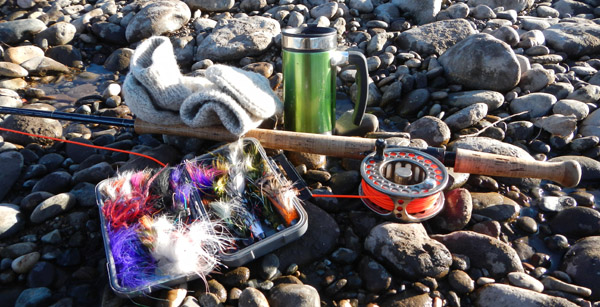 tube flies and Intruder style patterns, I'm entering a phase here that would likely lead any casual observer to the conclusion that I am planning for steelhead next year.  And well,.. stay tuned on that one.  The funny thing about a lot of these patterns is that you spend so much time tying them by the time you are done you feel like you might as well name them (not the pattern, but each and every individual fly).  I can only imagine what it will feel like to lose them come next season.  The nice thing though is that since the hooks are interchangeable I won't have to "lose" them just because they become 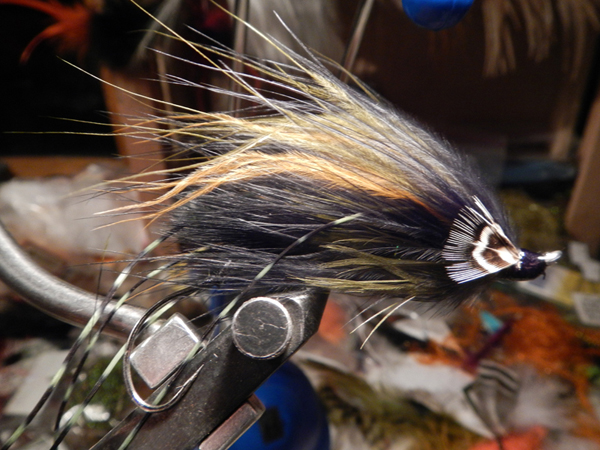 So for now I am here, fishless outside of my dreams (and fish literally fill my dreams at night), seated at the bench and staring out at falling snow until spring.  I cannot explain my obsession with these creatures; not to the women in my life, or even to myself, but it is one of the strongest attractions I have known.  I have wondered, at times, if it might one day leave me.  But at present that is a difficult enough event to imagine that I don't lose much sleep over it.  The fish in my dreams just swim on.

Drop me a line everybody; I look forward to hearing from you, and the laptop is right next to the vise! 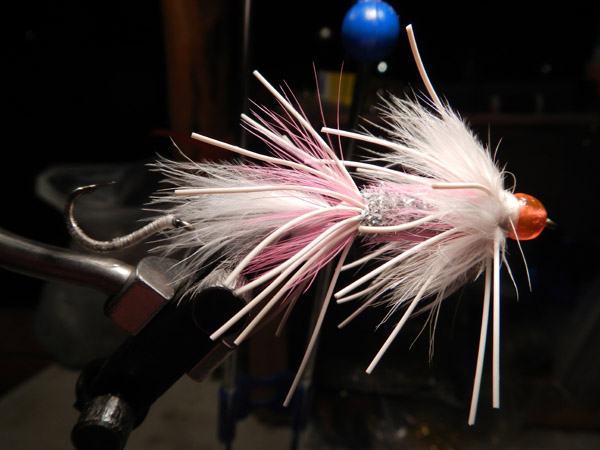