December 20, 2010
Fontinalis Giganticus (Seriously, this is RIDICULOUS )
by justin

“Yeah, yeah, yeah… more big brook trout; isn’t this getting a little old by now?” you might ask. Honestly, no! This last exploratory trip may well rank in the top three fishing experiences of my entire life, and I am not alone in that sentiment. 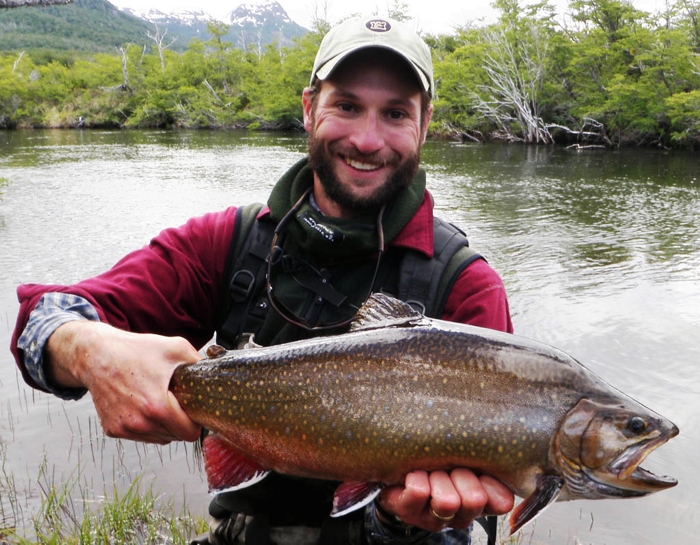 Last week Zach Otte, Colin McCrossin, and I all headed out together into the backcountry of yet another more or less mapless set of 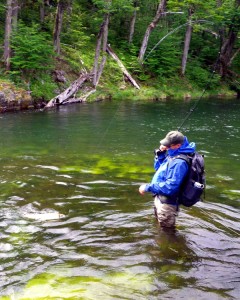 drainages on the Argentine/Chilean border, this time with not much thought of looking into client-friendly water, just lots and lots of miles to put beneath the boot soles, and enough food and supplies in the packs to keep us going along the way. The first days were quite warm and gave us considerable trouble with biting tabanos and mosquitoes, but the temperature began to drop and the fishing got steadily better as we went along, moving us farther and farther each day from anything even remotely civilized. Aside from a few old gaucho trails and the odd errant cow track here and there, by the second day there wasn’t much sign around that other humans even existed on earth, and with the fishing we were finding, we could almost have forgotten ourselves. 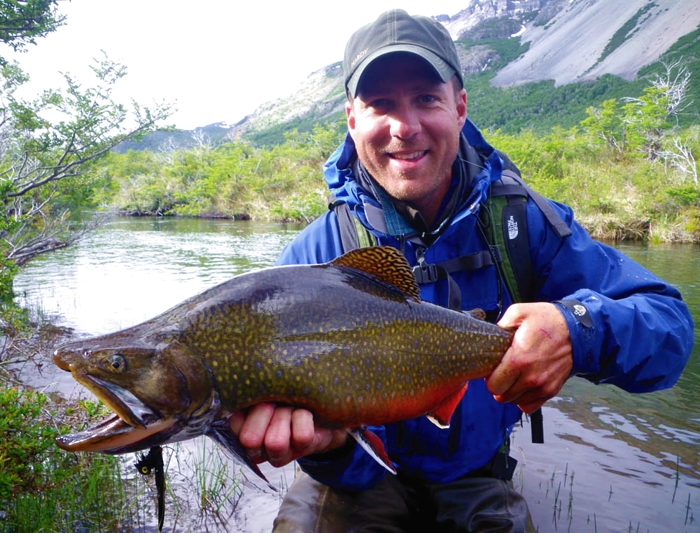 This really is rough, rough, country, hard on us and hard on the gear to be sure, but beautiful all in its own way at the same time. On the third day out we woke up to snow flurries, and the river we were camped on literally began to explode with ferocious fontinalis of dimensions we could hardly believe. It really became almost indescribable. Ludicrous. Enough to make even me think that perhaps at long last I had somehow cultivated a vibe of luck, or good karma. 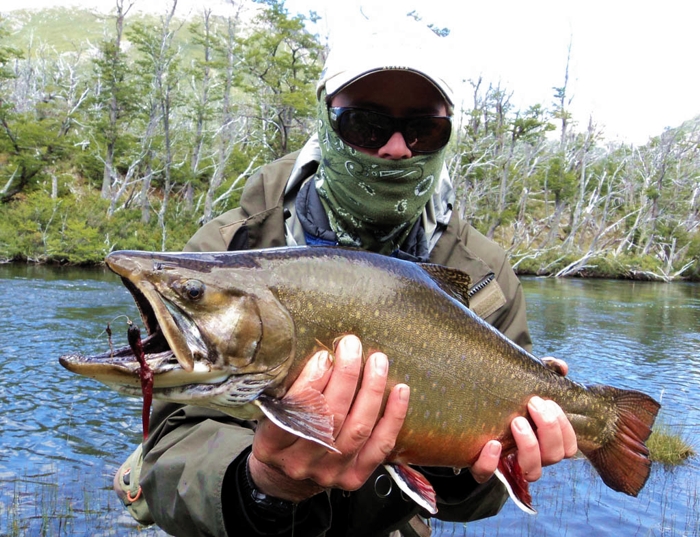 At one point on a deep pool I lost a fish I could never even turn with the nine weight; then Zach landed an eight-pounder out of that same hole; then he lost a fish he saw and called better than ten, just before I brought yet another eight pound brute to my hands; and we both just started to laugh. That’s when he said “I don’t know what to think about this. 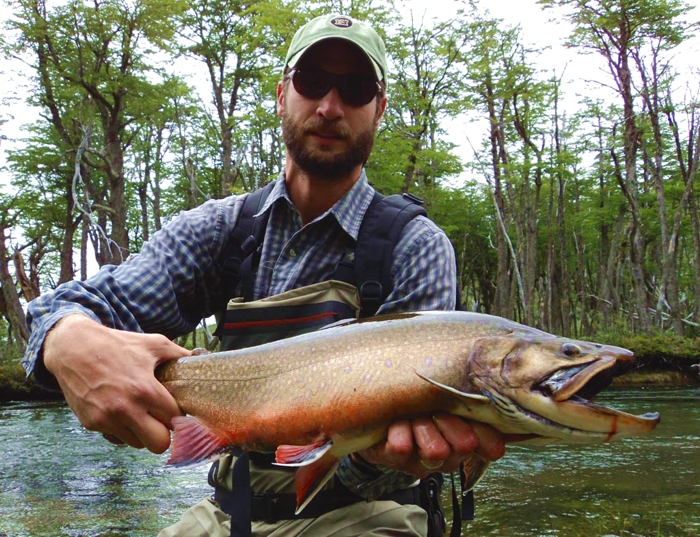 There’s really no going back.”  Indeed. In the end eight pounds was really the best we can claim to have landed, but better fish were hooked and played and seen and lost, so while in the sense Zach meant it, there may well not be any going back, there will certainly be some going back in there, if you catch my drift.  There have got to be only a few places on the planet that are left with this kind of fishery for giant brookies. 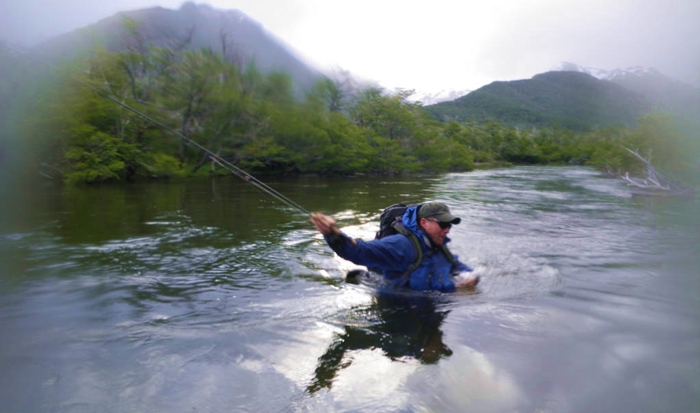 There are certain sets of conditions that make such a thing possible to begin with, and they are all easy things for humans to disrupt, even unintentionally. I will say that by the time we finished up the exploration and hauled ourselves back out we were pretty well destroyed, limping our way back to the road with very sore bodies, empty bellies, and much more well-worn waders than what we had gone in with; but that, in specific effect, is exactly what has protected these fish in that environment for all these years. I can only pray that the ever popular watch-word of “access”, as it relates to all things fishing, logging, cattle farming, and generally human-impacting, continues to stay as far from these drainages as possible, and that these fish remain as beautiful, enormous, and innocent as we found them when we arrived. 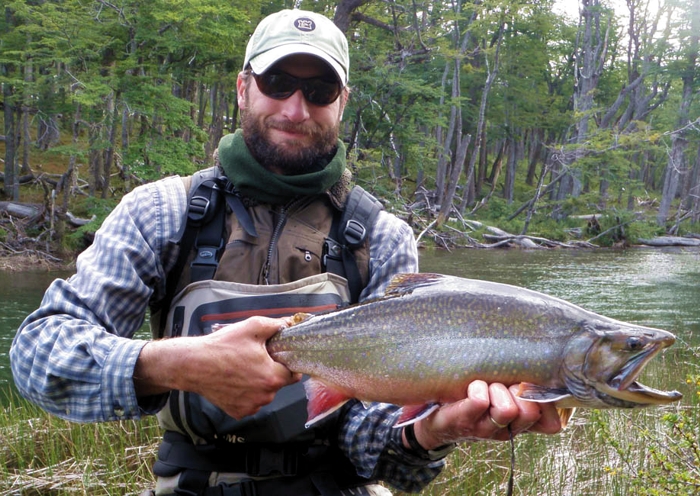 I hope everyone is having a great holiday week leading up to Christmas!  Send me an email and let me know how you are doing; I miss you all.