November 4, 2010
First week of the season comes off huge
by Administrator 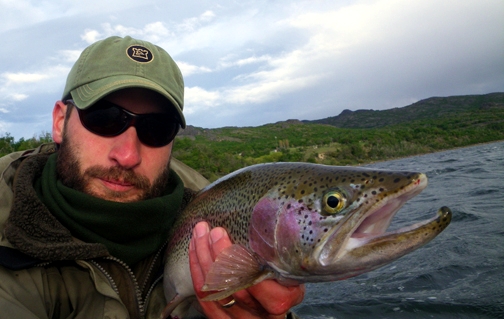 health. Leaving the office in Esquel on the last day of October with a stiff neck and a racing mind, I drove south along the interior road, worrying myself half to death about all the stuff on my desk (not to mention certain other people’s desks) that might not get done while I was gone. I kept it up all the way to the boca of the Corcovado, where it started to 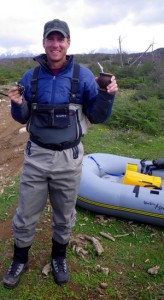 fade as Zach Otte and I parked the truck, puzzled by the amount of activity and manpower already in place beneath the bridge in camp. Walking in we noticed wet waders hung from wires, strung rods with flies in their eye-hooks, and enough campsite detritus to suggest that the scene had probably been that way for a while. Then, as we were were welcomed and fed by the friends we hadn’t seen for a long dark fishless six months, it was all made clear. Fishing season had opened the day before! Apparently, despite what the regulation book says, in Argentina if November 1st falls on a Monday, they just bump it up to Saturday, and why not? 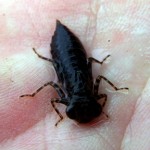 Though the whole gang was there, including the usual suspects Paulino Arias from our home-town of Rio Pico, Pedro Corce from Puerto Madryn, and Raul De Rossi from Rio Gallegos, we were way too excited by this new information and felt compelled to finish our lamb and head out, determined to set up camp and get on the waters of the high mountain lake that was our destination before the close of legal light (that part of the law doesn’t change). A quick stop at the bakery in Rio Pico, another hour or so of rutted out cow trail, and a few minutes of frenzied tent-pitching and 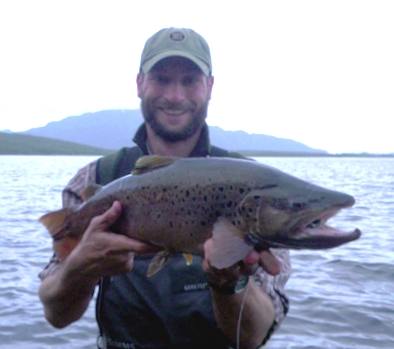 boat inflation later and we were on the water casting flies – a day late according to the law, but a whole night early by our initial expectations. And luck was with me too; my first fish of the season came to hand just before dark, a big bright beautiful rainbow hen of un-measured length and un-weighed weight, but truly inestimable value to a man who had forgotten all about his neck pain and the piles of work on his office desk back home. 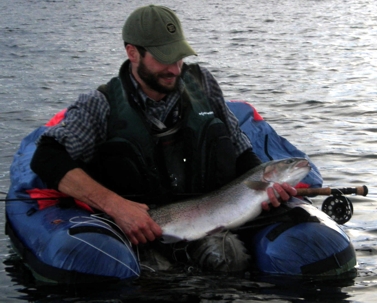 Over the next few days we moved about from water to water in the Rio Pico area, coming in off the high stuff after a couple of nights to stay at Carlos’ municipal camping on Lago Tres, where we could enjoy a hot shower and a warm fire when we weren’t out on the water. There were a really amazing number of dragonfly nymphs in some of the places we visited, and although it was cold there was good activity at almost all hours of the day and we really caught a lot of very nice fish. Zach mostly rowed around in the new Water Strider one-man raft, while I stuck to the old school float-tube or wading since we had left the big boats back at the house to save space. The weather was pretty good, cold at night but sunny and warm throughout much of the days, and the only thing I regret is that we ever felt the need to leave. Santa Cruz has been calling though, and now it’s back to La Ruta 40 once again, this time headed even further south and out into the middle of nowhere to scope out a new spot on Lago Strobel. 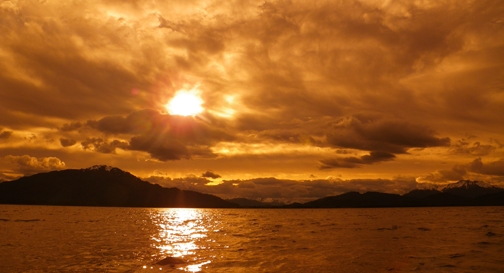