Well folks, the fishing season has officially come to a close here in Argentine Patagonia; 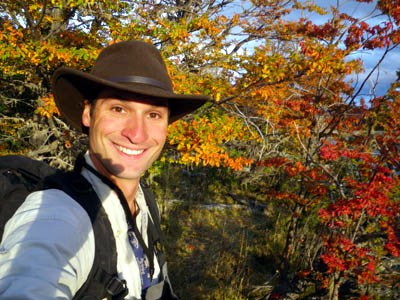 time for another six months of waiting, tromping around exploring without the rod, and tying flies. Well, and fishing, up in that “other” hemisphere (I am due on Cape Cod for a striper trip in a just few weeks).  These last few days have been a real treat though, with excellent weather and good 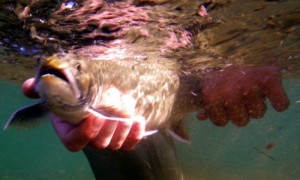 folks and plenty of trout to go around. I spent several days out at the Boca with Paulino Arias and his gang, living in “camp” under the bridge and swinging big streamers in front of huge rainbows every day at dawn and then again at dusk. During the days between I drove off to one spot or another on one of the small streams to cast dries at angry browns or brookies, all jacked up on hormones and ready for the spawn. Then in the end I got an itch to explore new water so I drove all the way up to the Nantes y Falls, a stream that drains Lago Rosario just south of Trevelin, and spent the very last day of the season 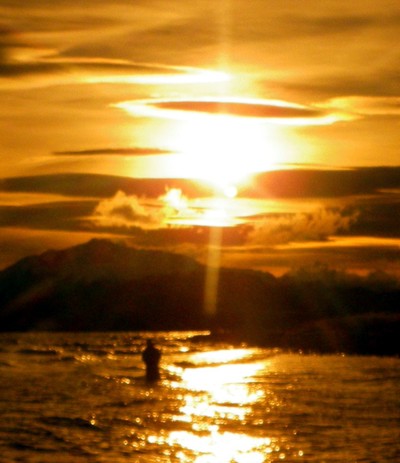 casting size #22 emergers on 7x tippet to twenty-plus inch rainbows, most of whom knew the difference between my offerings and the hatch of tiny insects they were actively ravaging.  This is a far cry from the type of fishing I am used to down around Rio Pico, and I had to dig deep into the tackle bag to find that tippet, but it was a really fun change of pace for sure. There were a few of the big rainbows too, a very few, but some nonetheless, who apparently must not have attended the most recent meetings of their local Mensa chapter, and so we were allowed to meet.

Overall it was a fine day, with beautiful fall light and yellow leaves and plenty of rising fish. Not much more you could ask for I’d say. I look forward to seeing you all soon. 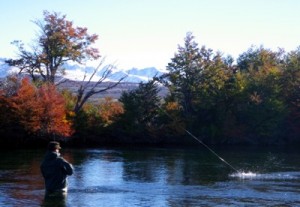