We’ve Moved! In more senses than one I suppose. And well, now we just keep moving. But what else is new? How this all came together is (as usual, those of you who know me won’t be surprised) a bit of a story. But I have received quite a few emails from people who were wondering why I haven’t posted to the blog in such a long time, and so I’ll start back far enough to hopefully explain my absence all these months…

Try as I might, even after having built a business and a home in Patagonia with the idea of settling in to the lifestyle of a gardener with roots, the reality is that my roots just grow up, instead of down. And then they tend to form themselves into the shapes of things like sails, or wheels, and off I go. As it turns out movement is just a much more natural state of being for me than stasis, and when I met Khadizhat that wavelength found a pattern which resonated well.

So we began traveling right from the start. Having met in the Peruvian Amazon right before my summer of work in Kamchatka, our first date was a month of wandering around India fishing for Mahseer, and it seemed clear to both of us that if that could work, then pretty much anything would so long as we remained in motion. The question though was what to do next? So we went back down to Argentina for me to work the season and the two of us to discuss the possibilities. And that’s when a new idea literally drove into the picture.

We were on our way to visit a friend just outside Trevelin , but decided to stop by a gas station and check the tire pressure on the Hilux. I was busy doing that while Khadizhat was sitting in the truck and noticed a WV van parked closed by with its side door slightly open. There was a girl inside cooking lunch on a gas stove, and this really caught her interest and attention. Shortly after I noticed it too, and opened the door to tell her that the license plate on the van read "Colorado", which was unusual to say the least in my tiny Welsh town at the base of the Andes. So we decided to go talk to the van’s occupants and invite them over for dinner. The couple inside cooking, George Nettles and Rachel Rankin, turned out to be indeed from Colorado, and had driven the van all the way to Patagonia from there! Unfortunately they couldn't stick around just then because they had a date they had to meet further south with some friends, but I gave them a card and told them they were welcome to come over anytime should they find themselves near Trevelin again on their way back North. 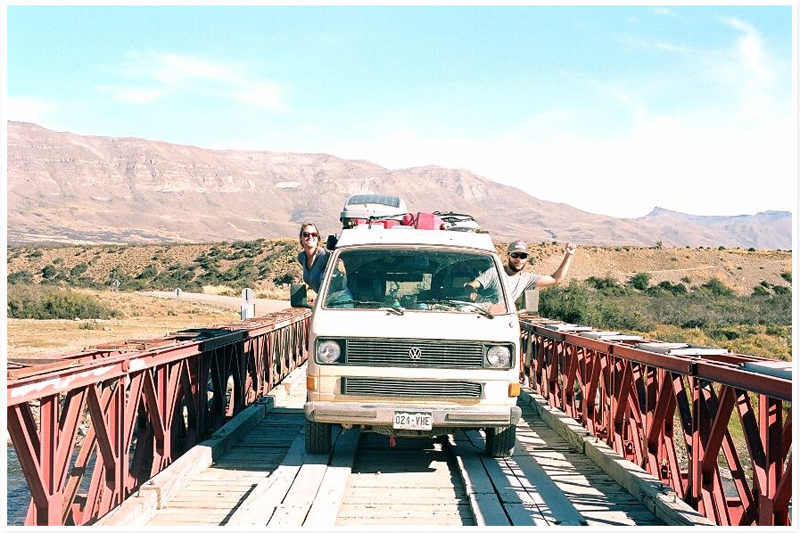 About a month passed by during which time we kept in touch with our new friends as they traveled on down to Ushuaia; then on their way back North as promised they finally stopped by for dinner and to stay overnight, coincidentally our last night in Patagonia before we had to be at the airport early the next morning to fly back up to the jungle of the Peruvian Amazon. But that night changed Khadizhat’s and my course in ways that will be playing themselves out now for many years to come. 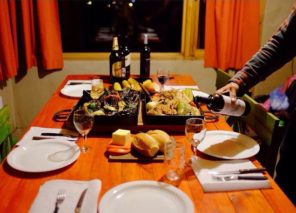 We had a great Asado with Argentine style meat and vegetables on the grill while sharing stories about all of our travels. And when you put a group of people at a table who have seen as many countries as the four of us all had, the conversation tends to go on long into the night. Khadizhat and I asked many questions about their life in the van, the countries of central and South America that they visited on their road trip, the technicalities of the border crossings, grocery shopping and cooking while on the road, and about everything else that came into our minds while thinking about their lifestyle. They showed us their home on wheels and answered many questions about the appliances, furnishings, and technicalities of the WV van. I couldn’t help but compare the whole concept to that of the sailboat I had been dreaming about for more than two decades already, but at that moment the road trip started making a bit more sense for the immediate future, and I could see that Khadizhat too was quickly developing an itch to live and discover the world in a similar way.

So when we got done up in Peru we began to look into different websites and research what it was like to be living on the road. We found many people who have such a lifestyle, not only singles and couples, but also families with kids of different ages, and this had become suddenly a relevant question, since little Aya (now five months old) had made her first appearance to us while we were still in the jungle. Khadizhat especially got interested in the blog of one family which at the time of their departure from California in 2012 consisted of three people. While traveling they had given birth to one more baby in Brazil, and still have continued on their way to the very south of Argentina. They are now in Peru and Bolivia, and appear to be continuing their way back north along a fascinating road.

But one thing was to collect information online and a totally different one was to have the courage to start such an adventure in the midst of life changing so dramatically and our first child on her way into the world. So we decided to postpone the beginning of our new lifestyle until after the baby was born and Khadizhat was done with her post-partum recovery. During the pregnancy though we continued our research and looking for our new home on wheels. Exploring many different options, we just couldn't find something that corresponded and clicked.

Our travels though, we could not seem to cease. Having already since the date of Aya’s conception visited six countries spread across three separate continents and both hemispheres, in her 7th month of pregnancy we found ourselves driving from Georgia to South Dakota for a pheasant hunt when we stopped at a rest area somewhere in Kentucky. And all of a sudden, there it was - exactly the type of an RV that seemed to make sense for the first stage of our new journey. Without thinking too long we hurried to the vehicle and Khadizhat knocked on the door. The couple inside was more than happy to give us a tour, and referred us to the manufacturer of the vehicle in Canada.

Arriving in South Dakota we made our way to the first of the dealerships that carried this brand of RV, and after exploring the different options, studying some details, and test driving one, we decided that we had at last found what we were looking for and promptly made our order. Six months and one amazing birth sequence later La Elefante was ready, and I flew back up to South Dakota to pick up our new home.

As I write this now Khadizhat, Aya and I are a week into our new journey, headed North into New England, and with plans to cross Canada to Alaska during the summer, then head south in the autumn God only knows how far. And for those who know us, it will likely not seem a stretch to imagine that this is only the beginning. So stay tuned! 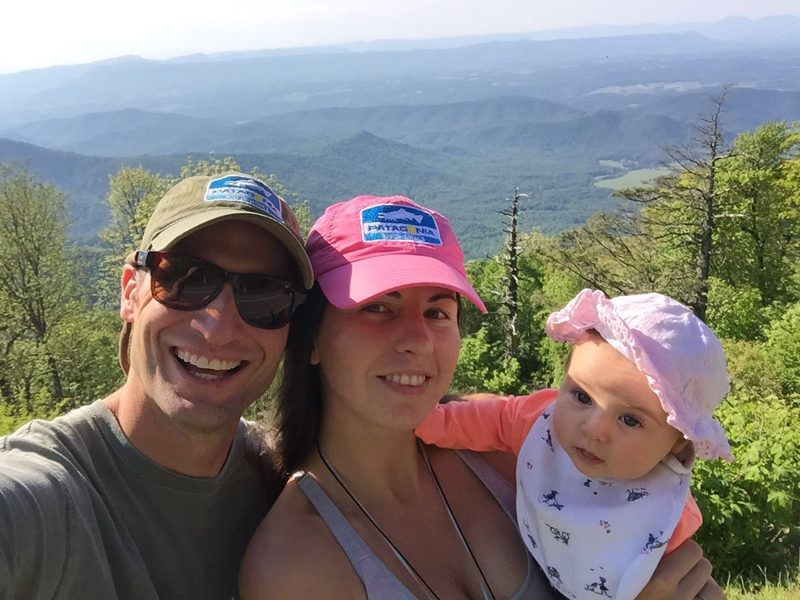 P.S. For those of you who have been readers of the Just Another Day in Patagonia Blog (and thank you, for all those years of correspondence) – we’ve now moved! The new blog is to be seen here at www.CircumWanderers.com, and there is an email sign up at the bottom of the page where you can add yourself to the list if you would like to keep up with our travels. Those who sign up can expect the same sort of frequency of posts (just every few weeks) that you’ve been used to all these years, and of course as always, you never need to worry about us sharing your email addresses with anyone, for any reason. You can also check us out via Instagram @CircumWanderers for photos and quick clips of the journey anytime. Then also, as always, shoot us the news! We’d love to hear from you and will look forward to keeping in touch!