December 29, 2011
Christmas, Pumpkin Pie, and a Float Trip on the Rio Corcovado
by

Merry Christmas Everyone!  Ok, so I’m a couple days late.  The crew here had a big Yankee style Christmas for once in Esquel, with Tweed and his girlfriend Marc 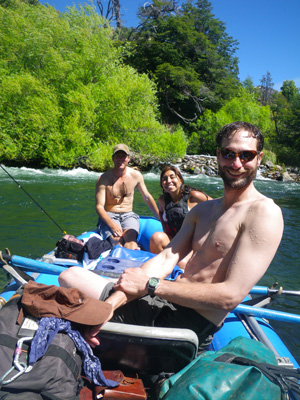 ela, Trey and Shelby Scharp, and Ana and I all around a table that the Negra sat beneath.  I made a pumpkin pie from scratch (none of that canned stuff down here), and stuffing from scratch as well, and Trey scored us a Turkey that barely even fit in the oven.  As evidenced by the fact that none of us could walk, move, or really even breathe without discomfort at the end of the meal, everything turned out to be delicious!  We had all more or less digested sufficiently by morning though, and so Ana, Zach, Negra, and Marcela and I drove ourselves down to the put in for the Corcovado and floated the river all day.  The weather was beautiful, the tabanos non-existent, and for all that the fishing was a bit off in terms of catch-size, everyone had a wonderful time.  We swam, and rowed, and played, and Tweed introduced Marcela to a lot of little Argentine brown trout along the way.  I hope everyone up in North America had just as good a time, and can continue that same strategy on into the new year!  I am about to be headed out on the client trail for a while now, so if you don’t hear from me just know I’m putting blisters on my hands with the oars and loving every minute of it; I’ll be back in touch as soon as I can! 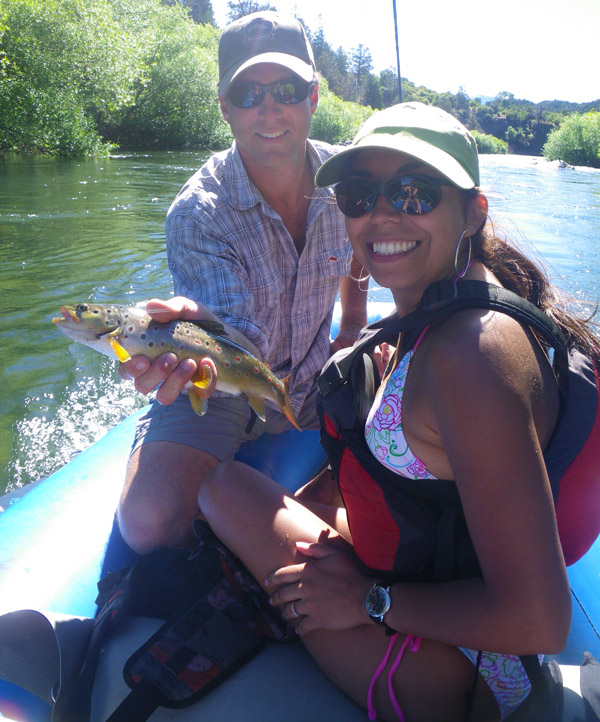