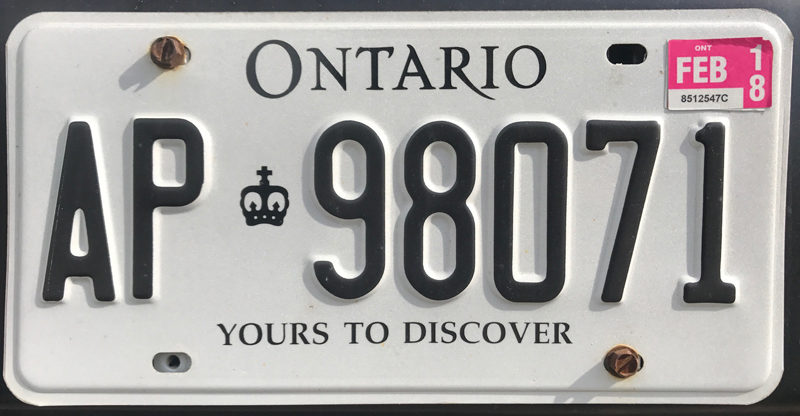 I had always wondered about Canada.  What was up there?  Huge country.  Low population.  Tons of rivers, streams, lakes, and forest.  Sounds like my kind of place.  And so this summer, it was just plain time to do a trip.  I loaded the girls up in the rig and off we went.

We drove North from Mom’s place and pretty much straight to the Niagara Falls crossing, and as we approached the border I was ripe with anticipation.  Immigration and customs guys were pretty cool, nothing like what I’m used to in other parts of the world, and even with the shotgun on board it really wasn’t too much of a hassle at all.  Some paperwork, a quick search of the rig, and we were on our way.  Except… I had a little bit of confusion as we exited the place (seriously, it was the sign’s fault, even if Khadizhat refuses to believe that), and the next thing you know we were on the bridge back into the states! I made that noise that Homer Simpson always does when he realizes how bad he screwed up and then back we went, again, into the long line of cars inching its way towards the border checkpoint.  It was actually pretty funny.  When we got to the kiosk the guy said “You look familiar!”, and was nice enough to just waive us on through.  Yipee!

Then came kind of a disappointment.  As I drove us into town through an already very urban environment we passed a McDonald’s, and a Taco Bell, and a Pizza Hut, and then a strip club.  WTF? This looks just like the states!  Maybe I’m a bit spoiled with all of the international travel I have done over the last twenty years or so, but I am used to getting off planes and immediately finding landscapes and cultures that are starkly different than wherever it is I just flew in from. 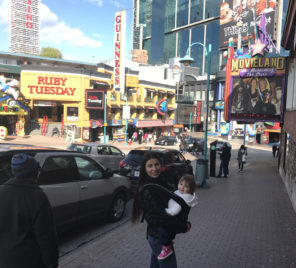 But that was only the beginning.  We checked into a KOA campground, parked the Elefante, and were soon walking down towards the falls themselves through what looked for all intents and purposes (to me anyway) like a replica of Gatlinburg, Tennessee.  “This is Canada?” I thought.  Then we arrived finally at the falls themselves, and while I will admit that I was still a bit disappointed at how many Casino Hotels there were on the skyline around it, the park was very nice, and the falls of course quite spectacular, and I breathed a final sigh of relief.  It’s impossible for me not to be consoled by running water, and this, is some serious running water.  What they lack for height in comparison to Iguazu they make up for by pushing Iguazu’s same volume of flow over through a smaller space, plus the water clarity up here is simply amazing.  When you are standing right at the edge of the drop it is hard not to imagine at least trying the old barrel trick at least once.  I think I’d rather do it in a super strength Zorb though myself, so I could enjoy the view on my way down. 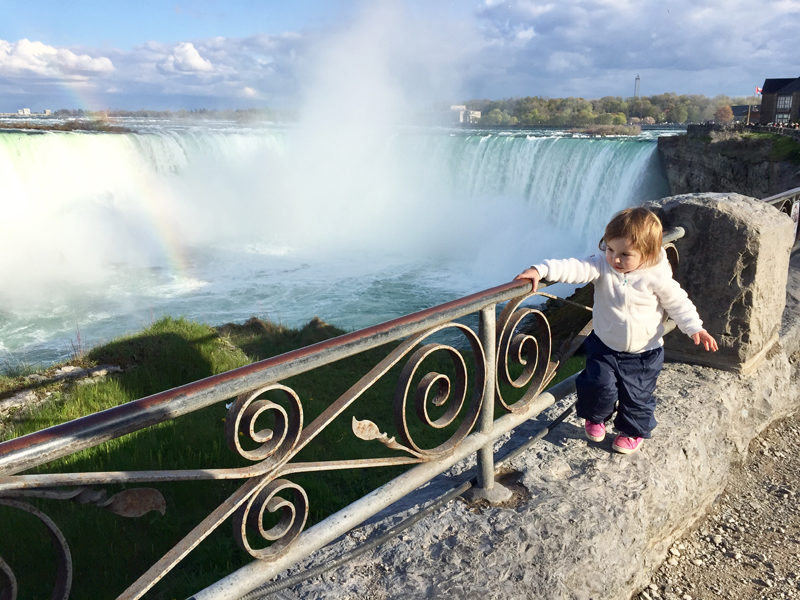 We stayed one night at the KOA and then headed North, and I immediately found that the country was more to my liking.  It became rural very quickly, and soon enough the farm country we were driving across and the streams and rivers we were crossing were looking like my kind of terrain.  By the time we had crossed the Thames river (where Tecumseh was killed in 1812) I was surrounded by my old friends the red-winged blackbirds, had already added four species of bird to my life-list, and was once again a “happy camper”. 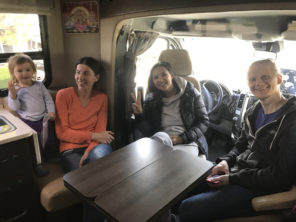 Even Toronto was tolerable to me when we got there, and we spent two nights along the way through, visiting our good friends Gor and Anastasia whom we know from our time in the Jungles of Peru.  The woods were calling to me though, and as nice as the city turned out to be pretty soon we were headed North even further and at the entry gate to Bruce National Park.  Here we were happy to find out that we  just so happened to make this trip on the 150th anniversary of Canada’s existence, and to celebrate the occasion, all of our National Park entries the entire trip would be free!  We then had a very nice couple of days camping there in the park and hiking around to some wonderful examples of geology before visiting the quaint little village of Tobermory, where we were to put the Elefante on a ferry to cross James Bay so that we could continue North.  Tobermory is a neat place.  Kind of like my old stomping grounds of Chatham, MA on Cape Cod, except without any of the pomp and circumstance.  Good fish and chips, cute little shops, and a pretty harbor with sailboats all over the lake, which is beautiful and quite clear.

It was about this time in the trip that I suddenly began to wonder, “Why on Earth is everybody in this country so friggin’ nice???”

I mean, since we had crossed the border I had not encountered a single person who wasn’t cordial, polite, and well spoken.  Ask a question of a passerby on the street or an attendant in the grocery store and you immediately have their undivided attention until your problem is solved plus you learn about them and the area, and they want to know about you and your trip.  I’ve got to say, after these last many years in countries like Russia and Argentina, not to mention the United States, it’s a little weird.  Once you get used to it though you realize it’s also really nice! Even the road signs and other indicators of appropriate and inappropriate behavior in this country all say “please”!  I mean, seriously? 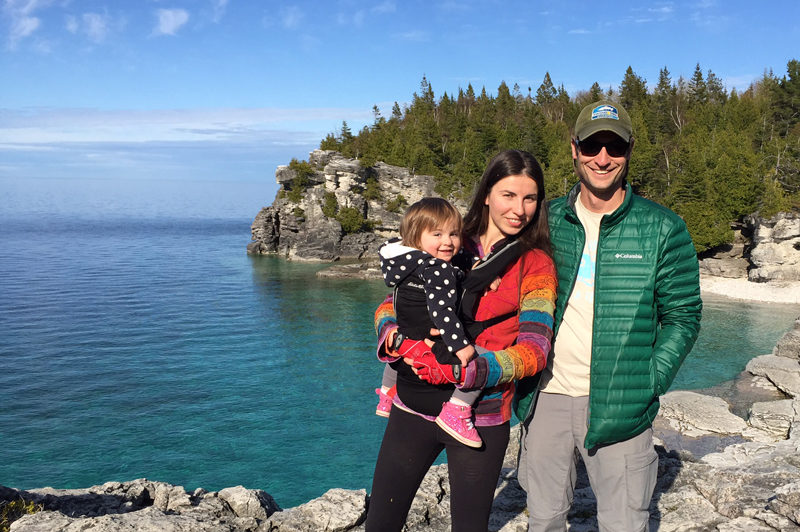 As we made our way up the North Shore Highway though and around Lake Superior I at least began to see a little bit of my old friends (yes, that’s sarcasm) the No Trespassing signs.  Of course, even those in Canada are not nearly so obnoxious as the ones in 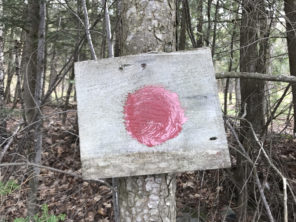 other places.  Up here they just put a red dot on a tree or a sign, and everyone is supposed to know what that means.  Of course I didn’t, but of course that also wouldn’t have made any difference.  I had by that time seen another old non-friend of mine as well – trash.  Out in the wilderness there was very little of it compared to rural areas apart from National Parks in the US, but other than Toronto city of any size had disappointing amounts spread about in areas where it didn’t make sense.  But the towns were nice in other respects, and even seemed to all have at least one “indoor playground” we could stop at to let Aya have some fun.  These may exist in the states, but I’ve never seen them, and they are completely awesome when you need to let the munchkins burn off some steam.  Willy Wonka sized architectural paintings made out of materials that minimize injury, and tons of other kids running around screaming and laughing and generally blowing off steam that would have otherwise found less pleasurable (at least for the parents) ways to escape. 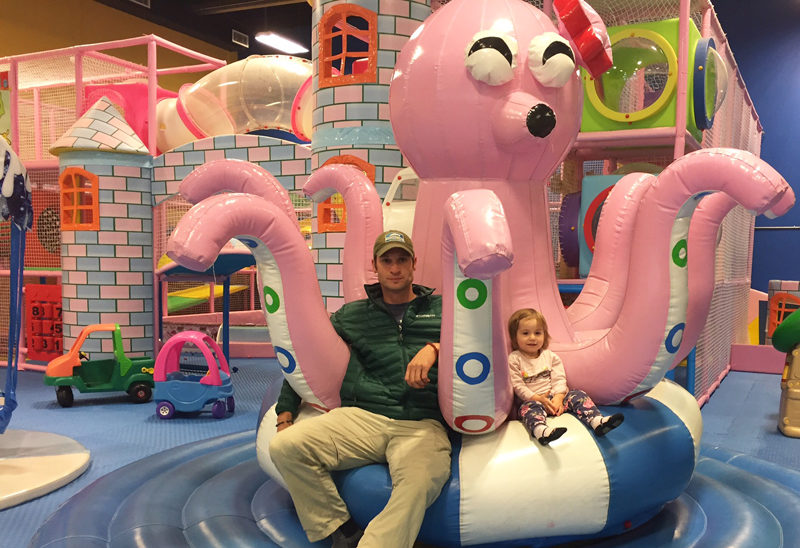 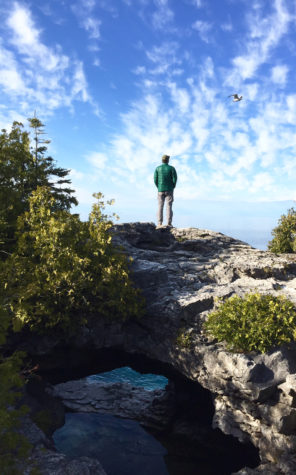 The woods sure are beautiful though, and Lake Superior itself is just awesome.  I’ve seen it before of course, and even been out on it in a boat fishing with my father and uncles while trying not to get run over by massive ships in dense fog, but on the North shore it somehow seems even more impressive.  Mostly because there’s not too much up here in the way of human influence on the landscape.  Speaking of signage and human influence on the landscape though,

I will take issue with the Canadians on one thing: this safety first stuff can go a bit too far. We were on a pebble beach on a lake in a Provincial Park the other day and even though the water was only knee deep for a hundred yards out from shore there were not only these massive ridiculous signs telling everyone that there was no lifeguard around (In case you’re blind I guess? Maybe the signs should have been in braille?) but there were also these amazingly stupid bright orange life rings hung on hooks on the trees, to which they were tied with about fifty feet of bright yellow rope.  I mean, seriously? (Just wanted to use that same three word phrase for a totally different meaning two paragraphs apart) 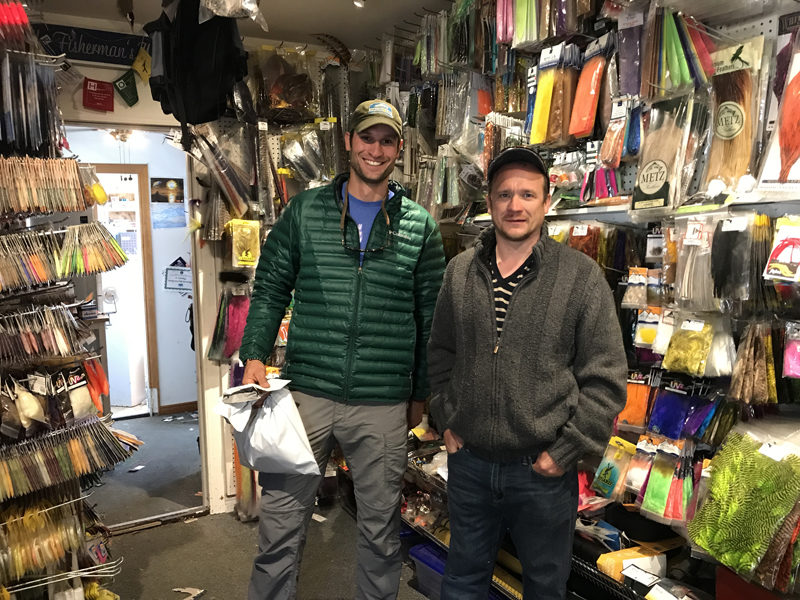 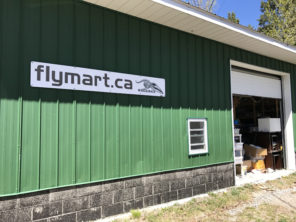 One of my favorite stops so far though was this little fly shop back in the middle of nowhere just downstream from the confluence of the Aux Sable and the Spanish River, owned by a really nice guy named Scott Currie, who happens to be (get this), a Scot.  As in, he’s from Scotland.  Totally unexpected in terms of the expanse of his inventory considering the shop’s location, but as it turns out most of his business is done through the website (www.flymart.ca) and he’s constantly shipping product all over Canada and also all over the world.  When I walked into the place I could barely believe my eyes.  This kind of a selection of feathers, fur, and fibers is not to be found in any fly shop I’ve ever been to the in US, and to be honest it actually reminded me of a dream I had once, camped out on one of my rivers in Patagonia.  Like, a literal dream.  Scott guides in the area as well when he has time, but with this much inventory to handle and as much shipping as he has to do every day I have no idea how he finds the time.  If anybody has some particular set of hackles or a neck or massive cache of jungle cock eyes they need, Scott’s your man.  And anybody reading this who ties much should definitely check it out. 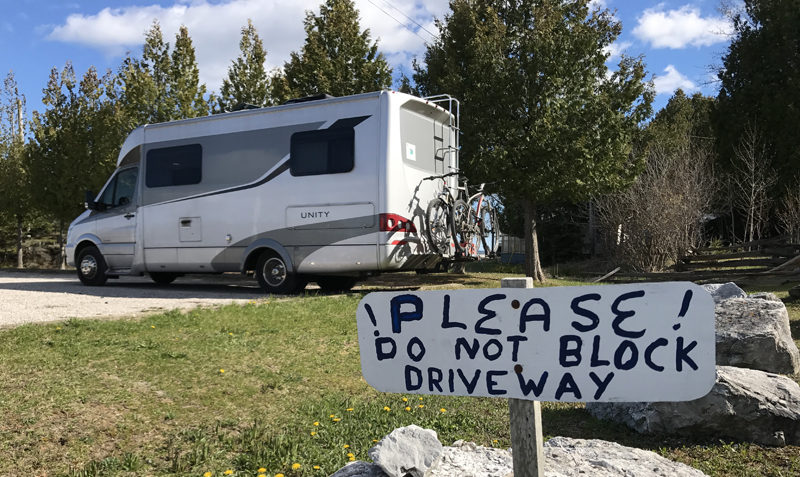 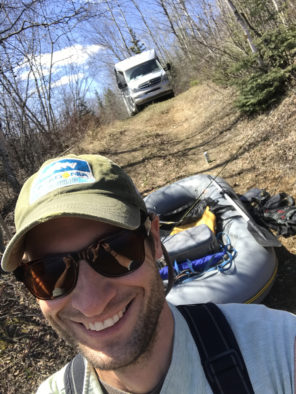 Highway 17 is just a two lane road that follows the North Shore closely along most of the lake, with spectacular views and plenty of little dirt track side roads to turn down if you’re ballsy enough to try and drive them, which I was, even in our big Elefante.  So for the most part we just camped along rivers in the

middle of nowhere that feed into the lake, and in the space of two days I saw black bear, grey fox, moose, snowshoe hares not yet turned completely brown, and heard about a thousand ruffed grouse drumming in the woods for their mates (saw some too).  My kind of country.  It was also raining (and snowing) like tigers and wolves though half the time, so a lot of our sightseeing actually had to get done through the windshield.  And this of course coupled with the fact that we were about three weeks early in the season with respect to water temperatures put the brakes my fishing like it was a train approaching a screaming blond maiden who’d been tied to the tracks by an evil cowboy dressed in black.  I managed to catch a few pike, but that was it. 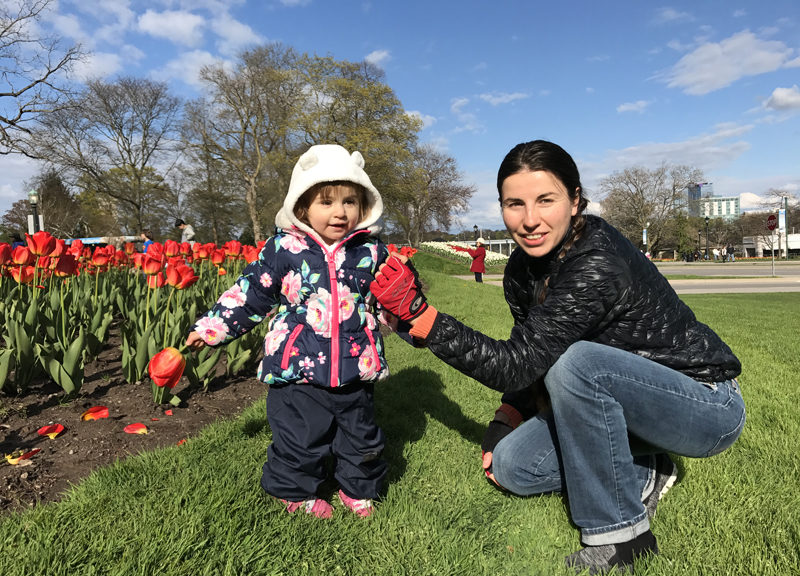 After the road leaves the lake the country changes a bit, turning into more of the rolling hill farmland I remember from my days as a kid in Hayward Wisconsin, and then flattening out completely need the border with Manitoba.  Which is where I’ll leave off for now since this is likely to proceed in a province by province progression as we head West.  Till then! 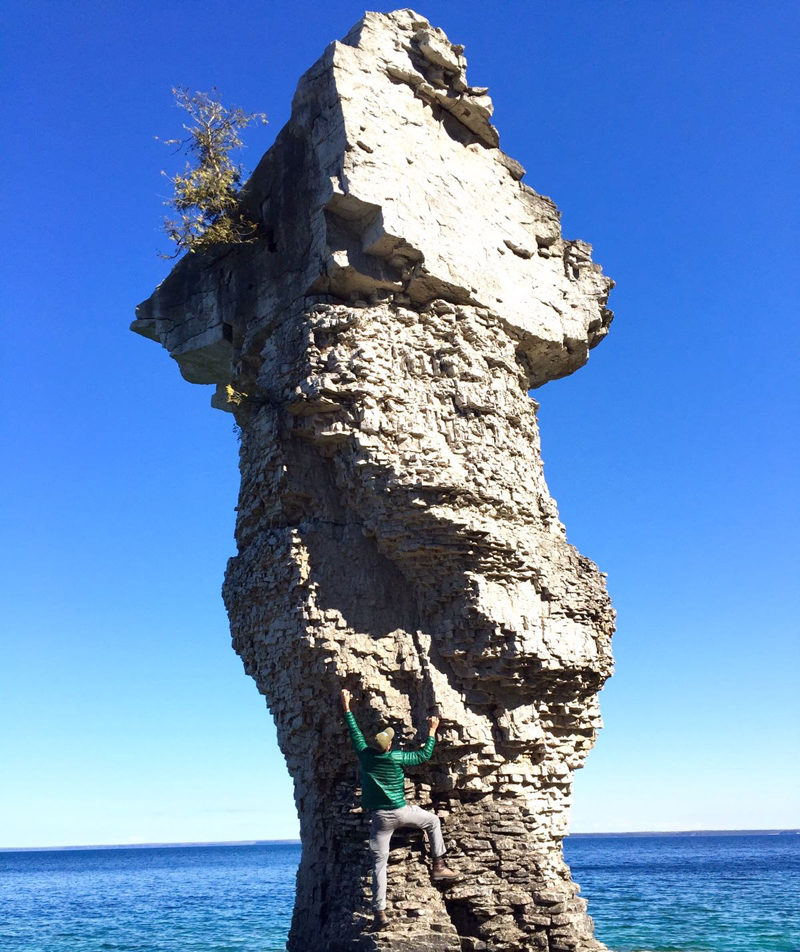 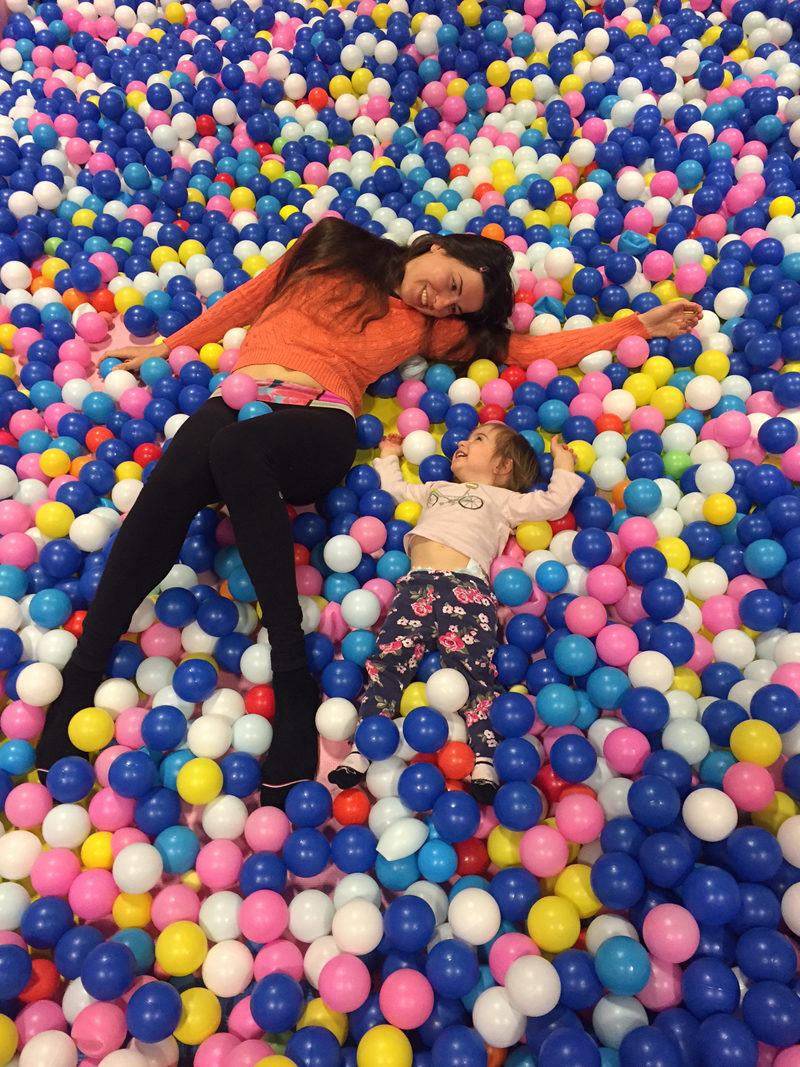 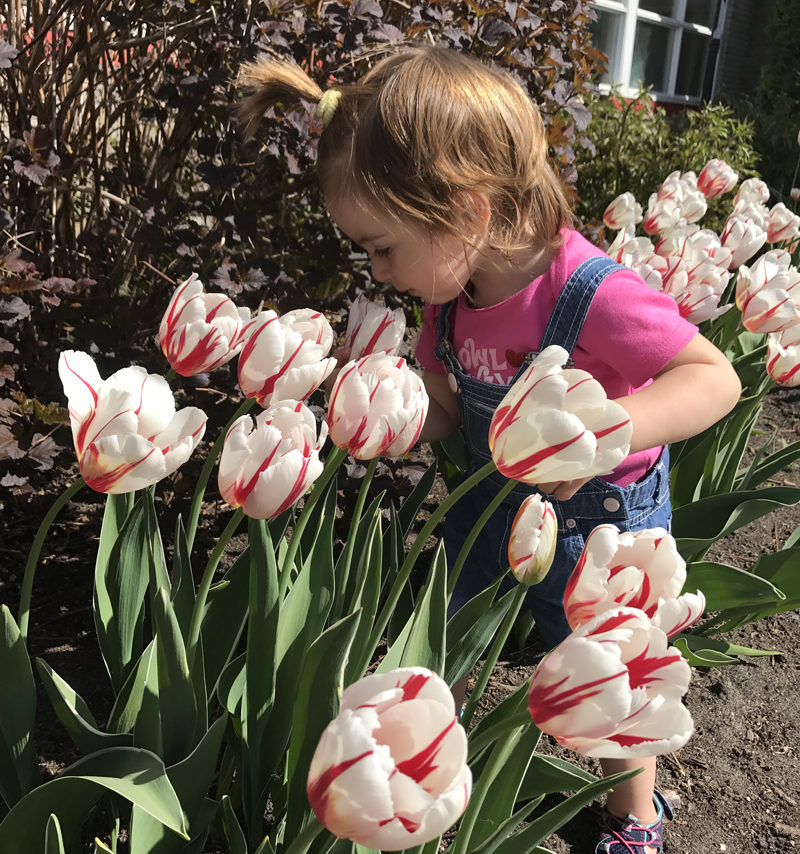 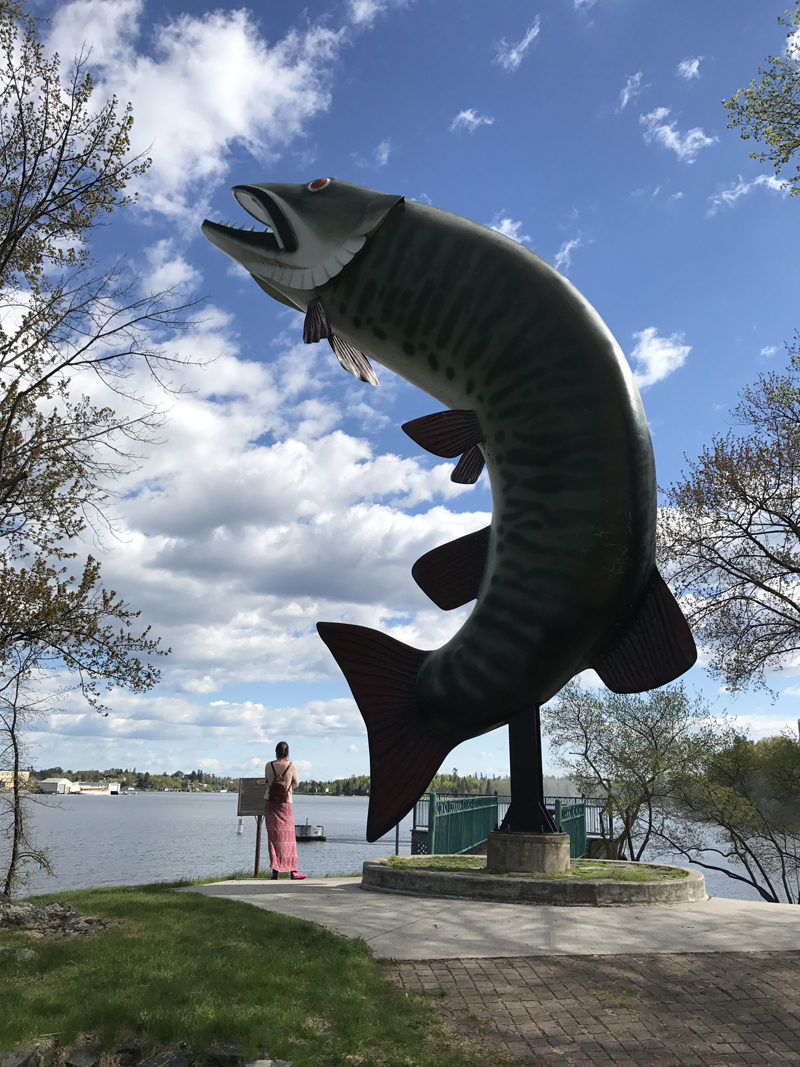 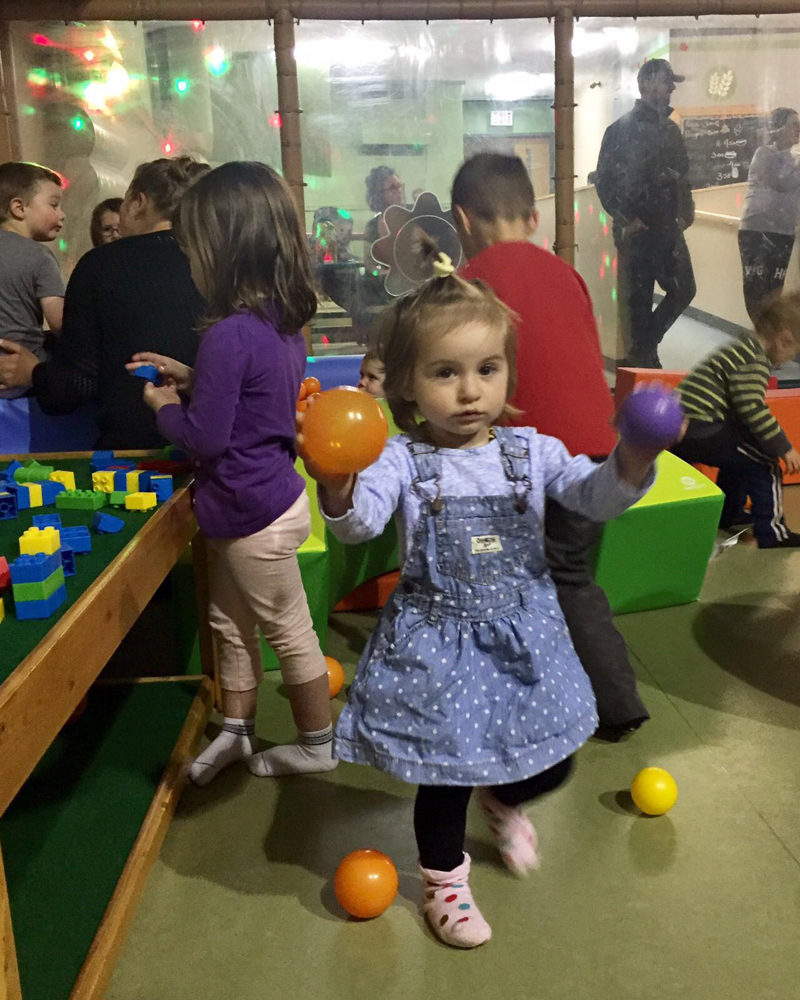 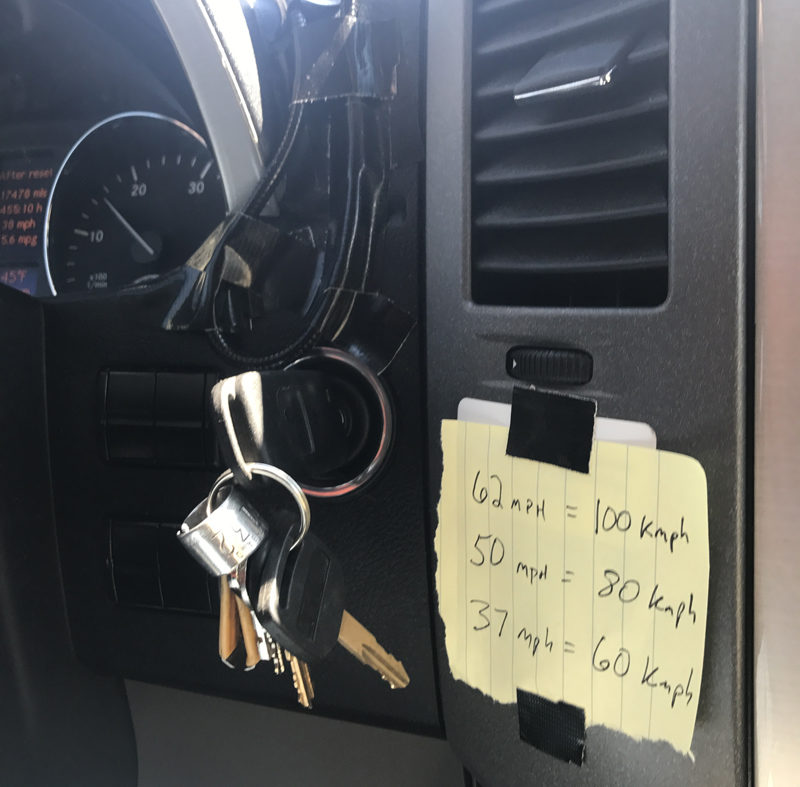