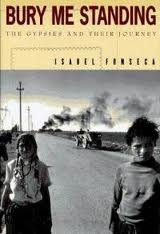 Okay, okay, so maybe book reviews have no business getting posted on a blog which is ostensibly about guiding and fly fishing in Patagonia, nor by a fly fishing guide, however marginally published he may sometimes claim to be.  But why not?  Who knows, maybe I'll end up making this a regular thing.  Sitting in the wind down on Lago Strobel this morning I've just finished a book that made far more of an impression on me than I expected it to:  Bury Me Standing, The Gypsies and Their Journey, by Isabel Fonseca. I bought this book because of an interest I have had in the somewhat unapproachable history of Gypsy culture for some time now, and ended up getting a lot more than I bargained for.  Fonseca's research navigating the tenuous and unwelcoming government offices of post Soviet block countries, the volatile newly emerging order of a wholly nomadic "cultural government" that borders on being a tribal mafia, and on the ground in Gypsy communities (many of those dangerous eastern European slums) is impressive, to say the least.  Not only did she get in and have a look around, she stayed 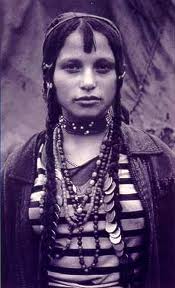 long enough to make an educated guess and draw some conclusions about what the hell is really, and has really been, going on.  Many aspects of the book's historical research shocked me completely.  From the centuries of actual slavery under feudal lords and monarchies, to the accounts of Josef Mengele's beyond twisted fascination with and generally lethal experiments on Gypsy twins (most of them children) are enough to make anyone's blood run cold.  Its true I wouldn't call the book impartial journalism; Fonseca clearly has a love for the Gypsies and a sympathetic interest in their future; but she is realistic in her portrayal of their culture, I believe, and also able to shed some light on why it has been such a difficult culture for the outside world to understand for so long, and so easy a culture for that same world to fear, despise, and oppress.  I highly recommend this book to anyone who has ever wondered about the subject.  But put your seat belt on before you open it; this one is going to hurt.