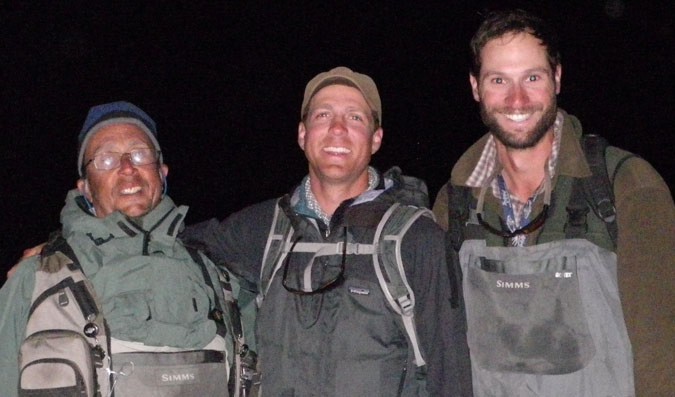 Hi everyone; it has been yet another great week down here in Patagonia. We finally abandoned the campsite out at Nikita’s and headed back in to Rio Pico, b 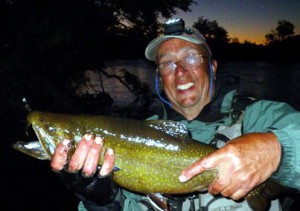 ut not before catching some really nice brookies out of the holes down at Llao llao and beyond on the evening bite. We did one day in a pretty strong wind over on Lago 4, putting in at Los Cerezos, and caught lots of decent rainbows and a few of the largest brown trout I have ever seen come out of that lake. It was a one-fly day though, with the Black Giant accounting for every 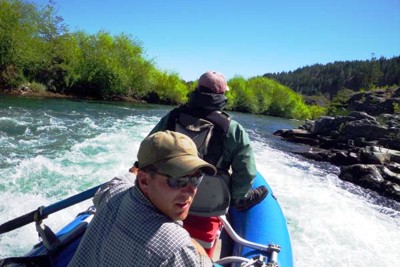 single fish caught on all three rods, which is not to say that Zach didn’t try his best to make something else work. It just wouldn’t. Next we headed out to the town of Corcovado soon after to run the lower river in the boat. This was a heck of a trip, super enjoyable in the sense that it was a beautiful day and we caught plenty of really nice brown trout, and maddening in the sense that it seemed as though we were constantly 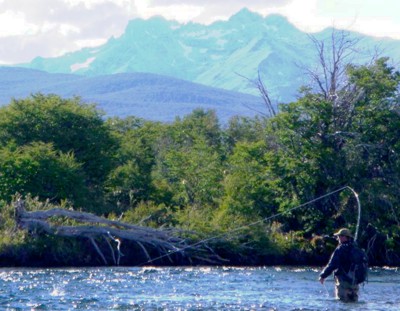 surrounded by leaping throngs of huge Pacific salmon that could not be made angry enough to attack our flies. The river has come down quite a bit since our running of it earlier in the year, and as a result many of the rapids have to be approached in a whole new way to avoid newly exposed rocks, but overall I would say that it fishes easier this way, and that it still isn’t really too bad for the oarsman.  Zach paid me back for all the trips I rowed for him earlier in the year 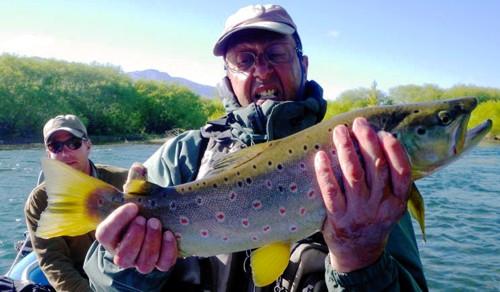 though, spending better than three quarters of the day behind the oars, as I just sat back in the stern and put flies under the branches of the sauces all the way down.

Then it was back to Llao llao and the big bend pool on the way back that evening, and incredibly all three of us got into the brookies just at sunset like they were on fire for our skinny black flies. In between all of this we somehow found time for the big Asado in town at the festival del pueblo Rio Pico, a trip to Esquel for 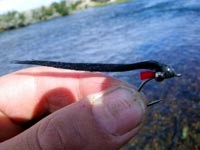 leader material and hard to find groceries, and to run a shuttle for a walk Zach did on the Rio Tecka out by the Ruta 40. Here’s looking forward to next week’s work; it’s a tough job, but somebody’s got to do it!