I've yelled that word more times than I could count, but in the past it has always been in some snow 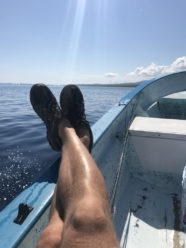 covered cornfield as a ring-neck rocketed up out of the stubble.  Not this time!  The same tactic is applied when these awesome striped rockets appear on one of their ninety mile an hour blitzes through the surf.  Roosterfish had been on my "to do" list for quite a while, but much like Alaska, Mexico was always one of those destinations that was just a bit too close and so always got put off in lieu of somewhere farther away and more exotic.  Since we've been rounding out the neighborhood catalog this year though from the comfort of our Leisure Travel Vans mobile office set up, this month the time had come.  Thanks so much to outfitter James Shaughnessy of Beulah Fly Rods, and all the guests and clients who met us down there to make it happen!

Bahia de los Suenos is a somewhat forgotten paradise, a vestigial trait of the economic boom US investors were riding back before the crash.  Originally built as the jumping off point for a real estate development, the property now functions as a resort and the base of operations for this incredible fishing program.  Far from the touristy hustle and bustle of Cabo to the South, Bahia de los Suenos is situated in what can only be described as a sparsely populated wilderness on the Sea of Cortez, and right smack dab in the middle of some of the best Roosterfish habitat on Earth.  And Roosters were the main reason I was there...

I had fished in a lot of salt water before this trip, and guided in it too all the way from Cape Cod to the Bahamas, but in all honesty nothing could have prepared me for these fish.  They are a phenomenon all to themselves.  When a pod of Roosterfish starts hammering bait within casting range of you it feels like you're

standing in the middle of a F-16 dogfight trying to hit individual jets on the nose with your fly - utter chaos!  The first time it happened the sight of the dorsals alone had me so rattled I probably looked like I'd just stepped out of an Orvis Intro to Flyfishing class.  These fish are so fast you have to lead them by yards, but they change direction so abruptly half the time by the time you get a fly in the water they've already switched course three times!  Honestly, it's humbling. And awesome.  And then when it all comes together and one of them inhales your sardine pattern, IT'S ON.  To say that you are likely to see backing would frankly be an understatement.  We all saw lots of backing... 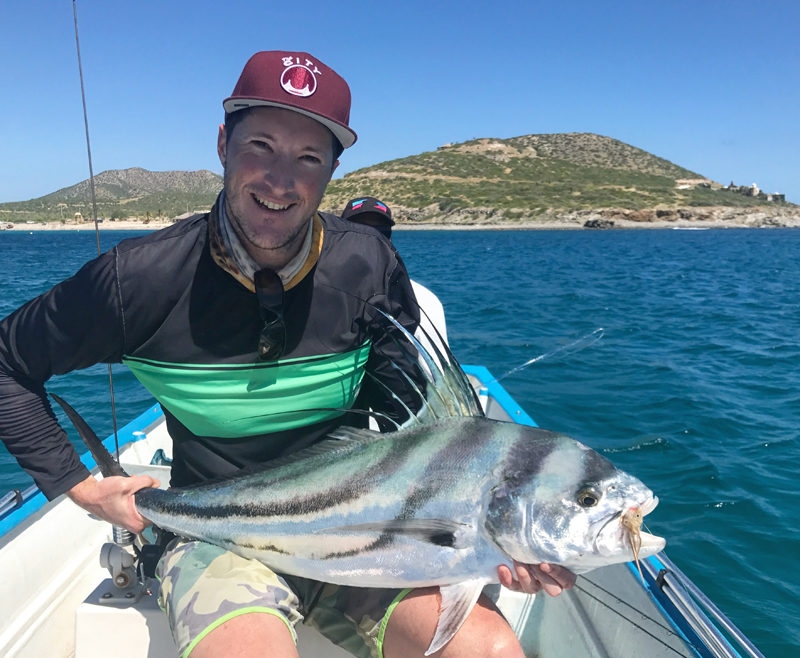 It's hard to compress a week like this into a few paragraphs of prose.  Honestly, I think all I can really do in that regard is to say that everyone who came had a spectacular time, and that the days went by far too fast even though they were so crammed full of action it seemed like we were there for a whole season.  Fish were beyond plentiful, the weather was cooperative, the food was spectacular, and the beach was more than accommodating every evening as we washed off the sweat and fish slime of the days.  Not all the time was spent on Roosters, and in truth the Yellowfin Tuna, Dorado, and other species we chased were all welcome additions to the playbook.  So thanks so much to everyone who came along, and for those of you who didn't - shoot me an email - we're already planning two more trips for next year! 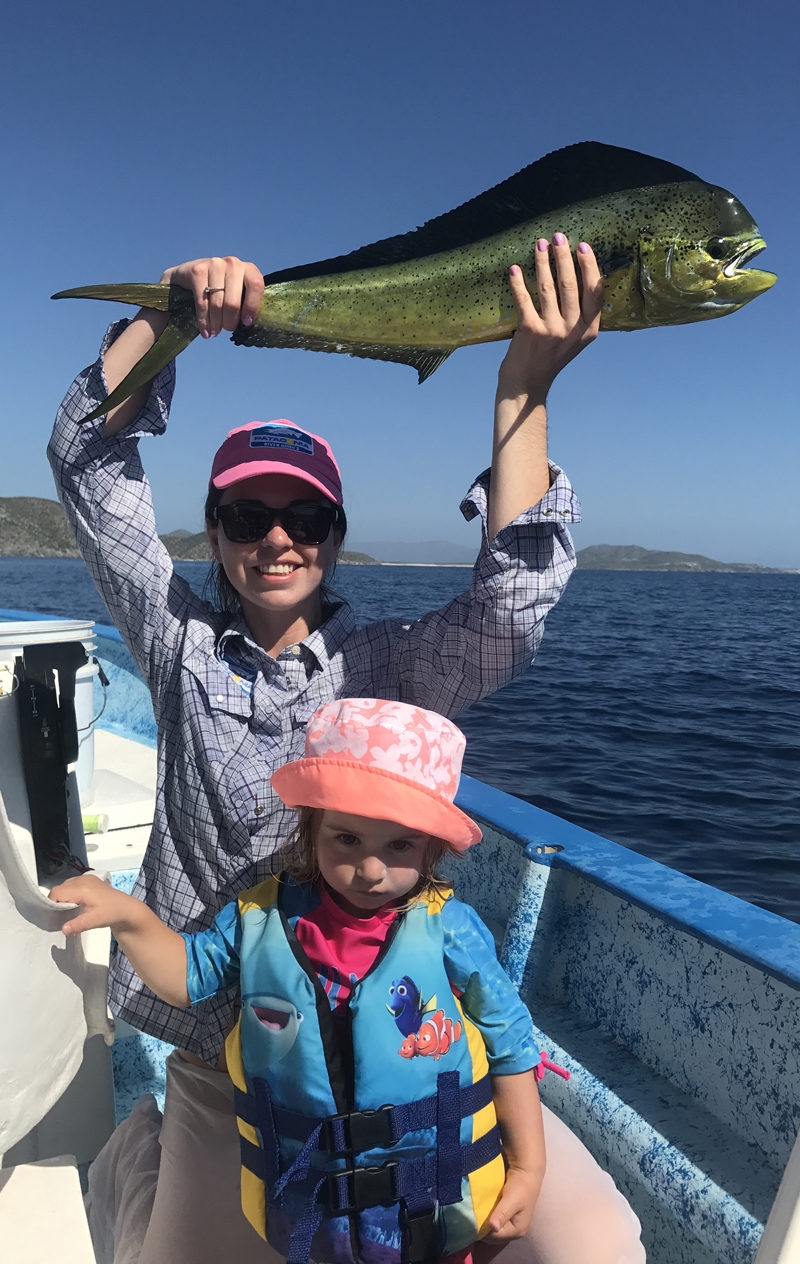 Khadizhat and Aya with a nice Dorado she got herself on the eight weight! 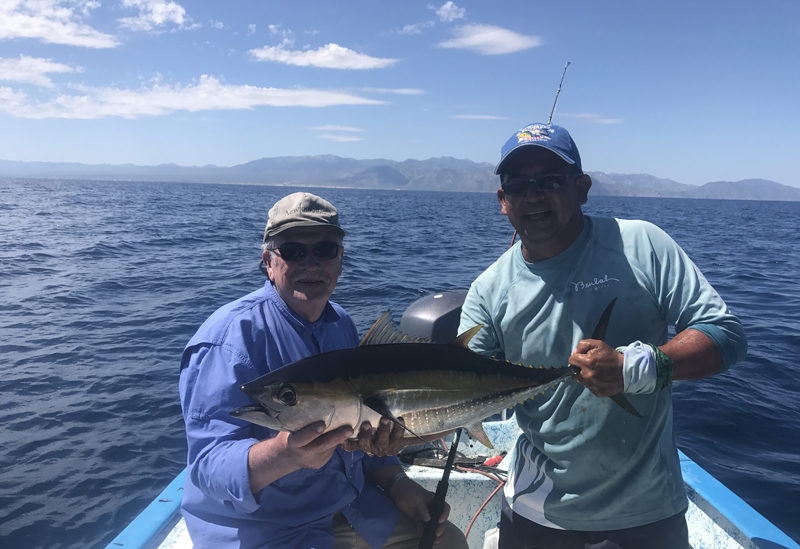 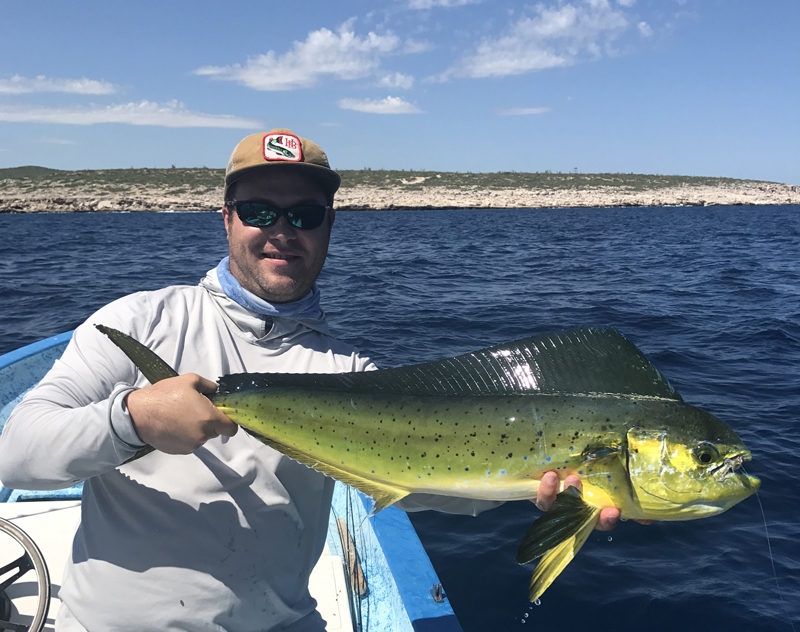 Mike Terepka with a Dorado 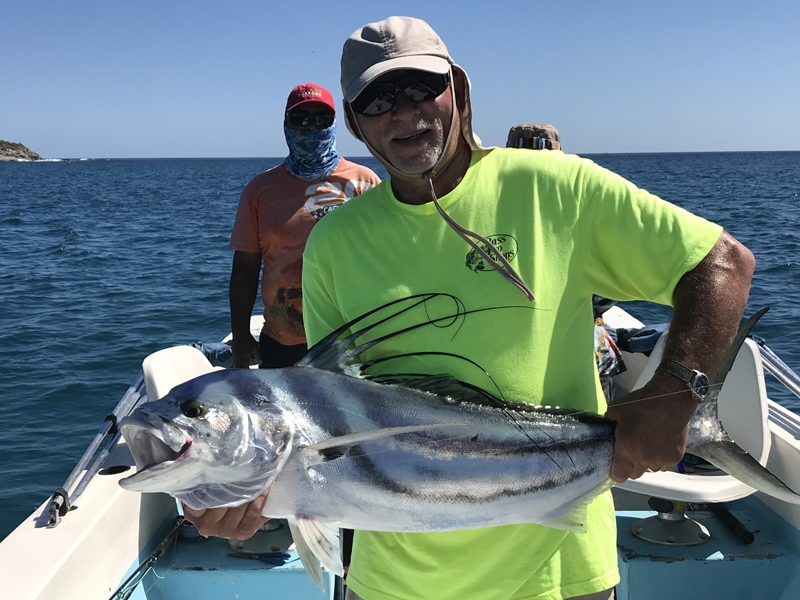 Norm Urbat with his first Rooster of the trip 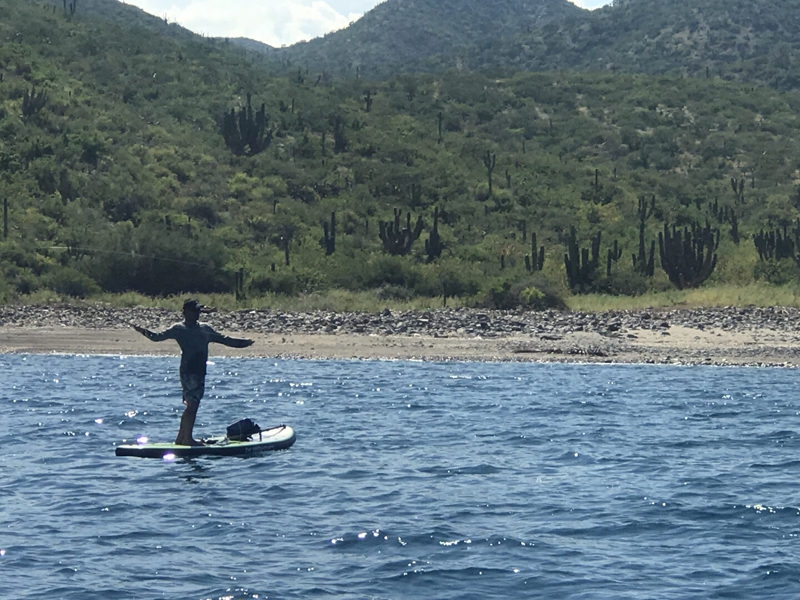 Who knew needlefish got this big??? I mean, seriously??? 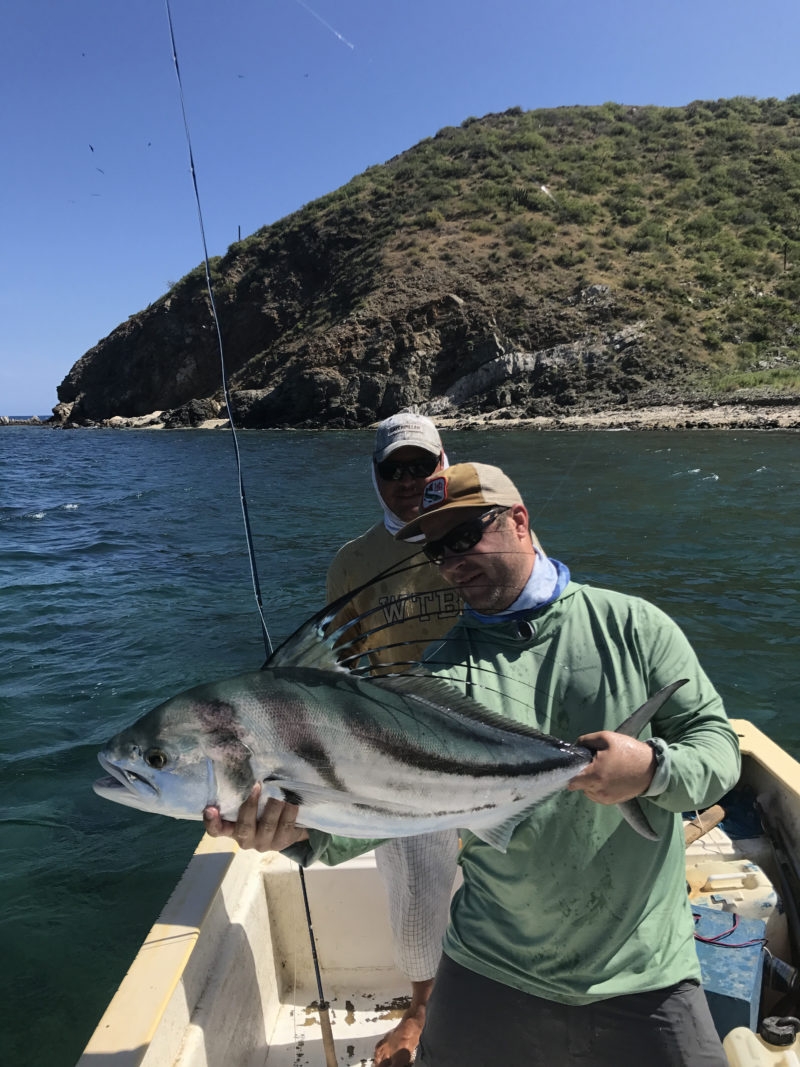 Mr. Terepka with a Rooster of his own 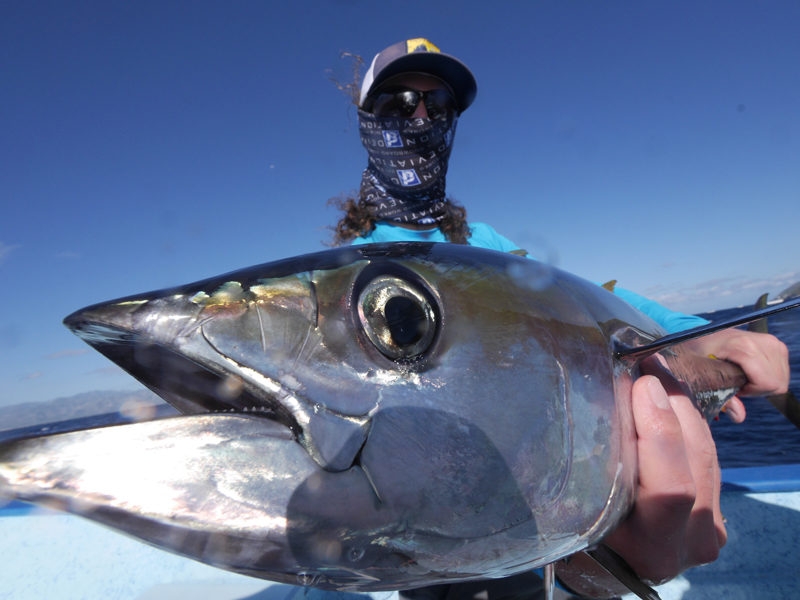 Ryan Benson with a fly caught Yellowfin - his first ever! 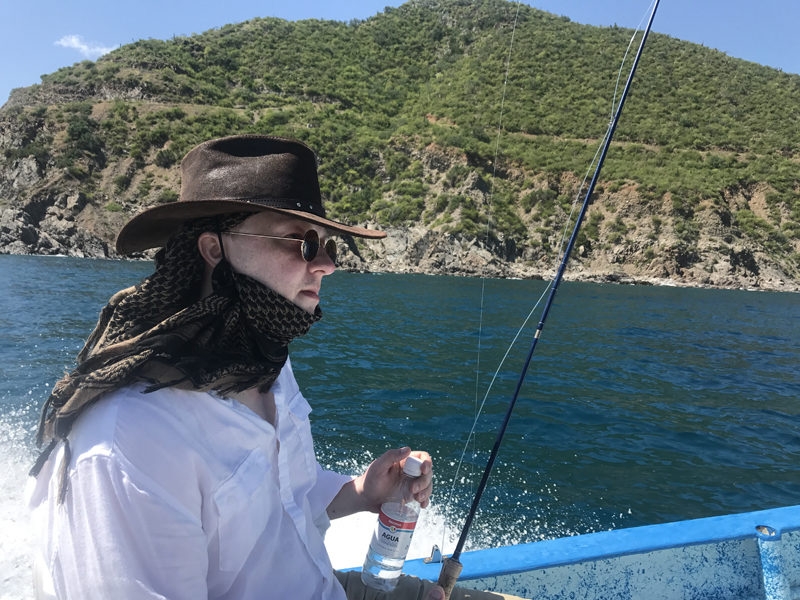 Charles Mize rockin' it across the bay

James and I doubling up on the tuna 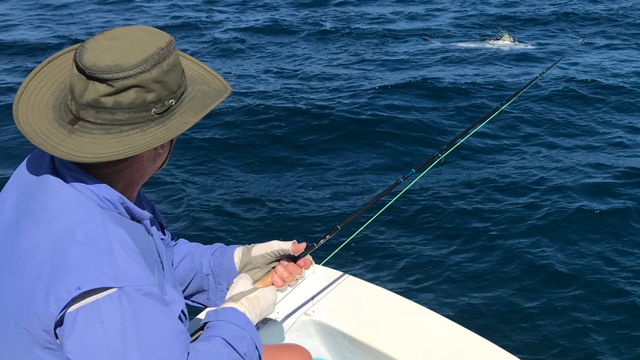 Roger Bertsch with a Rooster almost in

Yellowfin making one last ditch effort to get deep 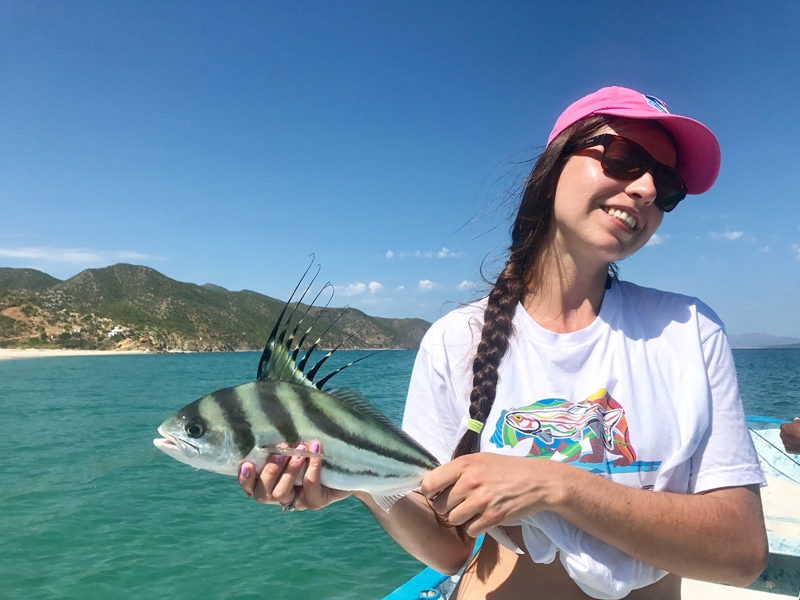 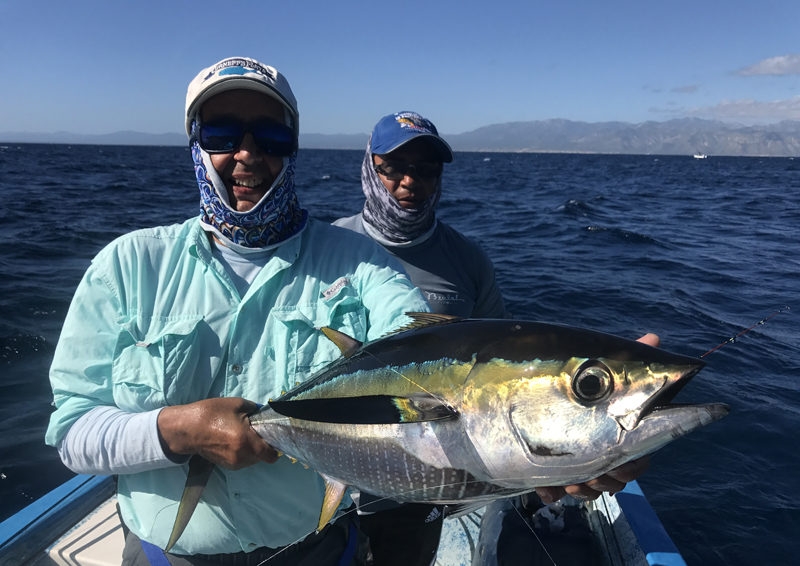 Sal Bruno with that night's Sashimi in the making 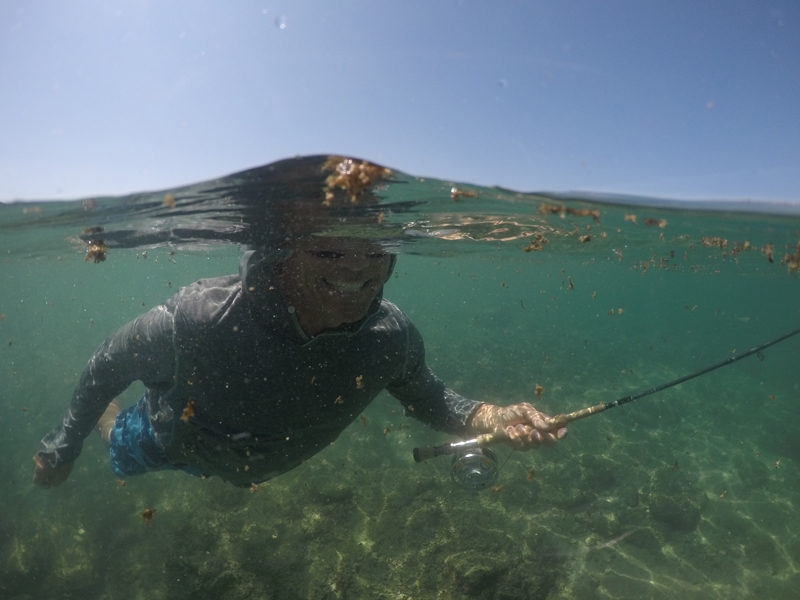 James puttin' the sneak on em' out front 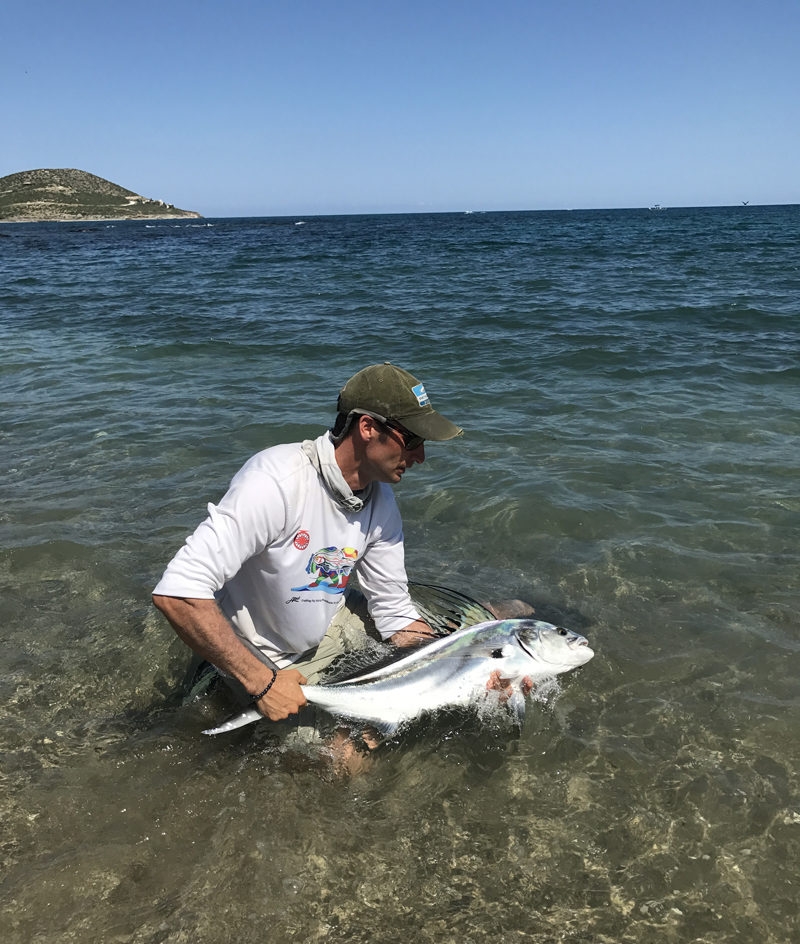 My humble self making the final release