January 5, 2015
A Month in India with the Mighty Mahseer
by 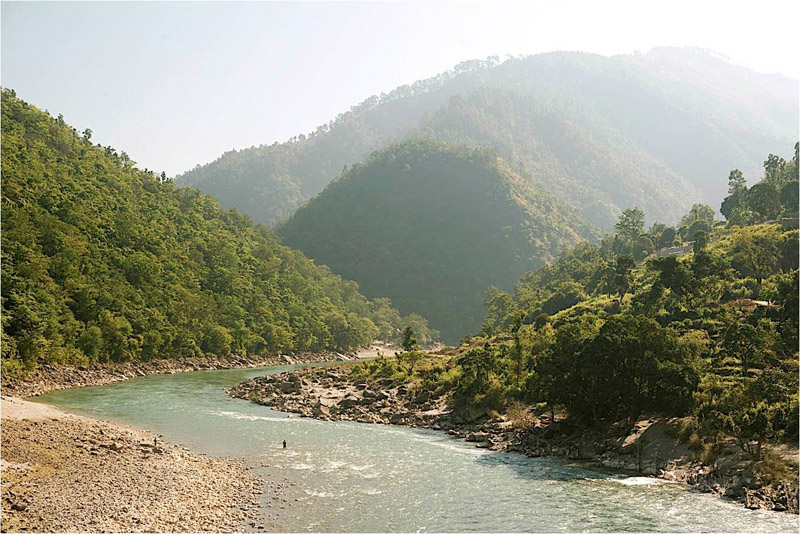 You know, I would like to have thought that with the year I’d done already prior to this recent trip, a bit of time chasing Mahseer in the Himalaya would be just one more footprint on the path.  I mean -  rivers, flowing water, fish, boats, tents; it’s my usual world, right?  Nope!  India is a whole nother ballgame, and one that I think it would take a good long while to move from the astonishing experience that it is for me to the realm of simple “trip” or “destination”.  After almost a month of travel in India this time (I had been there once before) I still couldn't really even pretend to understand most of what I saw going on around me every day.  There is just too much of it. And it is far too diverse. Between the dozens of religions/cultures and the hundreds of separate sects and types of environments within those, all of it built into a density of interaction unlike anything else I’ve seen on Earth, the scale of the thing is just too great. Which,… is awesome!  In the truest sense of that word’s definition. 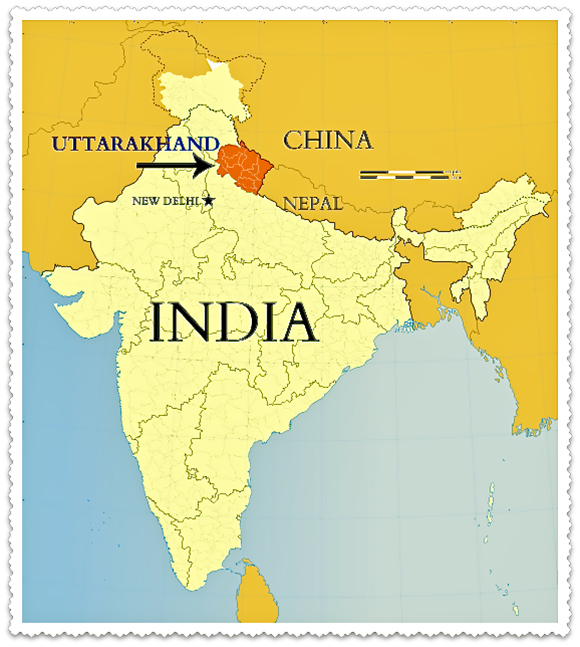 Arriving in Delhi it was easy to see that a lot has changed there since I flew in on other business back in the winter of 2002.  That city is on the move, and in an uphill direction, at least in terms of economics and polish.  But like so much about Indian history and culture, it is still a totally confounding set of contrasts that for the most part I can’t even begin to figure out.  So I didn’t hang around there too long trying.  Instead I headed North, and East, until I had reached one of the headwaters of the same river system that forms the Yamuna, which flows through Delhi in a condition that can literally bring a lover of rivers like myself to tears. 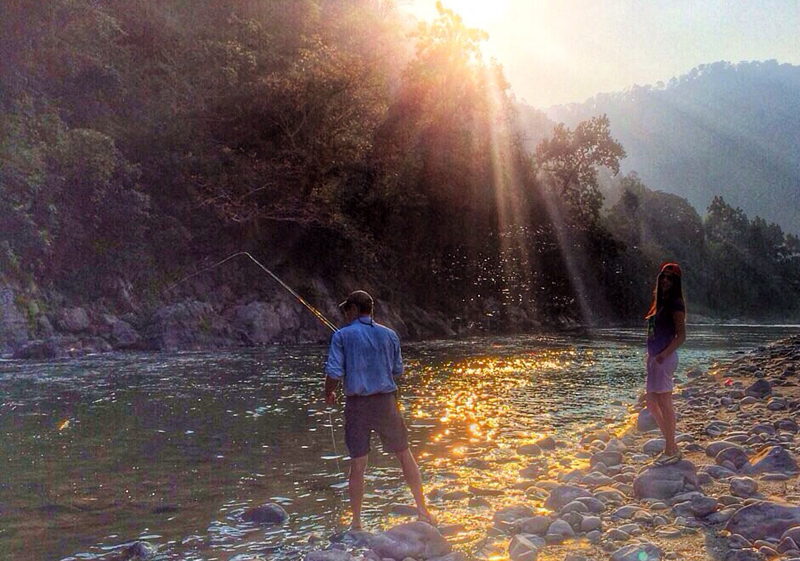 But up in the mountains bordering both China and Nepal she is still beautiful, and my bungalow at Misty Dhillon’s lodge was situated directly above a hole full of perfectly visible and excitingly heavy Mahseer.  Bingo, no?  And as such the fishing began, first on rivers, then on a combination of streams and lakes, some of which were on the borders of the Jim Corbett Tiger Reserve where the lodge itself sits proudly. 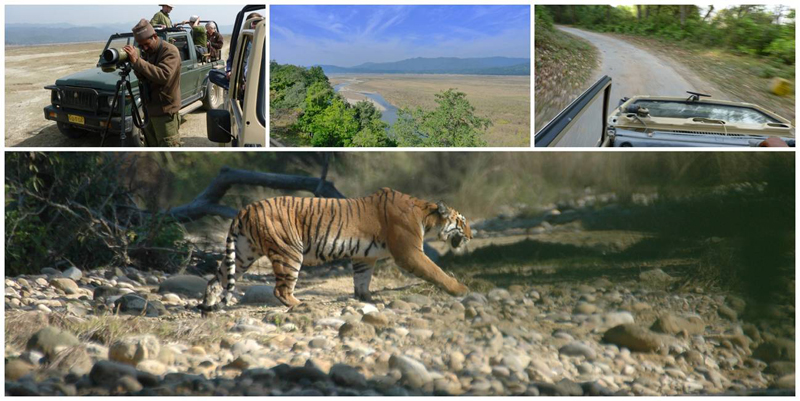 This amazing piece of property offers excellent opportunities for wild tiger observation, as well as some of the best birding I have ever seen anywhere in the world, and to be honest I felt right at home there. 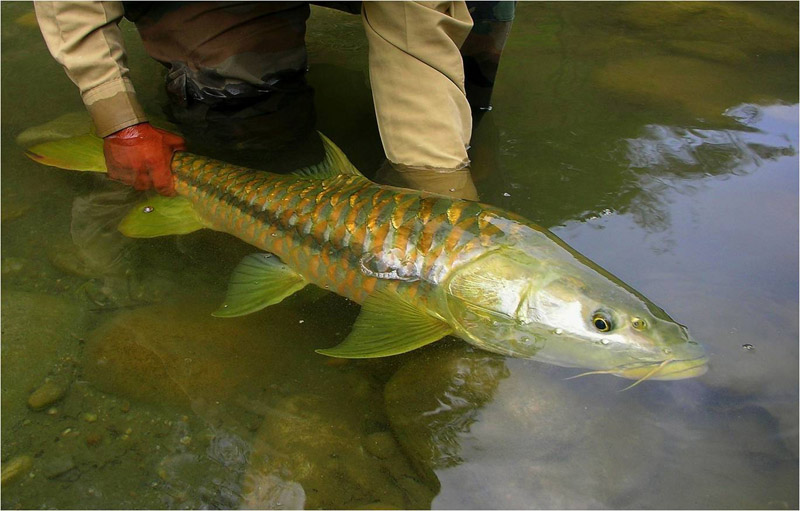 Mahseer are really cool fish.  Imagine a cross between a grass carp and a bonefish, but with an appetite and feeding habits more like those of the Muskie or the Taimen.  And they fight!  Even a five pounder can easily take you into the backing for all that you are fishing 16 pound tippet when you hook him. 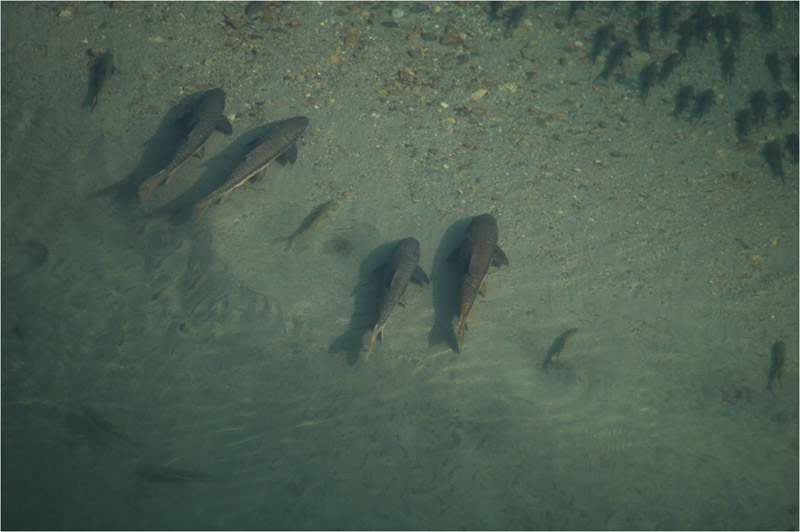 Misty’s operation is top notch, and I am happy now to announce that we will be adding it to our catalog with the next Patagonia Unlimited website update.  He’s been outfitting for Mahseer now longer than anyone else in the country, and from the quality of the lodging, to the incredible food, to the well thought out array of non-fishing activities which are offered, everything about the operation is impressive and adds up to a top notch experience in a part of the world I think all should experience at least once in their lifetime. 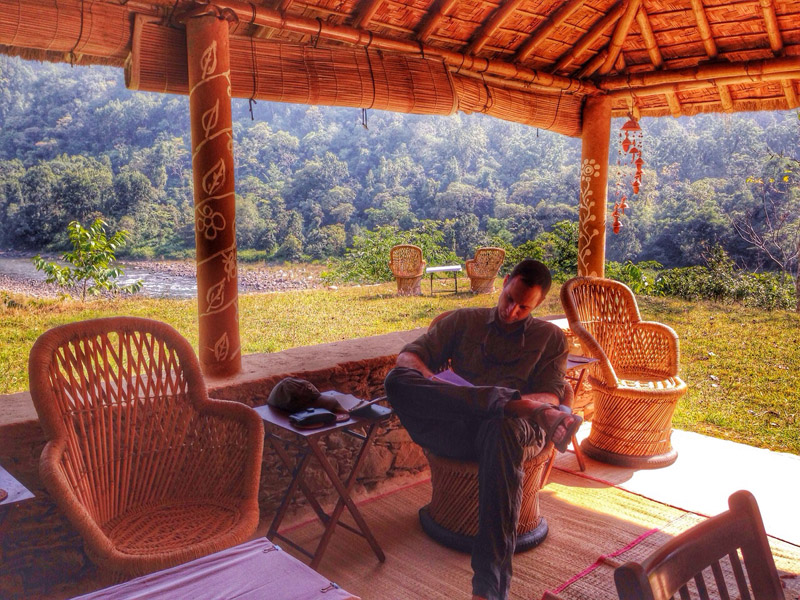 I fished both his lodge and some of the float trip/camping environments, and to be honest there was hardly a difference in comfort between the two, which is to say that the camping trips are extremely well thought out and executed, with all the creature comforts of a top notch accommodation. 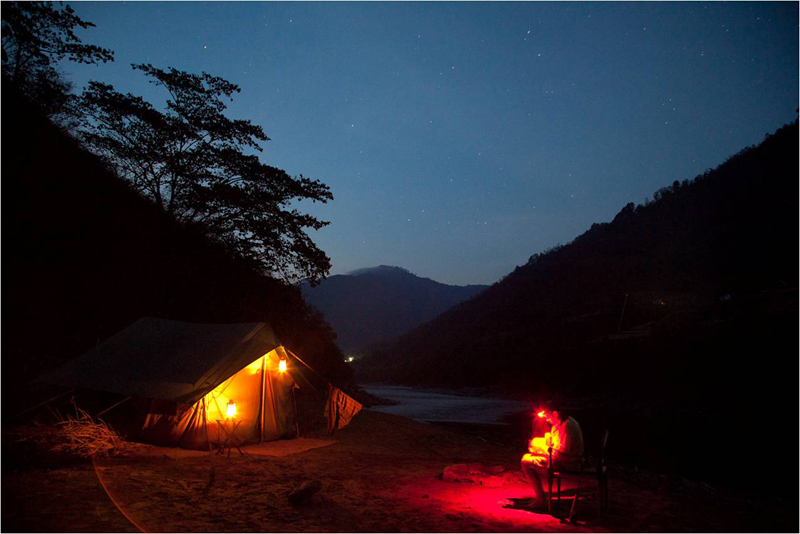 And now, my friends and family, it is time to make an introduction.  Meet – Khadizhat. 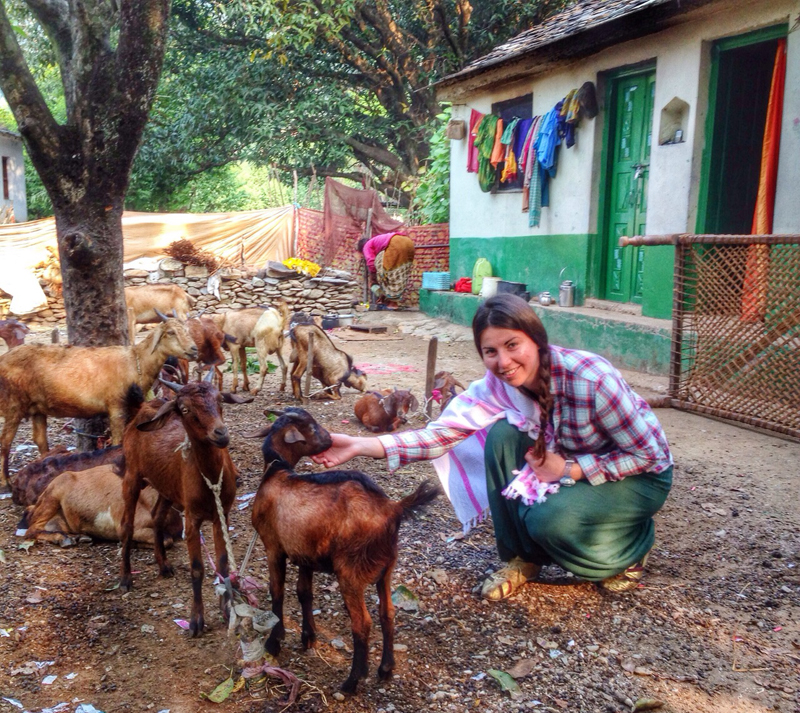 This is a girl who came into my life last June while I was in the Peruvian Amazon, and while how that happened is an interesting enough story in its own right I will save that for the campfire when we are together in person sometime.  Suffice it to say here though, the connection stuck. 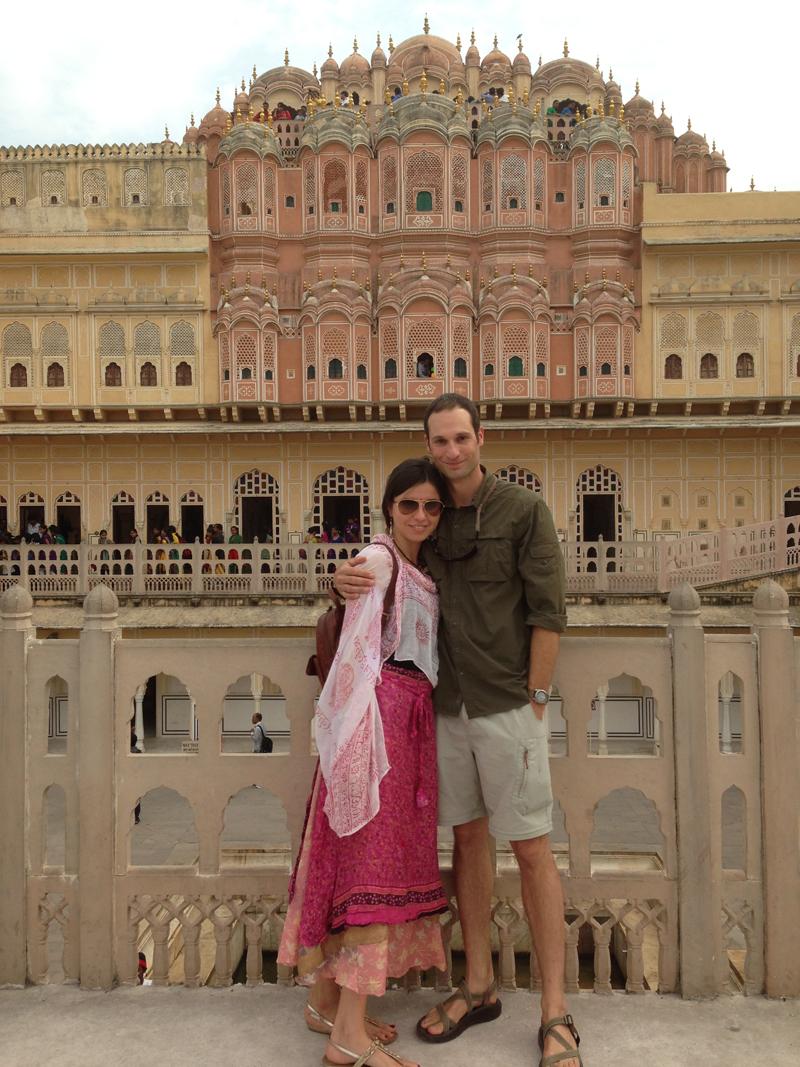 By the time I went to Russia things had already gone past the point of commitment, and when we met back up in India the connection and commitment did nothing but continue to grow.  Khadizhat accompanied me on the Mahseer exploration, sleeping in a tent for the first time in her life and adapting herself to the use of a fly rod as though it was the most natural thing she’d ever done, and then when the fishing was over we traveled together seeing sights and experiencing the country in amazing symbiosis. 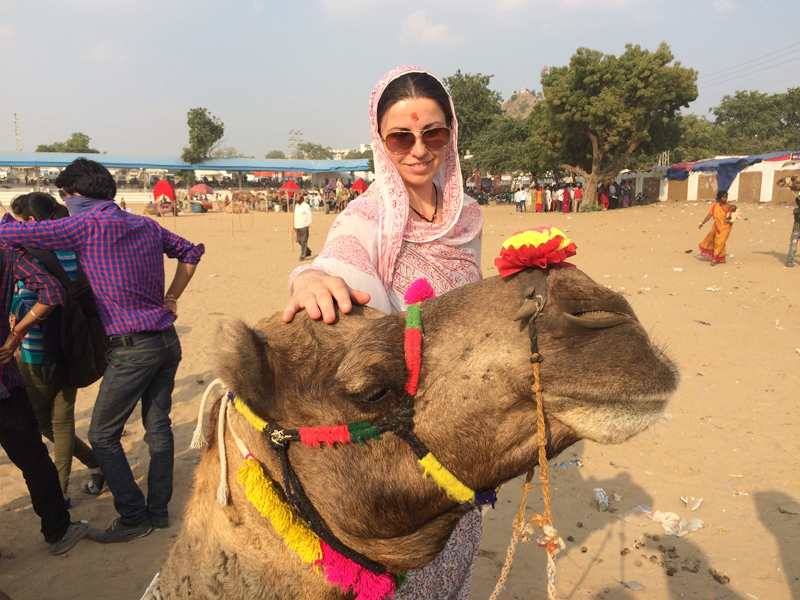 I figured it was sort of a litmus test, really, the idea of bumming around one of the most difficult places to travel on Earth for a few weeks in the form of a first date; but the test was passed with flying colors, and I have to say that the roots of this relationship run deep. 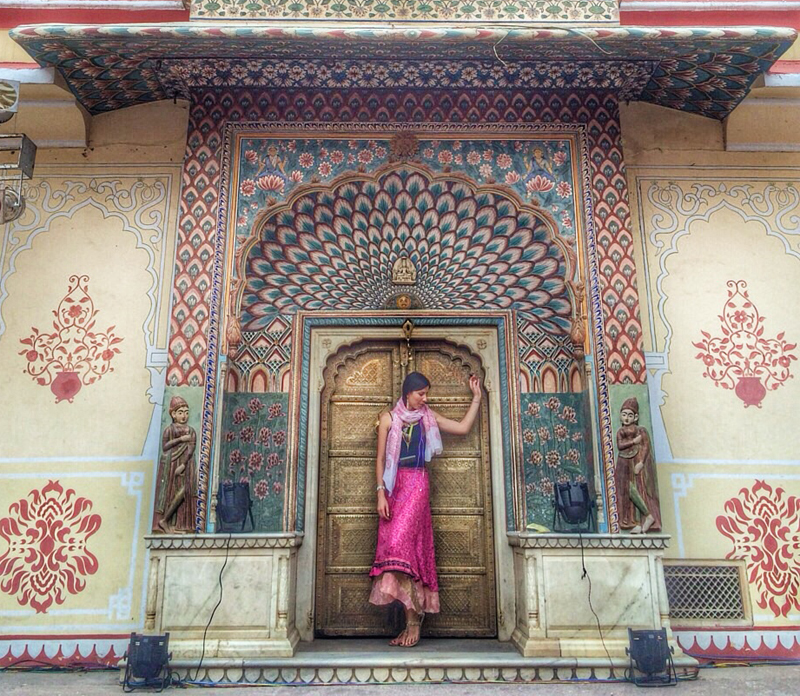 I expect you’ll be seeing a good deal more of the girl here in the years to come.  But as far as this trip goes suffice it to say that sights were seen, elephants and camels were ridden, ascetics and sadhus where communed with, ceremonies were performed, and a good time was generally had by all involved. 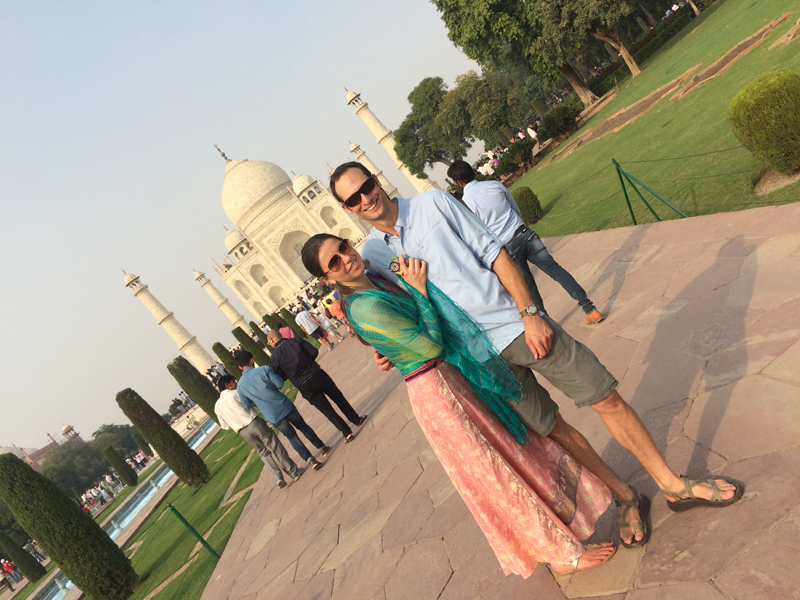 I want to express my enormous gratitude to my new and very good friends Tegbir, Ishneet, and Arjun for all their amazing hospitality, and to say that sooner rather than later I hope to be back in this amazing and stimulating place. 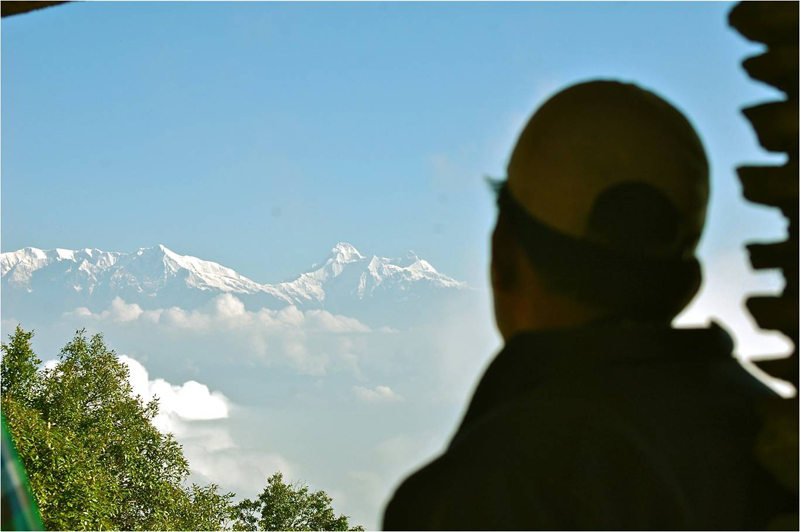 Looking out across the Himalaya. 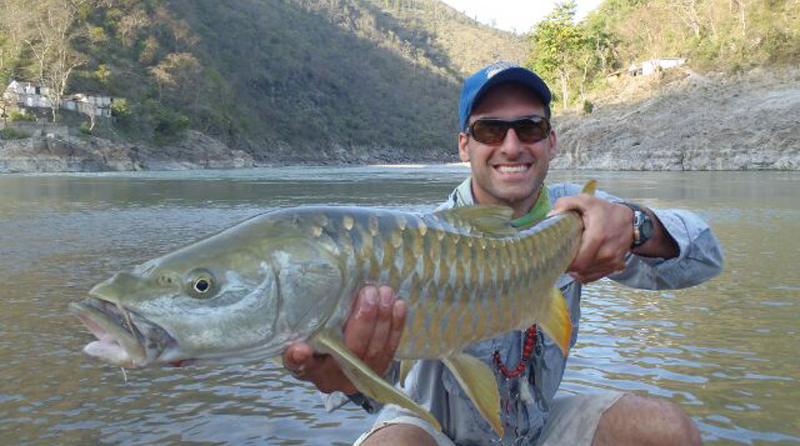 Mahseer on the fly. 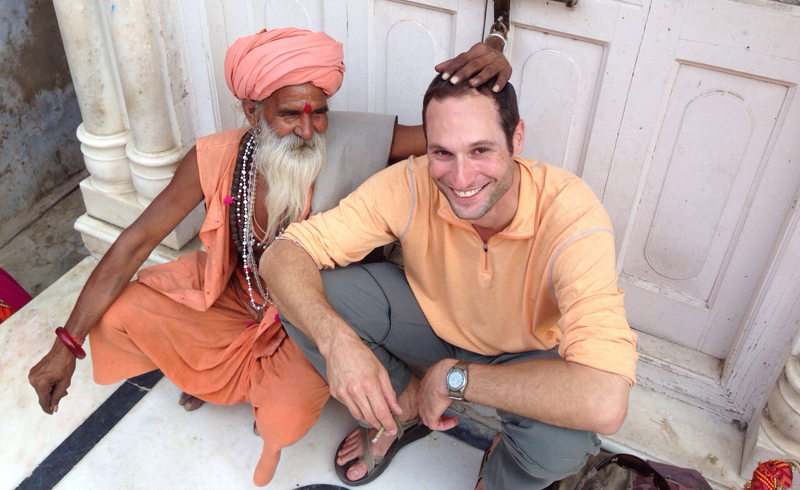 Bidi with a Sudhu. 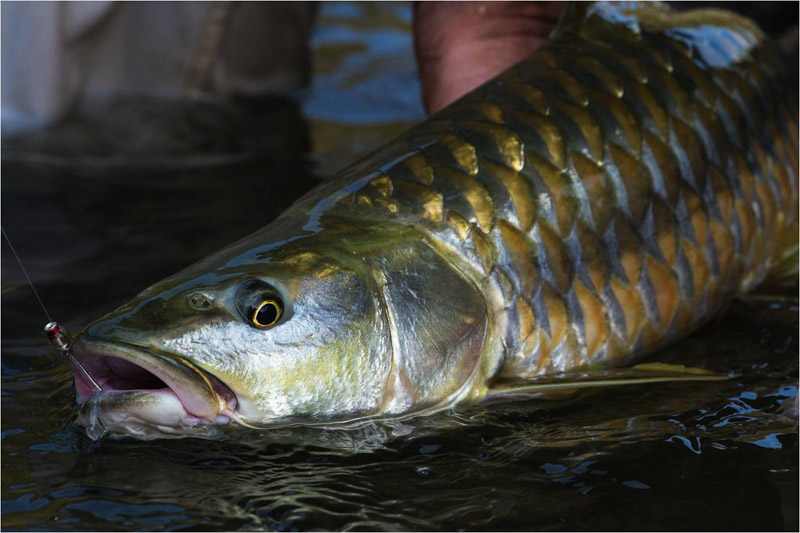 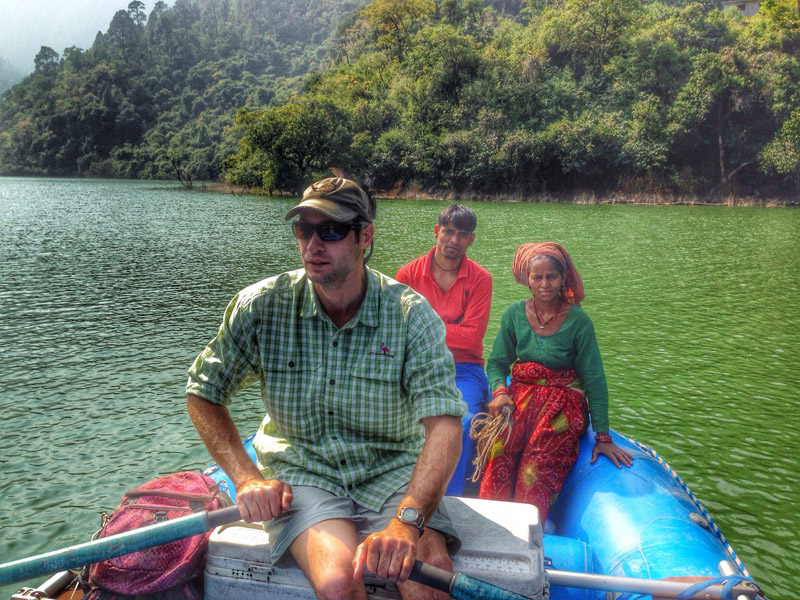 Rowing some locals across the river 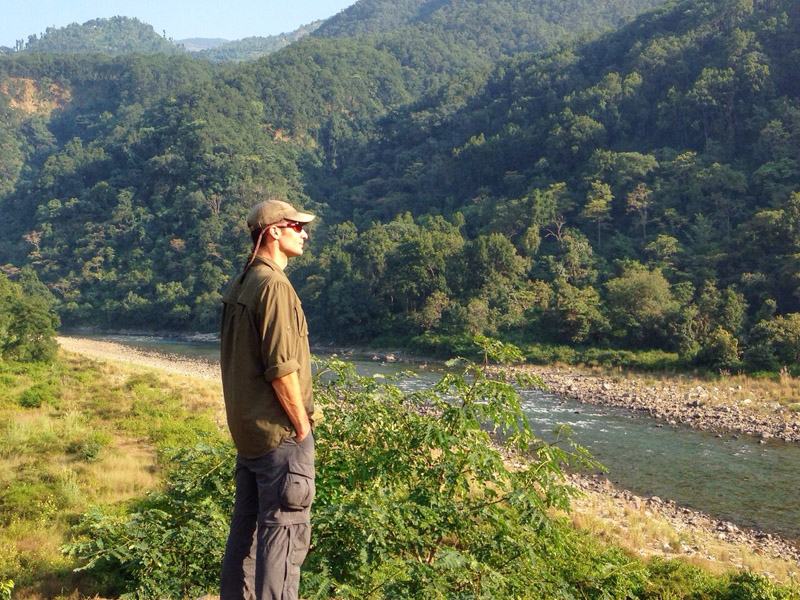 For now though I am back in Argentina and ramping up the season.  The fishing has been awesome so far and the water levels are good, so for the next few months I am going to be in my usual spot behind the oars.  Everybody send me an email when you get a chance to let me know how things are going in your part of the world, or better yet, just come down and have a visit.  I hope to be talking with you soon!