Hey Folks!  I hope this post finds you all doing well, wherever you are in the world.  Where I am it is autumn, and the light has bent from green and blue to yellow, and is making its way on to orange even as I type.  Fall light is something I have thought a lot about over the years, and while I do love this country better than 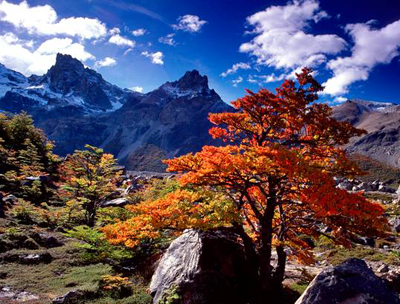 almost any other place I have seen in the world, I must still admit that the light down here in March and April is not quite the same as it is in the Northern Hemisphere in September and October where I am from.  The Alders in Colorado and the Oaks and Maples and Poplars in Georgia just have our Nires and Lengas (Andean beech trees) beat, and to be honest the whole angle of the sun isn’t quite right either.  But it’s what I’ve got to work with; and I’m milking it for all its worth.  This particular change of seasons is so dear to me though I’ve been known to start adding nutmeg and cinnamon to my coffee even in the spring, just on general principal and out of respect for the word October.  Oh well; I’m hoping to enjoy two autumns this calendar year, so those of you in my neighborhood up North keep your ears peeled for a knock on your doors come fall, and keep the fly rods handy too. 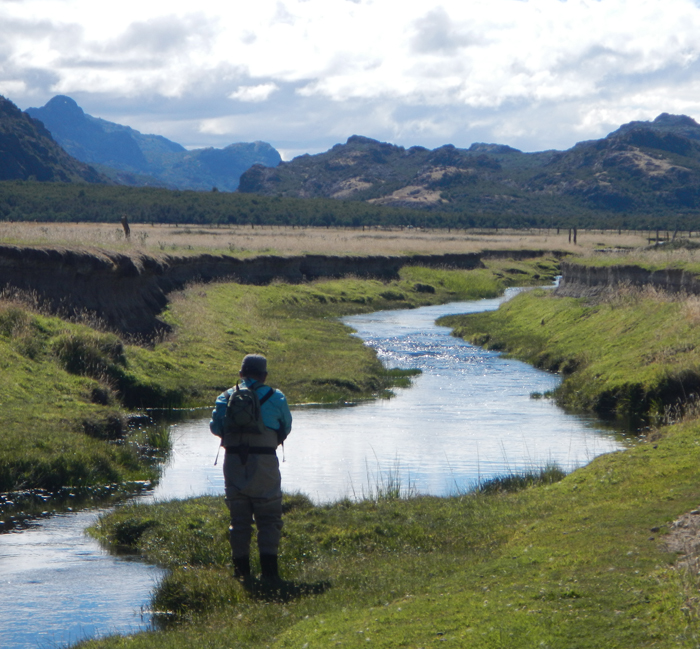 In other news, I’m just in from Rio Pico and had a wonderful time with this last group.  It was a family brought down by my good friend Trey Scharp, one of the owners of Grand Teton Fly Fishing up out of good ol’ Jackson Hole, Wyoming (one of the places sporting beautiful yellow alders in September).  Highlights from last week included a 27” buck-brown caught on a dry fly with 4x tippet from some very 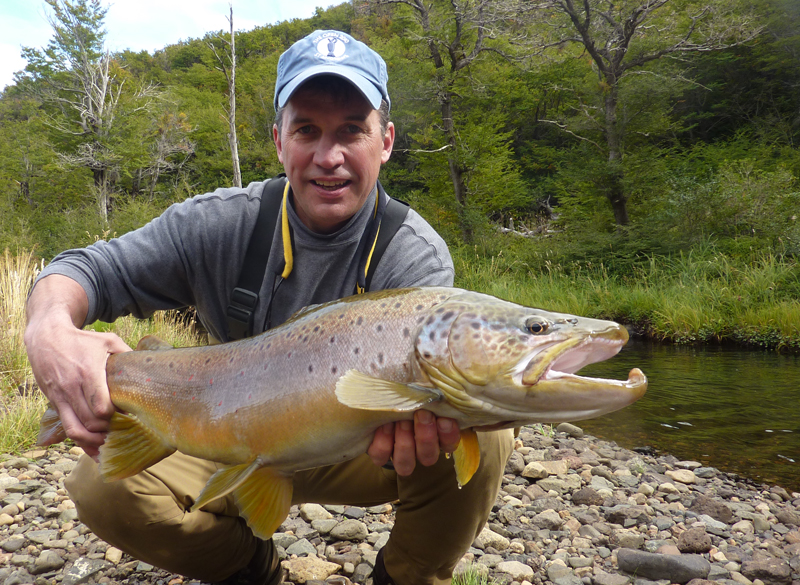 skinny water, lots of good rowing through beautiful country, and an array of jokes and stories told that will keep me thinking about these folks for many months to come.  This season has been a great one so far, and I’ll be sorry to see it go.  But it’s not over yet.  As I write this post I am taking a short break from some serious trip-prep process, for I am leaving in a couple of weeks to do a month long float trip through one of the longest free-flowing glacial drainages left on Earth – the Rio Santa Cruz.  Born from a large ice field deep within the heart of the Andes, the Santa Cruz flows unhindered and practically un-touched by human influence from its high-altitude origins all the way to the Atlantic, crossing one of the least populated and still pristine regions in all of Patagonia.  And on top of that, this unique river has become the home-environment of one of the most genetically pure strains of Pacific steelhead in existence.  First stocked with McCloud River California steelhead sometime before 1930, the Rio Santa Cruz has proved to be an ideal environment for this anadromous fish, a species suffering from loss of habitat, genetic tampering, and over-harvest almost everywhere else they exist on Earth today.  And Zach (Tweed) Otte, Loren Elliott, Hernan Salvay, and I intend to get to know it – intimately.  We’ll be on the river for somewhere between three weeks and a month, floating it in its entirety from the mouth of Lago Argentino to the Atlantic likely without much possibility of running into a single other soul along the way; but the fishing, well, it should be spectacular.  Stay tuned for an update on that when we get back.